During the occupation of Kyiv Oblast, the Russian military called friends and relatives from their Russian numbers. These calls were recorded by mobile stations in the settlements, and the journalists have received some detailed information about these calls and processed it. This allowed them to obtain some additional evidence of the presence of the occupiers in specific settlements. First of all, servicemen of the scandalous 64th Brigade from Khabarovsk, as well as the 37th and 5th Brigades from Buryatia.

This is stated in a new investigation of «Slidstvo.Info» — video has English subtitles.

Recently, «Slidstvo.Info» has received a list of several hundred Russian phone numbers with which someone called mostly Russian numbers as well. The list was provided by reliable sources. The calls were made in Kyiv oblast in March, at the time when some settlements were seized by occupiers trying to break into Kyiv.

In addition to the Russian phone numbers, the journalists have also received the addresses of the mobile base stations near which the calls were made. They are located mostly around Kyiv: Bucha district, as well as some villages in the north of Kyiv oblast. Journalists have also received some information about the owners of these phone numbers and undertook a more thorough search.

As a result, «Slidstvo.Info« has identified about a dozen Russian servicemen, the exact dates of their presence, and their locations in Kyiv oblast.

In particular, from the received list of phone numbers, the journalists have identified more than a dozen occupiers from the 64th Brigade, whose phone numbers were recorded in the occupied regions of Kyiv oblast in March.

The 64th Separate Guards Motor Rifle Brigade from Khabarovsk Krai is perhaps the most «famous» among the occupying forces. It was this Russian brigade that was notable for its special atrocities in Bucha. The Russian occupiers have tortured and shot hundreds of peaceful Ukrainians. By the way, after leaving the Kyiv oblast, Putin awarded this brigade. Recently, the Ukrainian prosecutors have announced the first suspicions to ten servicemen from the 64th Brigade. According to the investigators, they captured and tortured civilians.

According to the lists analyzed by the journalists, the servicemen of this brigade were in the following settlements in March: Makariv, Nalyvaykivka, Chervona Sloboda, Kolonshchyna, Borodyanka, Shpytky, and Lychanka. 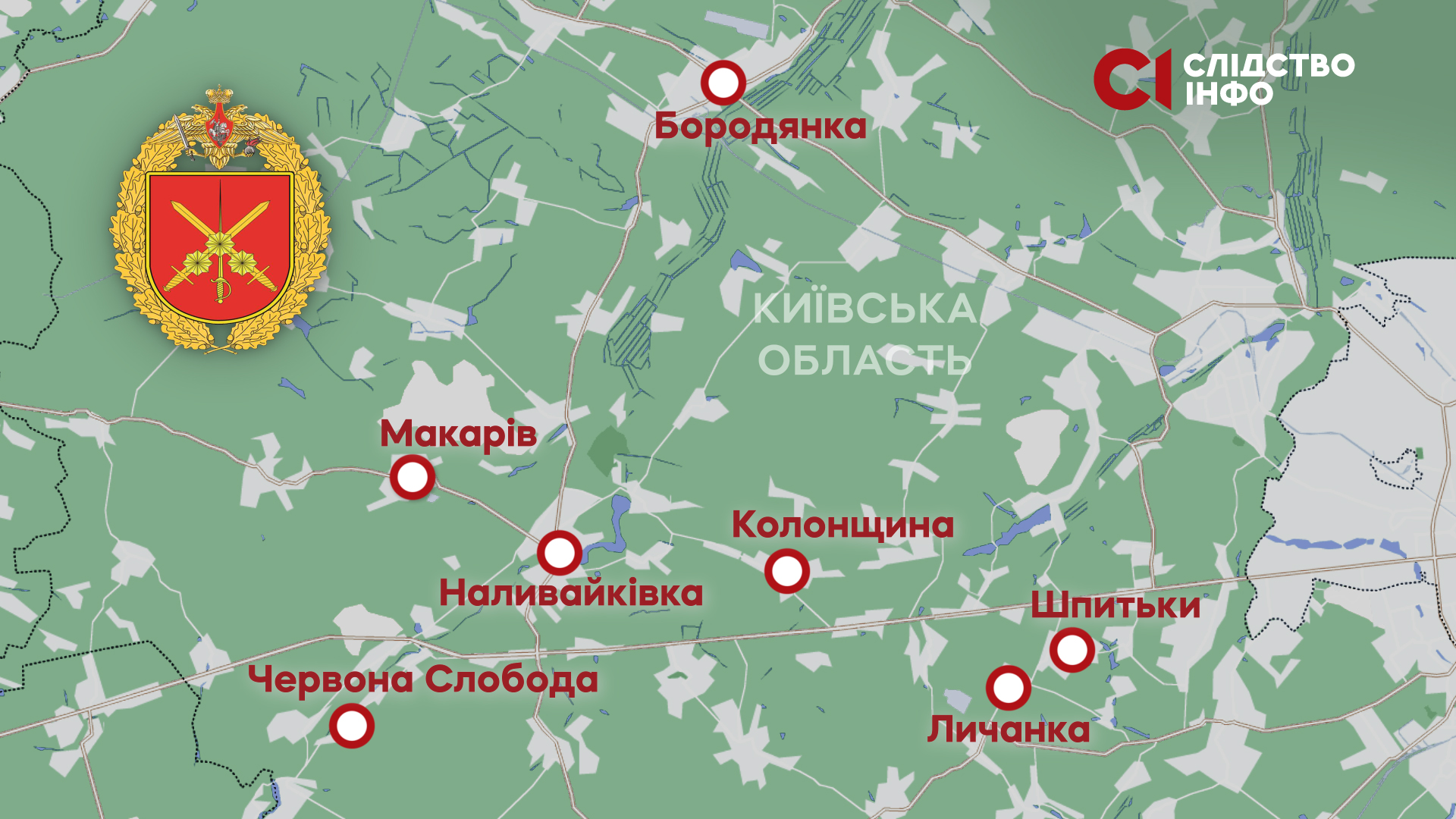 For example, a 27-year-old native of Tomsk oblast Maxim Deev. According to the journalists, on March 3, his phone number was active in the village of Makariv in Kyiv oblast. 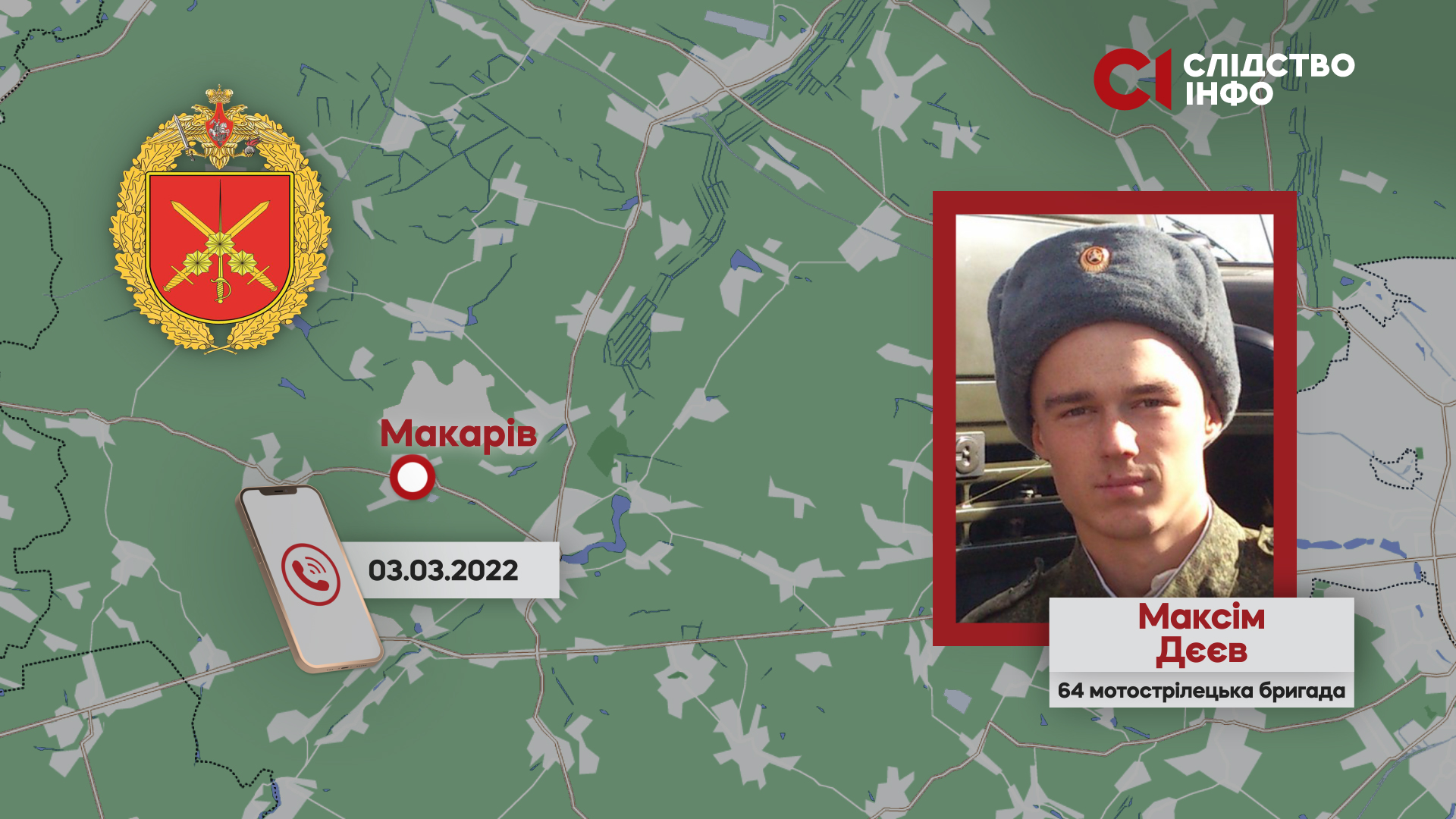 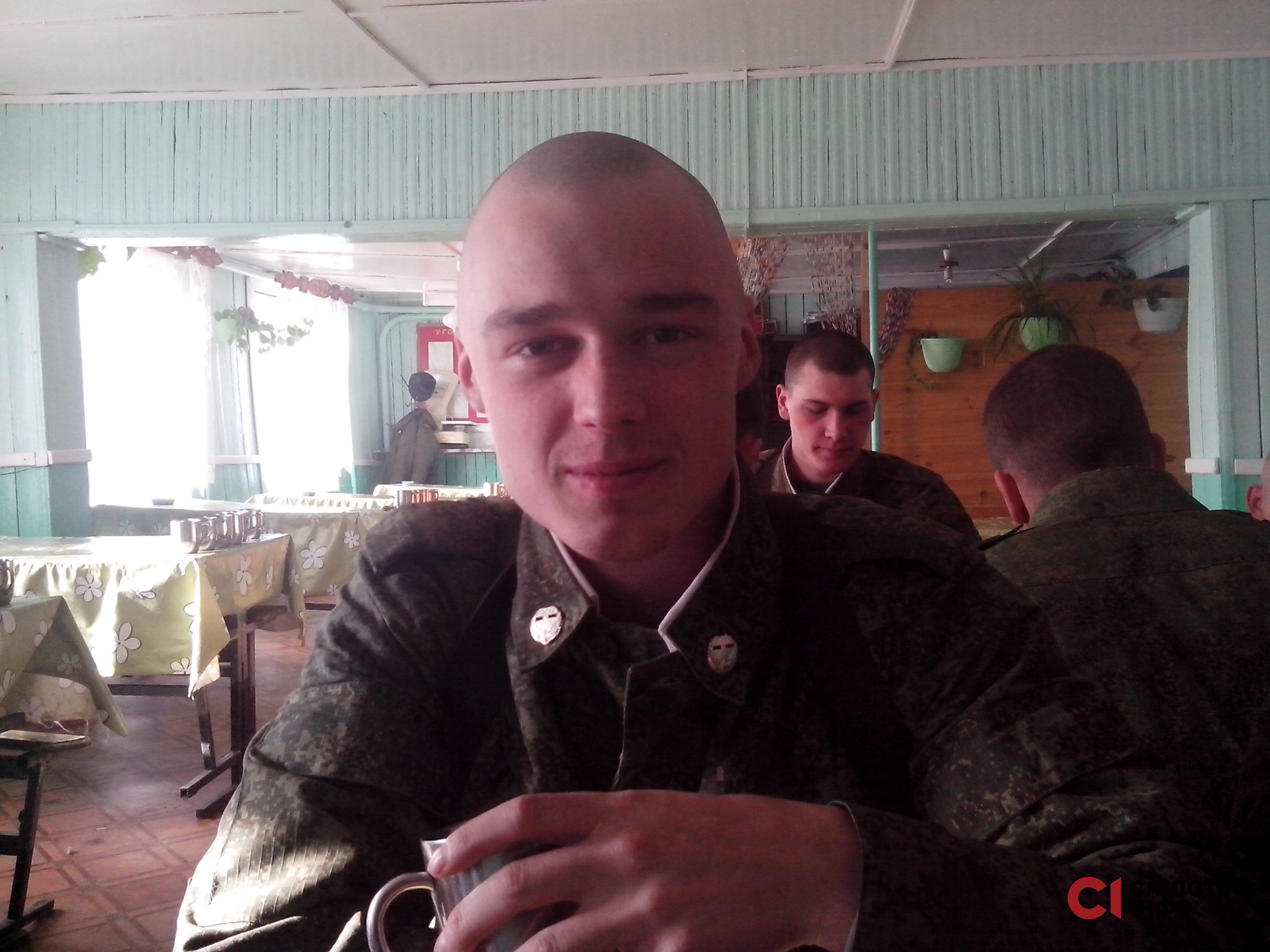 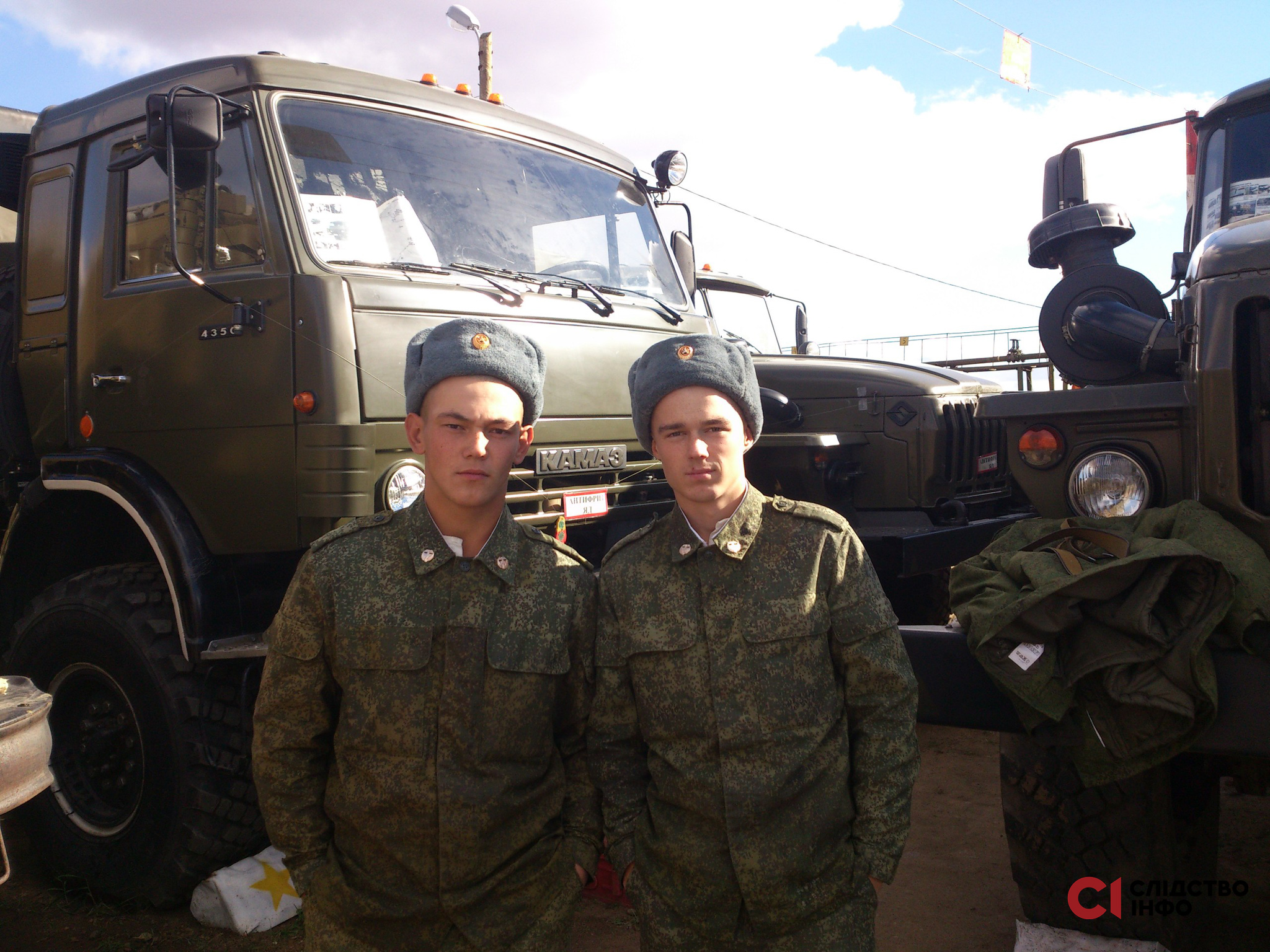 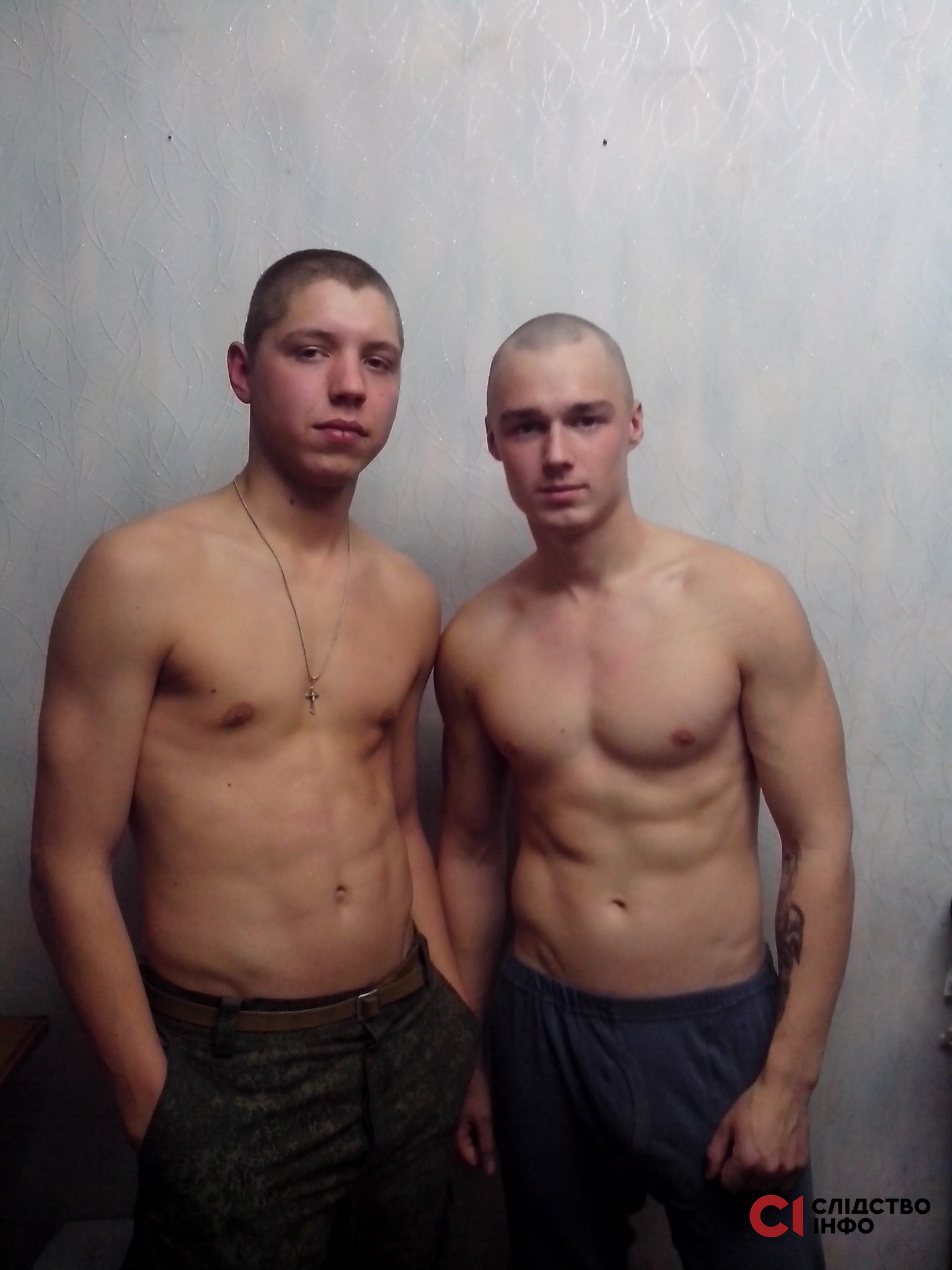 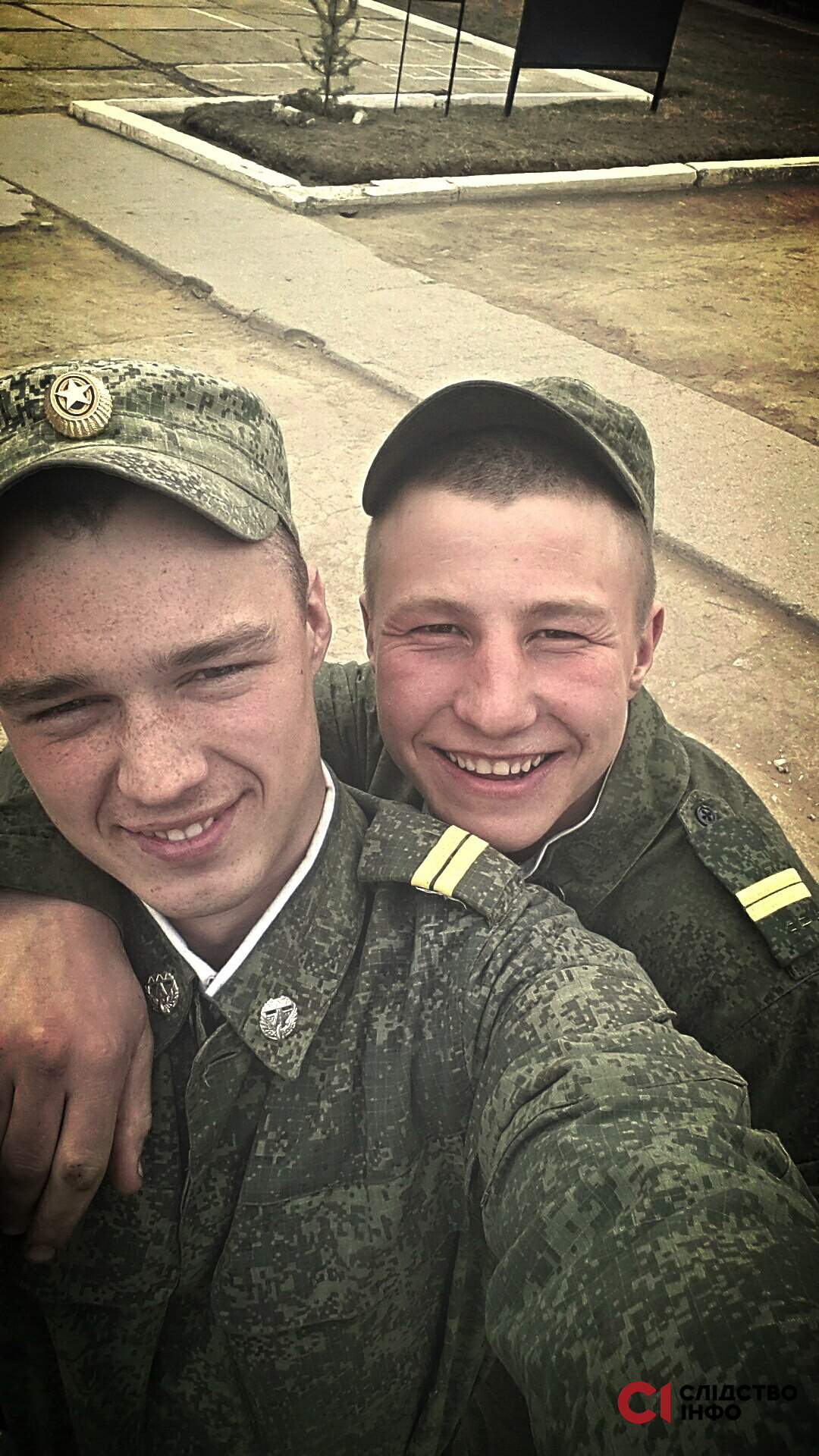 Another occupant from the 64th Brigade is a 31-year-old Corporal Alexei Korsuntsev. He probably made a call on March 15 from the village of Kolonshchyna in Bucha district. 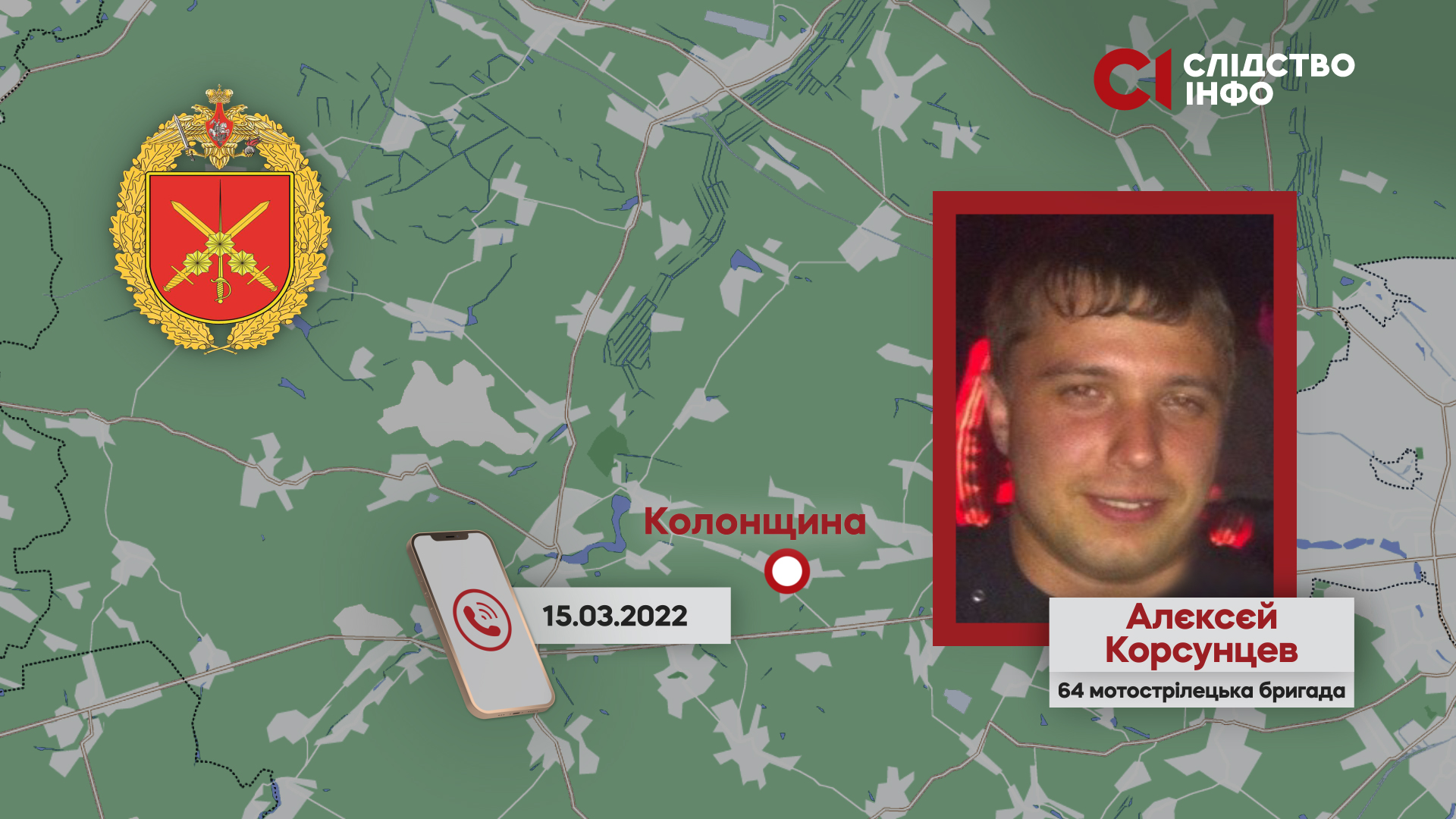 Another unit of the occupiers, which according to the Armed Forces of Ukraine is involved in committing the genocide and murders of civilians in Kyiv oblast, is the 37th Guards Motor Rifle Brigade from the town of Kyakhta in Buryatia.

Analyzing the list, the journalists have identified at least 14 servicemen of this brigade, whose phone numbers were «caught» by the base stations in Kyiv and Zhytomyr oblasts (there were also several villages occupied at the beginning of the full-scale invasion).

These data allow us to state that the mentioned unit committed war crimes at least in the following settlements: Ivankiv, Borodyanka, Lyshnya, Chervona Sloboda, Lychanka, Shpytky, Severynivka. And also in the village of Vysoke in Zhytomyr oblast. 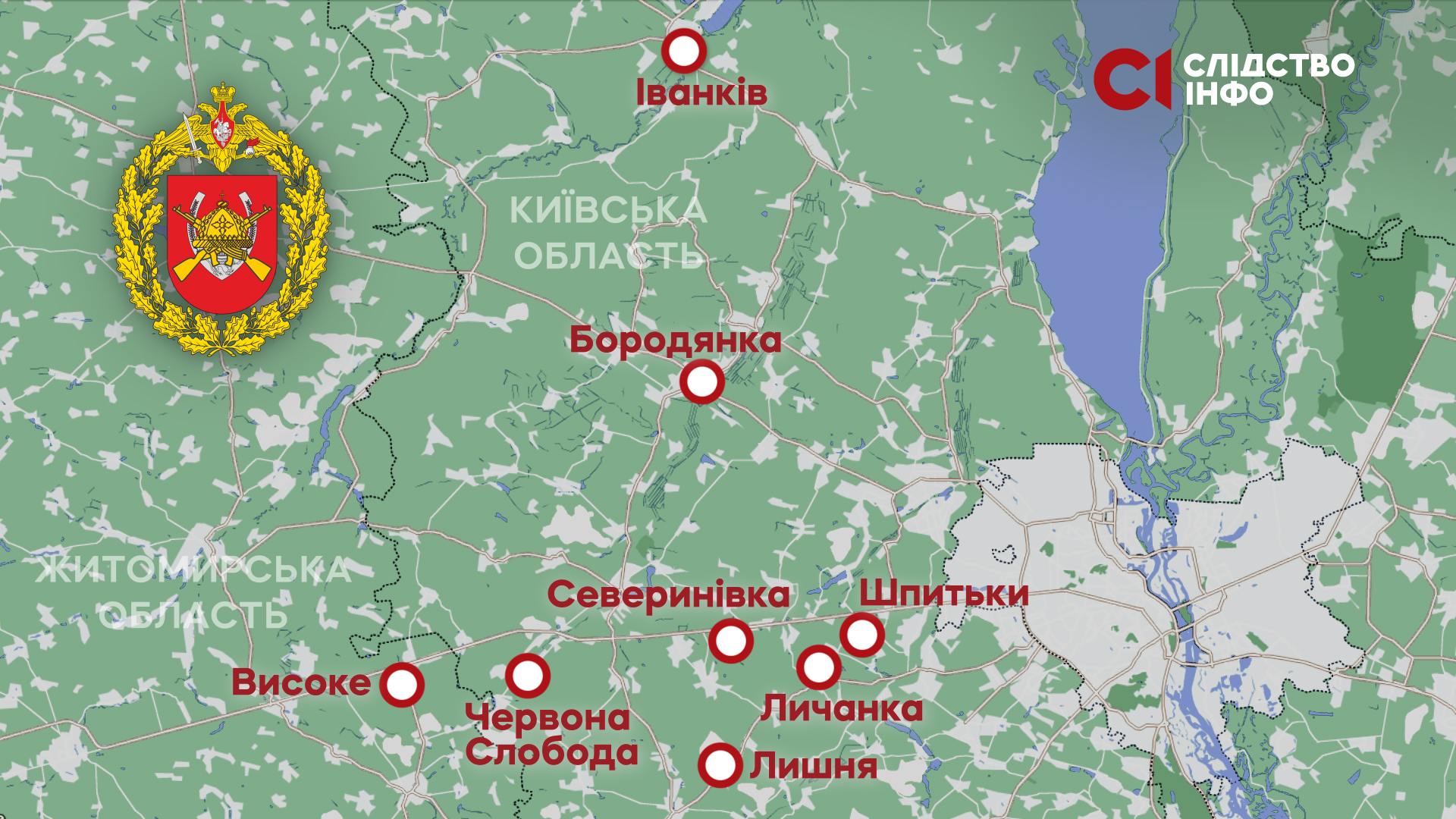 The Locations of the Russian Military from the 37th Guards Motor Rifle Brigade from Kyakhta, Buryatia

So, in the village of Severynivka of the Bucha district on March 3 the phone of the 39-year-old resident of Buryatia Sergey Usoltsev was used.

Usoltsev’s Vkontakte account has not been updated for many years. But just a few days ago, a few new photos appeared there. On May 13, Usoltsev published a photo in the pajamas of the Russian Armed Forces with some visible wounds on his face. It seems that Usoltsev was wounded during the invasion of Ukraine and is now in hospital regularly posting new photos. 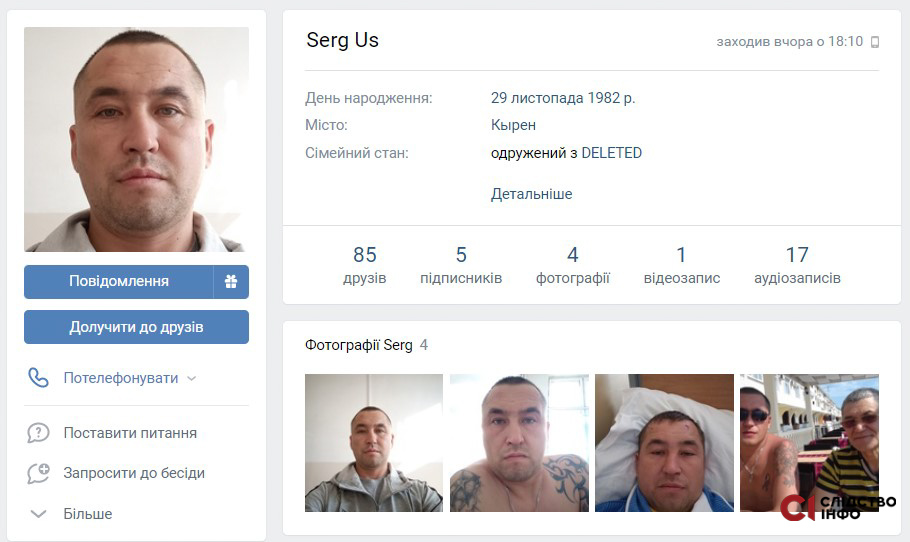 Another occupier from the 37th Brigade is a 22-year-old Private Bulat Dirbeyev. On March 8, his phone number was recorded by a base station in the village of Lychanka in Bucha district. 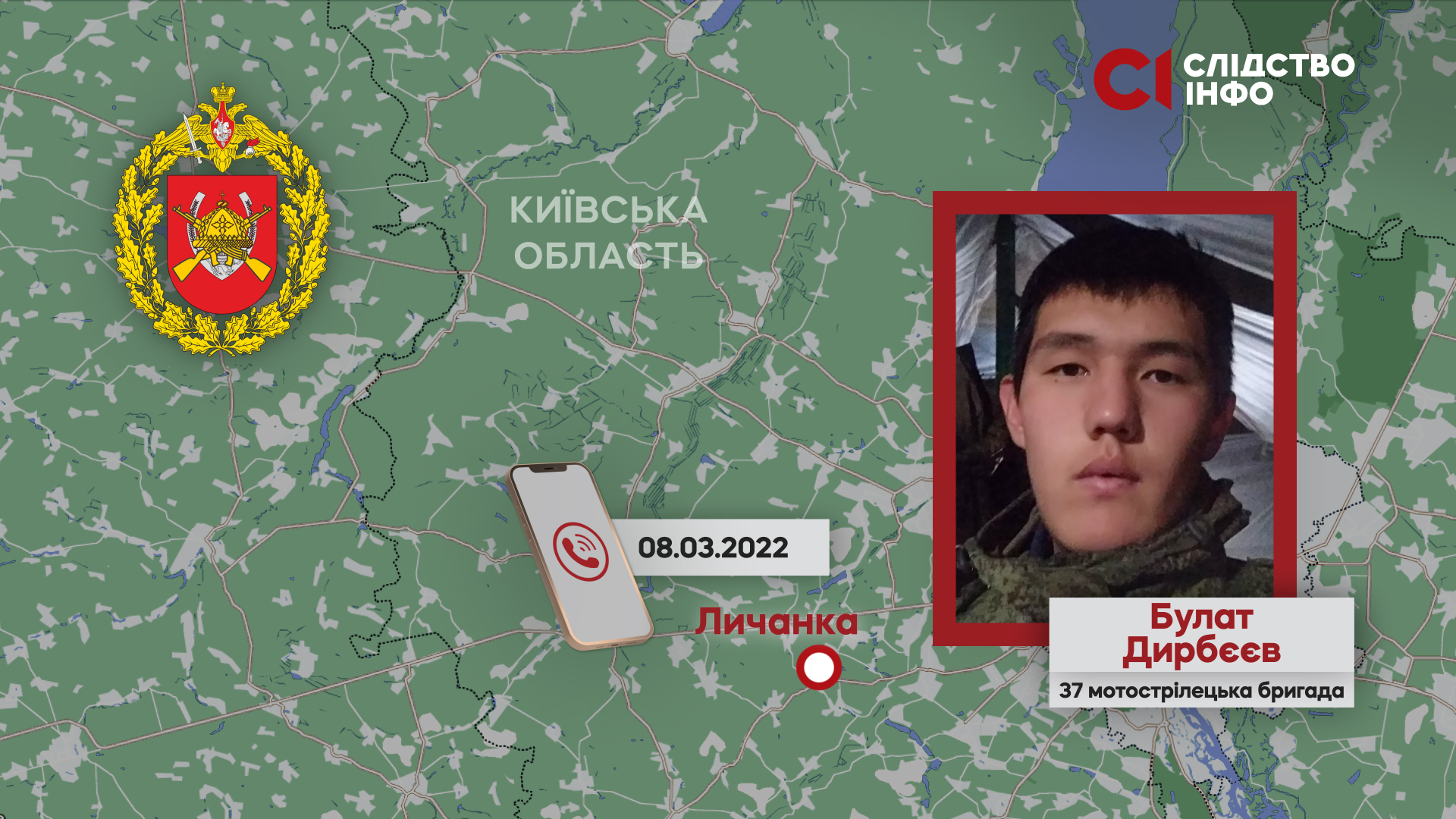 As of March 25, a 30-year-old Sergeant Vladimir Nechayev was probably in the village of Chervona Sloboda. It was there that the base station recorded his Russian phone number, with which the calls were made. He probably called home.

And another important finding, thanks to the lists of phone numbers received by the journalists. Russian media have repeatedly reported on the Russians from the 5th Separate Tank Brigade from the city of Ulan-Ude, also Buryatia, killed in Ukraine. But so far there was no clear understanding of where they were. From the received lists, the journalists managed to establish the phone numbers of at least 14 servicemen from the 5th Separate Tank Brigade who were active in Kyiv and Zhytomyr oblasts. These are the settlements of Lyutizh, Bilohorodka, Lychanka, as well as the village of Vysoke in Zhytomyr oblast. 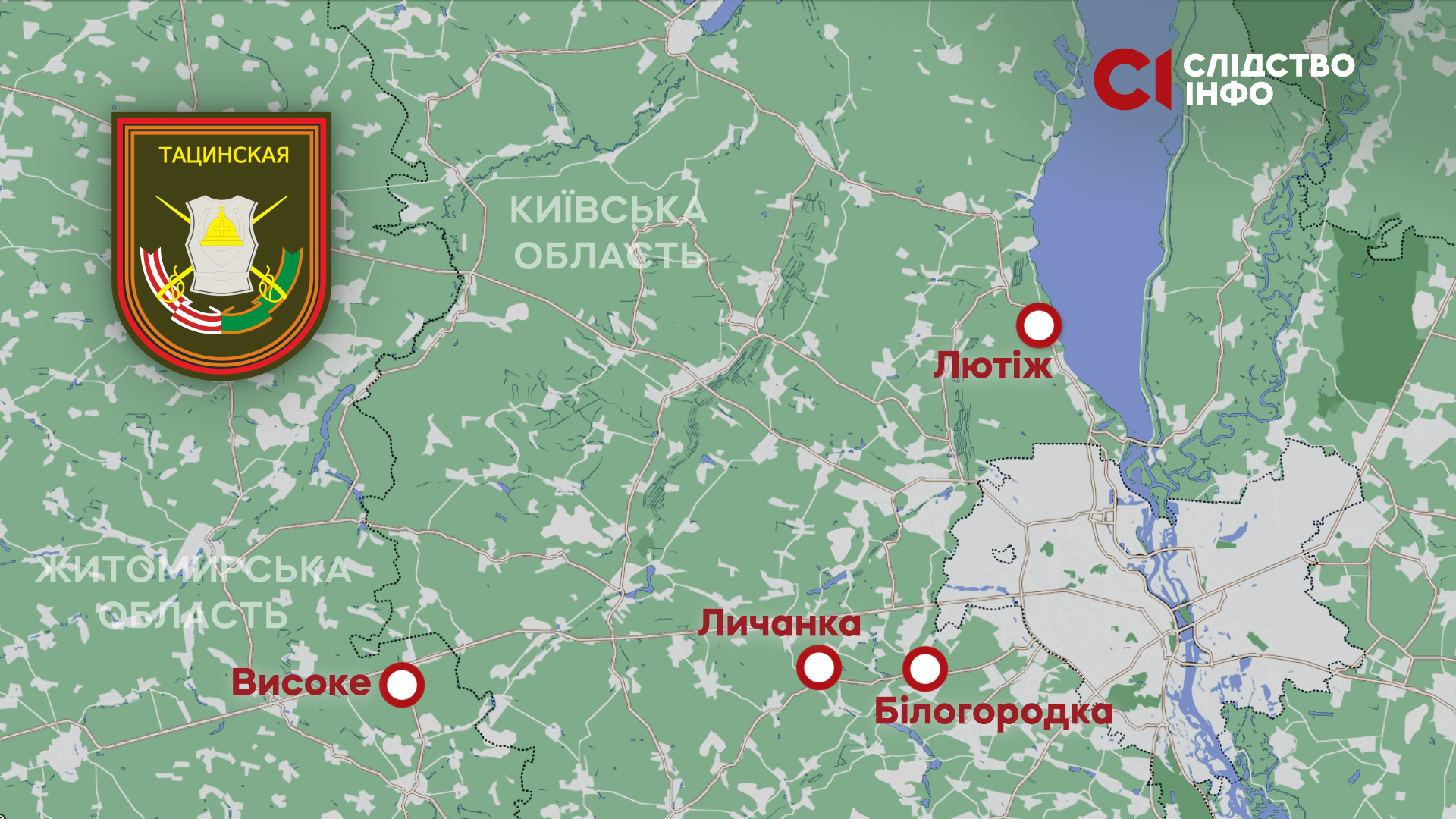 The Locations of the Russian Military from the 5th Separate Tank Brigade from Ulan-Ude, Buryatia

For example, the Russian phone number of a 28-year-old Sergeant Mitap Badmayev was caught on March 6 in the village of Lychanka, Bucha district. In the same village, in early March, another occupant from the 5th Brigade, a 29-year-old Junior Sergeant Arsalan Hobrakov, used his mobile phone. 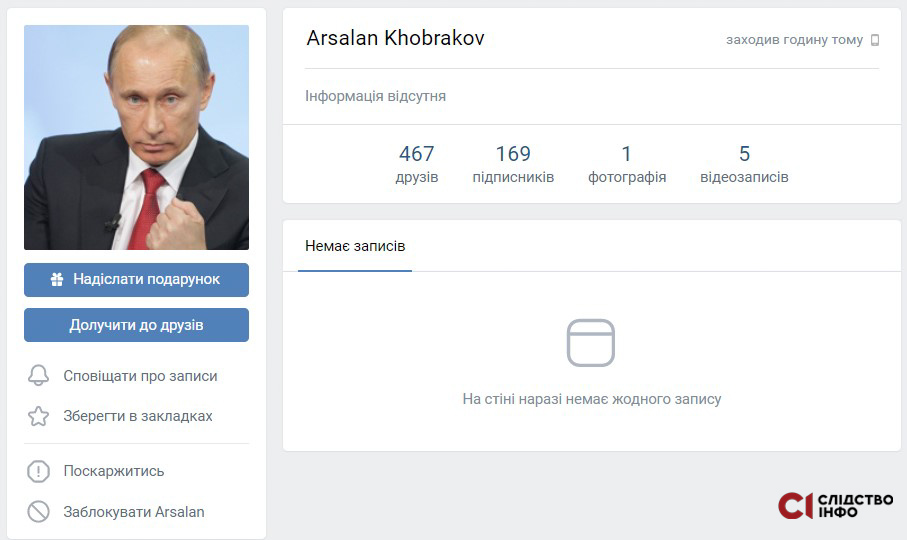 Journalists called the phone number that Hobrakov could use. The man, after being asked the questions about his stay in Kyiv oblast in March, first hung up. Calling back, he noted that he had been using this number recently and did not know who Arsalan Hobrakov was.

The journalists have also tried to contact other people involved in the investigation. However, more comments were not available. 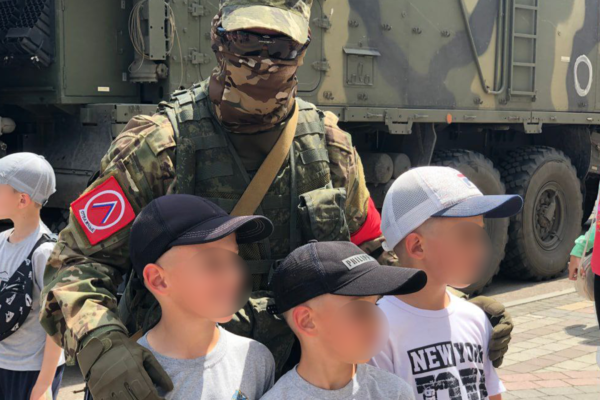 For almost half a year of occupation, Russia systematically engaged Ukrainian children in the occupied territories ... 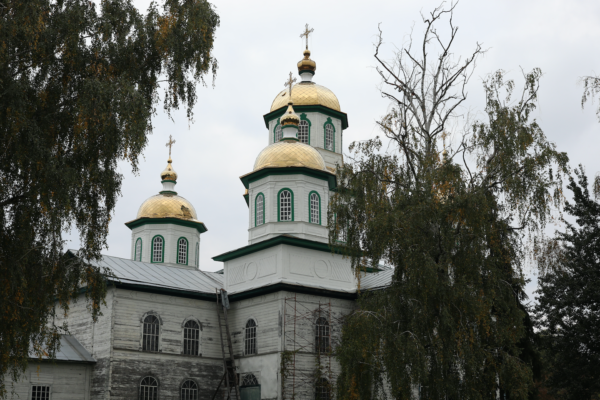 'Slidstvo.info' journalists visited Deptivka to learn more about the local priest, who was detained in early August ... 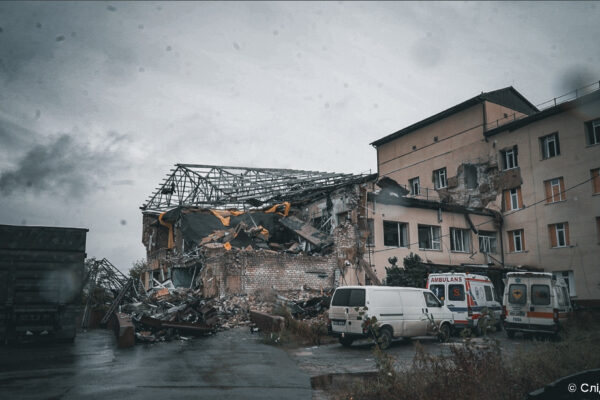 'Slidstvo.info' visited the Izyum and Balaklia hospitals and talked to doctors who, despite the occupation and ...