Головна Сторінка » English stories » Russians killed the only forensic expert in Izium: how a morgue works without a specialist 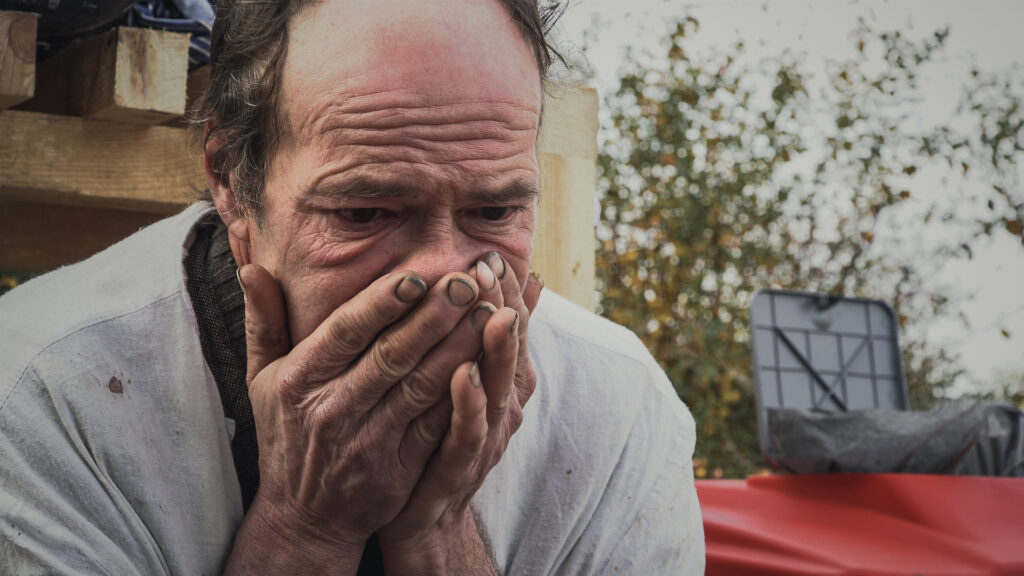 Immediately after the liberation of the Kharkiv region, the largest of the already known mass graves of the full-scale war was discovered in the forest near Izium. During the occupation, 447 people – mostly civilians – were buried here. The exhumed bodies were taken to Kharkiv to conduct an examination and identify the cause of death. New burials are still being found in the region.

The Slidstvo.Info journalists visited Izium to find out how the local morgue workers cope with so many people killed and tortured by Russian soldiers.

“PEOPLE SHOULD NOT SEE THIS”

“Straight ahead, and then you will understand by the smell,” doctors of the Izium Central City Hospital explain to journalists how to get to the morgue.

A few dozen meters to the small one-story building, the smell of corpses is really clearly sensed. At the entrance, with his hands over his face, sits a man in a white coat smeared with dirt and blood. It’s Vadym, he has been working here as an orderly for 10 years: he carries and performs autopsies of bodies, packs them in bags. 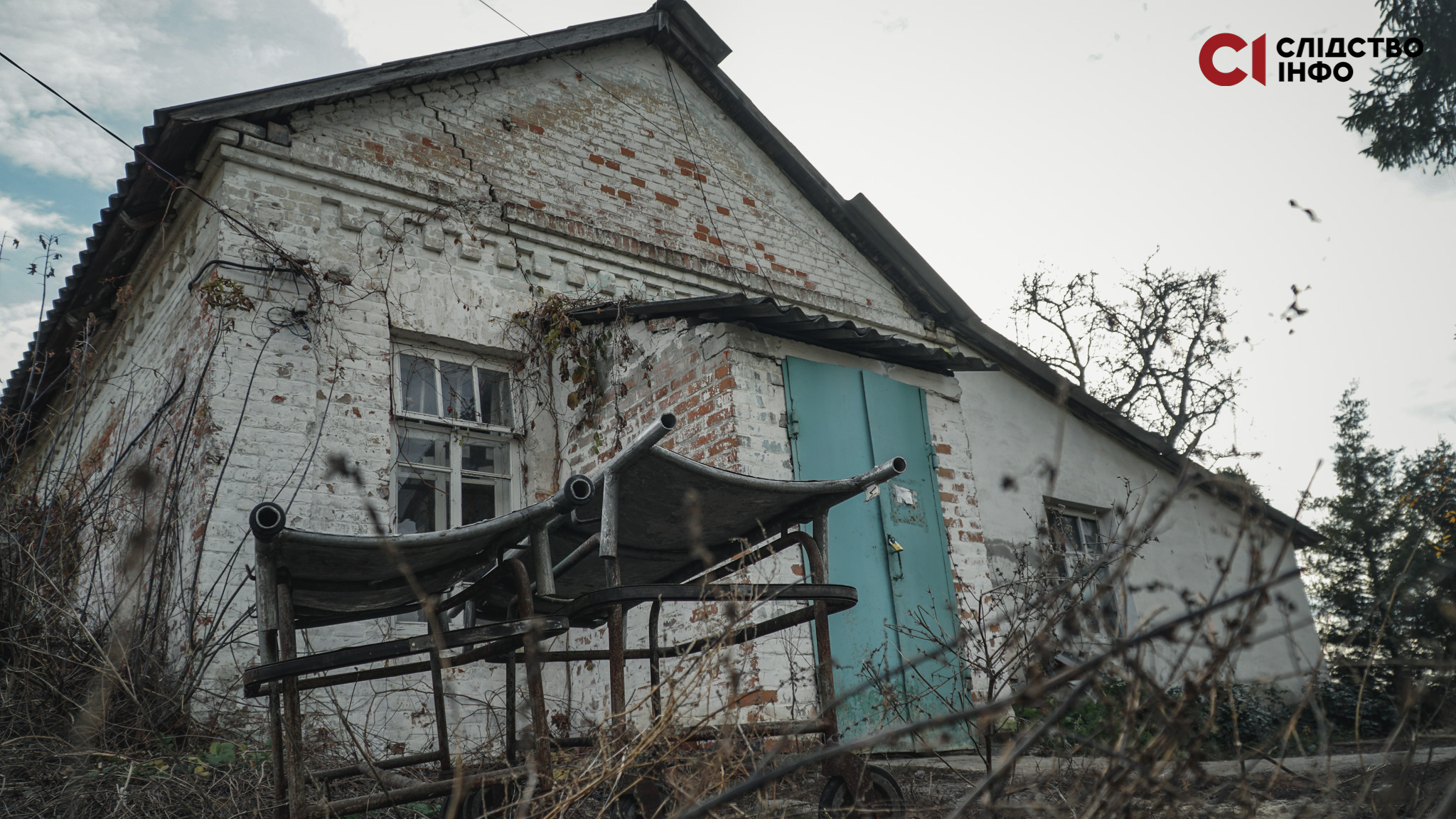 “People should not see this, please, they should not see it. It’s very scary. Don’t,” the orderly repeats, lighting a cigarette. Despite his considerable experience of working with the dead, Vadym seems to be having the hardest time now. 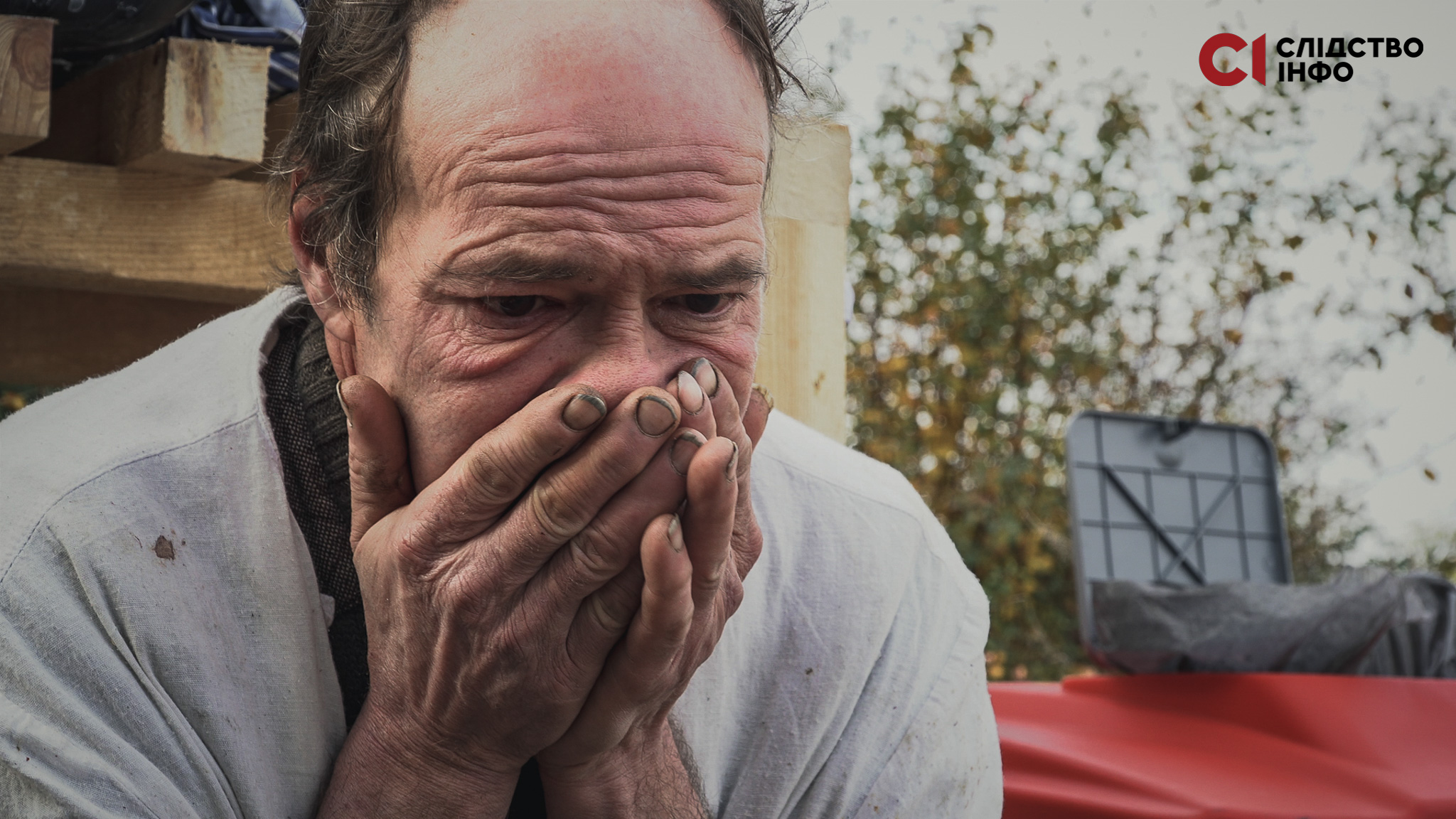 Vadym, an orderly in the morgue 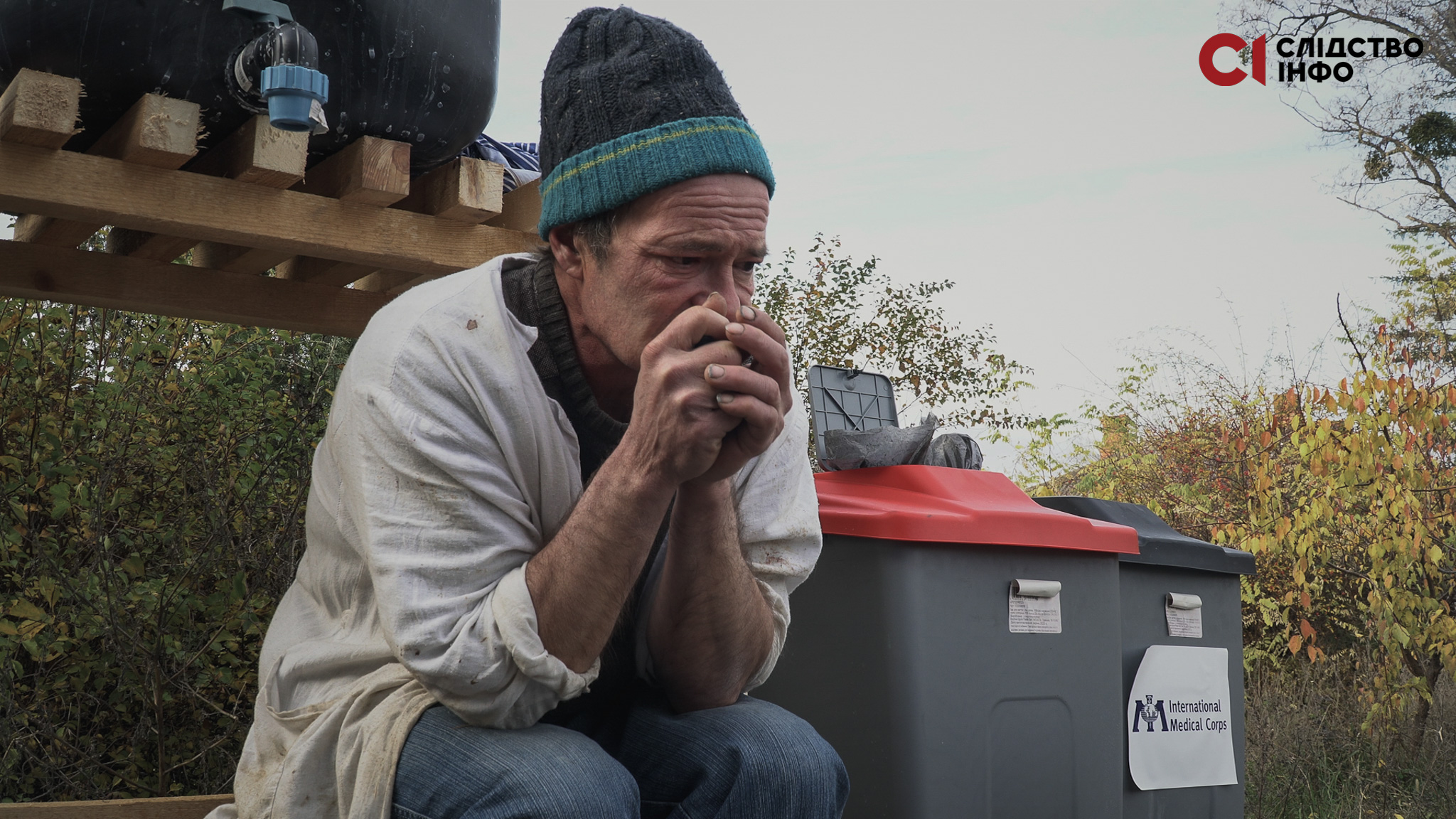 Vadym, an orderly in the morgue

“I just can’t… How much more… How much more? They are bringing and bringing. They (Russians – ed.) have already f*cked up half of Ukraine,” the man says.

Izium morgue worked during the occupation of Kharkiv region by Russians. Employees first came to work in April. However, then they mostly issued only death certificates. It was impossible to conduct autopsies without water, light and heating.

“I came to work on April 20. There was still shooting around, so we were falling on the floor and saw how the “cassettes” (cluster shells – ed.) exploded. Sometimes you walk along the road and see it falling in front of you. You lean against the wall somewhere… It was a miracle we survived,” recalls Valentina Barchan, a laboratory assistant at the Izium morgue.

There were three people left in the morgue: a laboratory assistant, a pathologist and a forensic expert. All were retired, but continued to work because there was no one to replace them.

“KILLED BECAUSE HE DID NOT GIVE BACK THE CAR”

In early May, a group of Russian soldiers with machine guns visited the morgue. One of the men said his name was Akhmet, he was from Chechnya and had been fighting for 26 years.

The Russians saw the car of a forensic expert Volodymyr Zdebsky parked nearby and demanded to give it back, but the man refused. 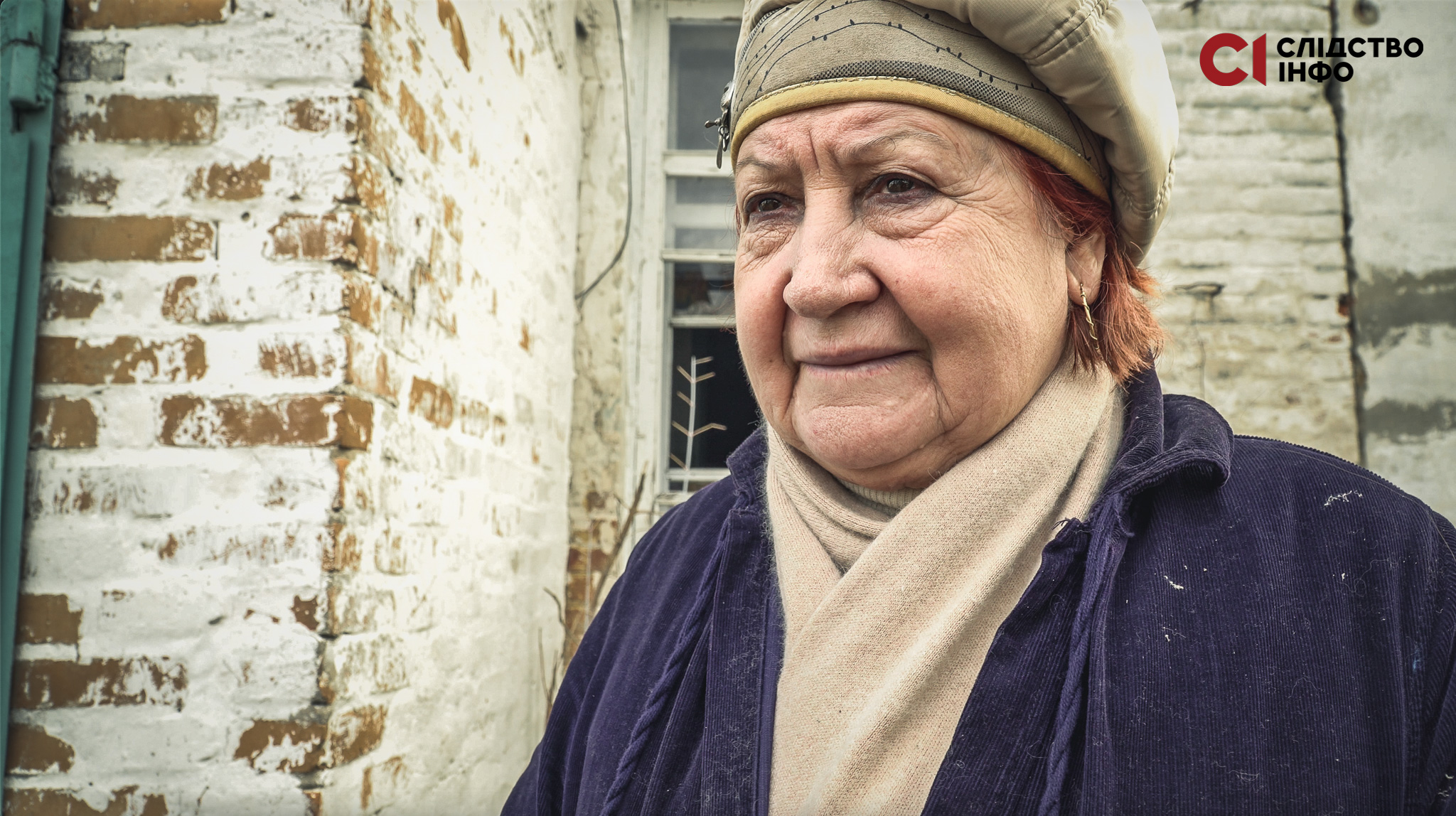 Valentyna Barchan, a laboratory assistant of the Izium morgue 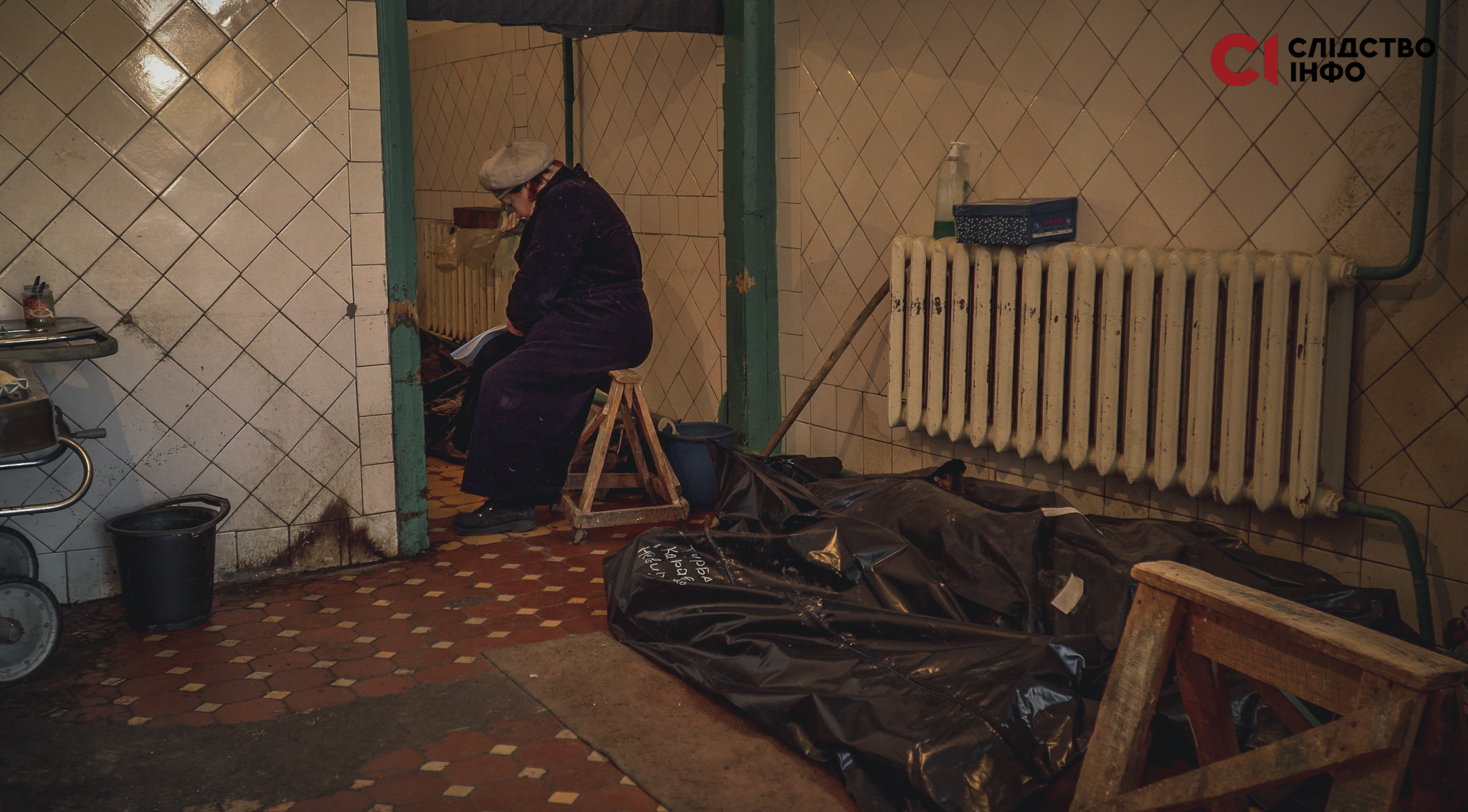 Valentyna Barchan during the autopsy at the Izium morgue

“He said: “Well, I’m disabled, I had my leg amputated a year ago, there is a manual control in the car. No one can drive it but me,” says Valentyna.

According to the woman, this answer did not satisfy the Russian military. One of them shot first at the ceiling and then shot the forensic expert. It happened on May 7.

“And so on the 7th he lay on the table in the office, on the 8th too, on May 9 – a holiday, and only on the 10th the body was picked up and taken to Belgorod (a city in the Russian Federation – ed.) for an autopsy,” the laboratory assistant said.

The body of the forensic expert has not yet been found. The prosecutor’s office of Kharkiv oblast assumes that after the autopsy it was not returned from the territory of the Russian Federation.

“THE BODIES WERE LYING – IT WAS IMPOSSIBLE TO WALK THROUGH”

The morgue did not have enough staff to cope with all the bodies that were brought here during the occupation and after the liberation of the city. In a small two-room building, the dead in black bags were lying right on top of each other.

“There were so many that it was impossible to walk through. Just imagine, about 30–32 bodies. We usually have no more than 5–7. And this heat, rot, this smell,” Valentyna Barchan recalls.

The woman says that for the last six months she has been crying a lot. Especially when she sees the bodies of soldiers in the morgue.

“I feel so sorry for these children. I look at their passports, and they are 40–42 years old. What are they dying for?” Valentyna says.

Dozens of exhumed bodies have accumulated in the morgue due to the lack of a specialist. The hospital explains that it is difficult to find a replacement. 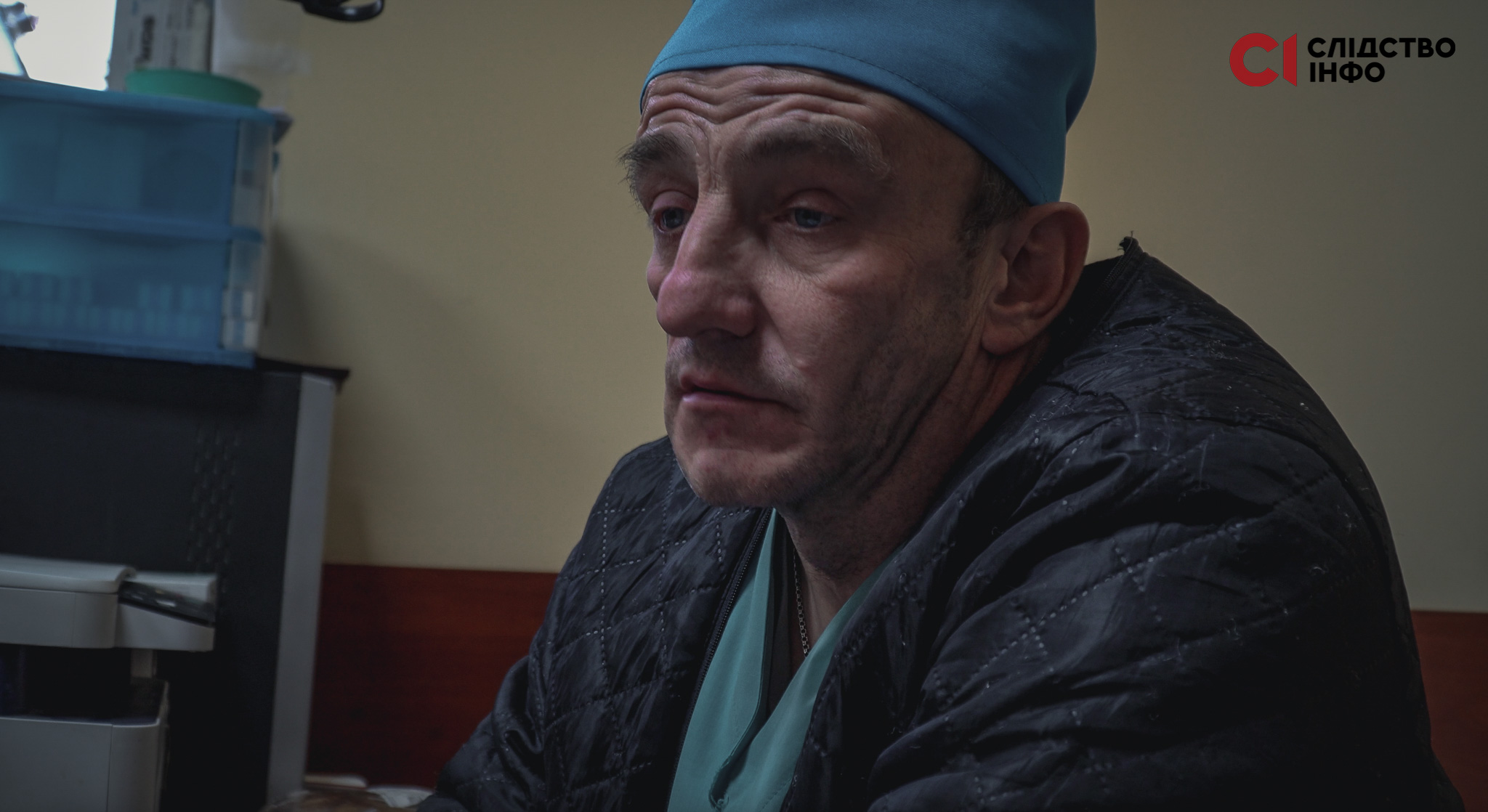 Yuriy Kuznetsov, a traumatologist at the Izium Central Hospital

“If everything rested only on the lack of housing, it would be a one-sided coverage of the problem. We are located in such a zone that explosions are still heard, and at night you can see the fire, so there are not many people willing to go close to the combat zone,” says Yuriy Kuznetsov, trauma surgeon at the Izium Central Hospital.

The temporary solution was to involve specialists from other regions. The first to arrive at the Izium morgue was a colleague from the Zhytomyr region. He helped with autopsies of the bodies. It is planned that forensic experts from different medical institutions will come here on two-week business trips.

THOSE EXHUMED IN SEPTEMBER HAVE NOT YET BEEN BURIED

Some of the victims found in the forest near Izium have not yet been buried. Their identities are being found through DNA samples of relatives, which have been collected by specialists of the mobile laboratory for about a month.

Employees of the Prosecutor’s Office of the Kharkiv oblast have developed an instruction according to which people can take DNA samples and send them even from abroad to Ukraine.

“The algorithm is as follows: use ear sticks to take saliva from the mouth, put it in an envelope, and shoot it on video. After that, put a flash drive or disk in this envelope and send it to our investigation department. We will be able to use this material evidence in criminal proceedings in the future,” explains Dmytro Chubenko, spokesman for the Prosecutor’s Office of the Kharkiv oblast.

In general, in two months after the de-occupation of Kharkiv region, law enforcement officers have already found more than 650 bodies of murdered Ukrainians. At least 30 of them are still unidentified.