Головна Сторінка » English stories » The Executioners from Bucha: the Russian Military from the Pacific Fleet, Who Are Implicated in the Genocide in Kyiv Oblast

The Executioners from Bucha: the Russian Military from the Pacific Fleet, Who Are Implicated in the Genocide in Kyiv Oblast 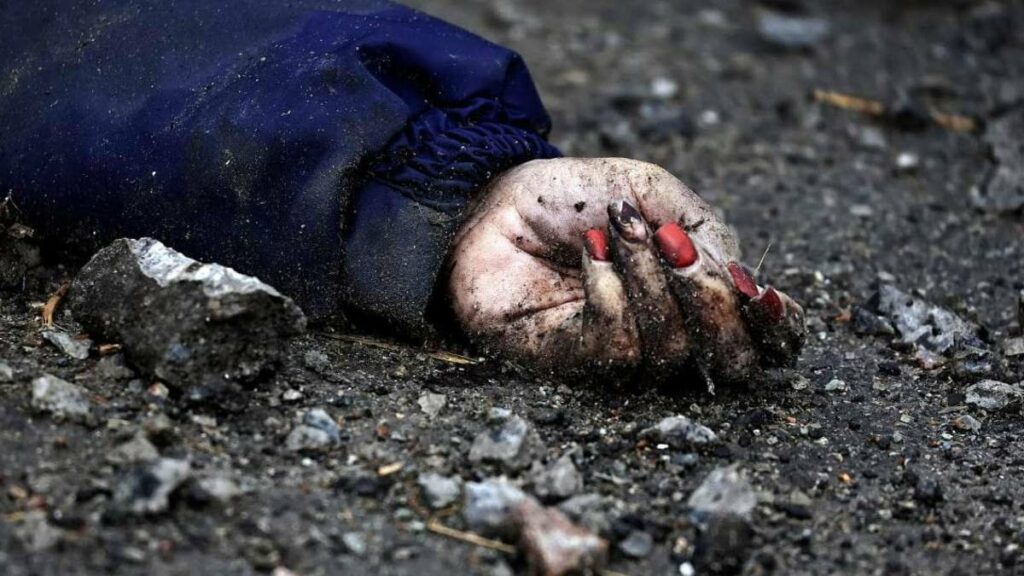 After the escape of the Russian occupation troops from the north of Kyiv, the whole world saw the true face of the «Russkiy Mir» [«Russian World»]. Hundreds of civilians were brutally killed and tortured to death in Bucha, Irpin and Hostomel. Men and women were kneeled and shot in the back of the head. Then their bodies were buried in the mass graves, or simply thrown in the streets.

Our current aim is to identify every Russian soldier implicated in these terrible crimes and prosecute them.

Journalists from «Slidstvo.Info» have identified some of the occupiers from the 155th Separate Marine Brigade of the Pacific Fleet. According to the Ukrainian military, this Brigade committed war crimes and genocide in the area of Bucha, Irpin and Hostomel.

This video has English subtitles

We were able to identify their personalities due to the lists of the Brigade, which were published by Ukrainian intelligence before.

The Sailor Mikhail Tkach was born in Vladivostok. He is 20 years old and graduated from school in 2017. At first, Mikhail wanted to become a rescuer. But later he was called up for military service. Then 19-year-old Mikhail signed a contract. In February, as part of the Russian occupation army, Mikhail Tkach invaded the territory of Ukraine. There, according to his own confessions, he has killed and maimed Ukrainians. 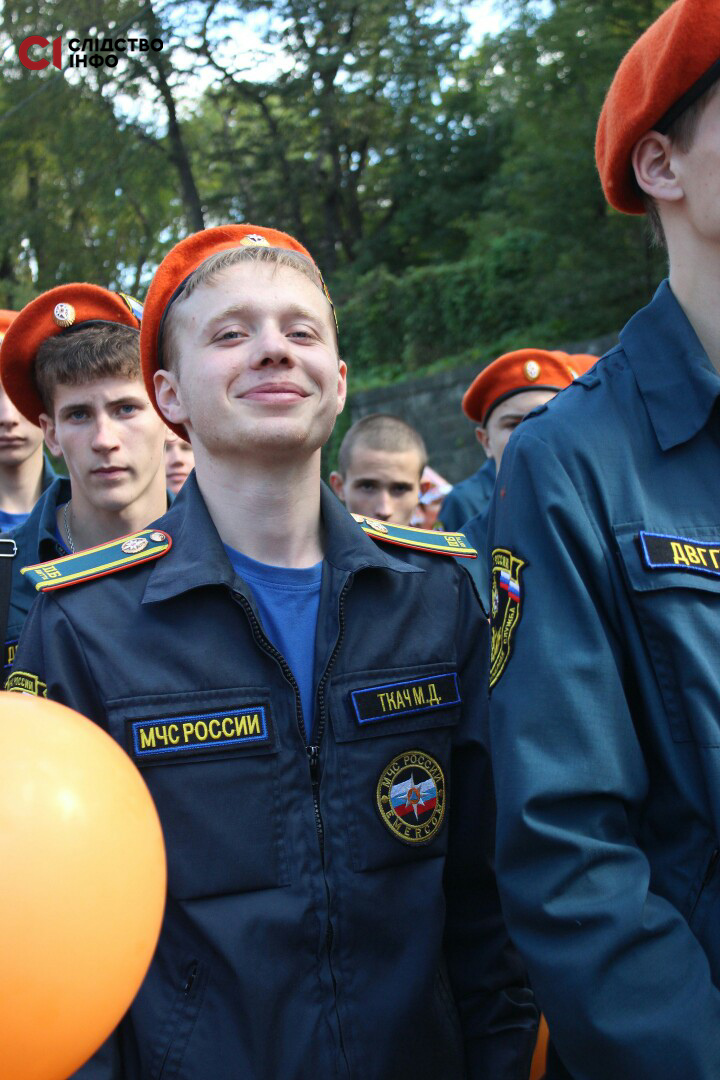 On his page in Russian social media Vkontakte, Mikhail replied to the Ukrainian, who has called him a fascist: «I am alive, not only alive, but I am also mincing your people. Carry your plastic passport, so that when I rob the killed ones, I will be able to recognize you. I will also keep one more ear to remember,» replies Mikhail. 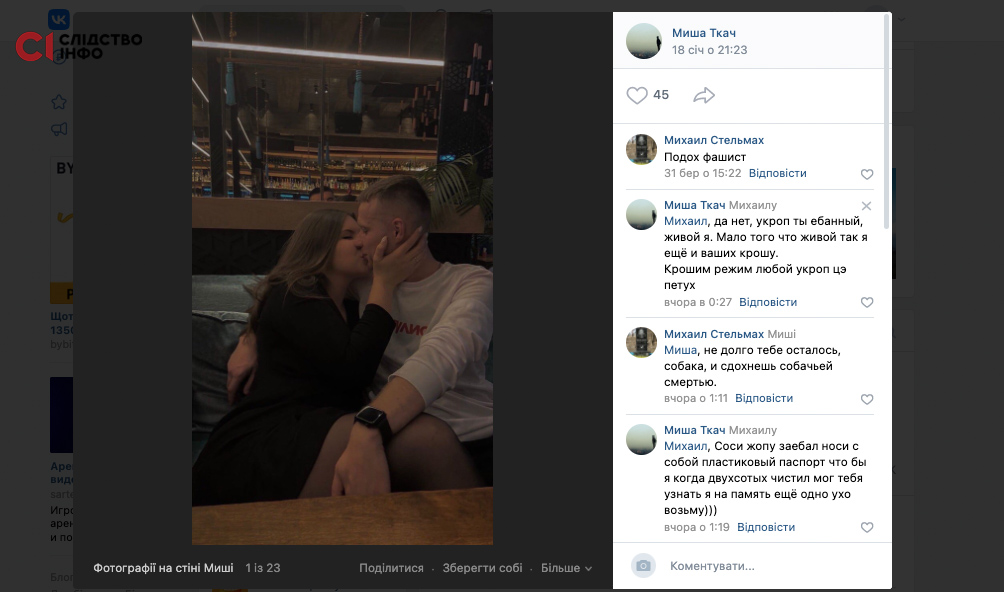 Mikhail was brought up by his mother, Yelena Tkach. She has friended Mikhail and, probably, sees what her 20-year-old son confesses to. 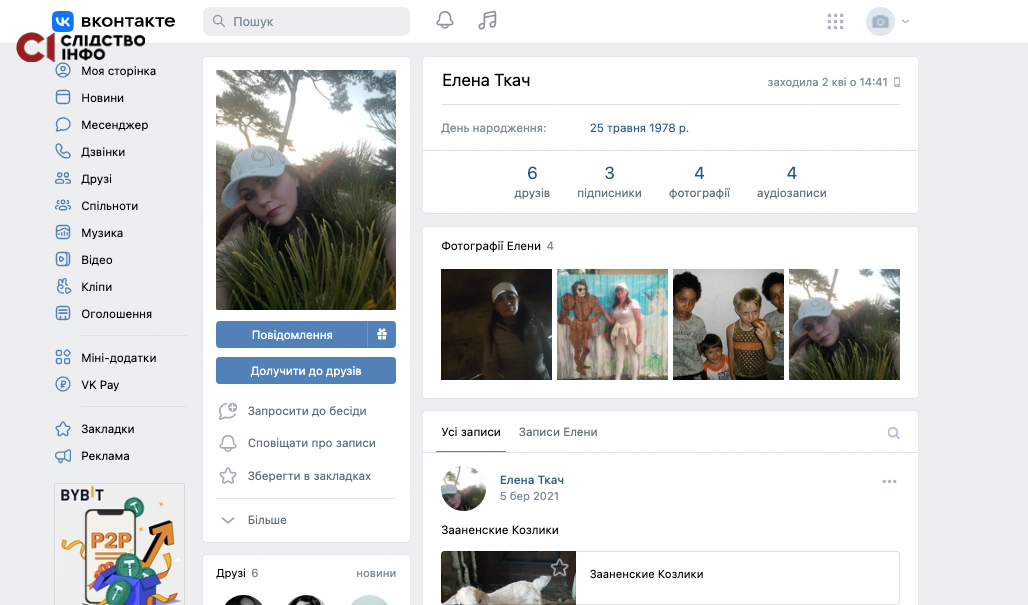 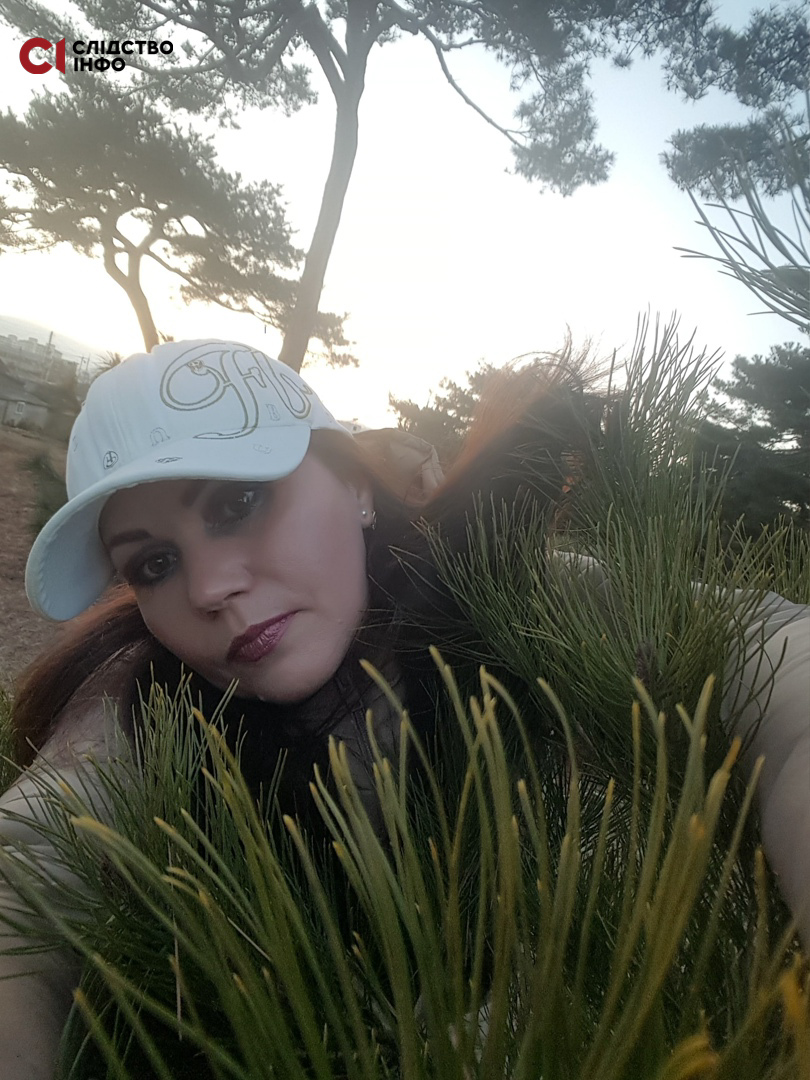 20-year-old Aleksey Gaskov also serves together with him. Born in Buryatia, he also studied at school there. In 2017, Aleksey graduated from school and within a few years, he was drafted into the army.

Gaskov was in the so-called «Yunarmiya» (Young Army Cadets National Movement) which is something similar to the Russian analog of the «Hitler Youth». Recently, Ukrainian intelligence published a copy of the order of the Minister of Defence of Russia, which plans to send even minor participants of the «Yunarmiya» to the war in Ukraine. 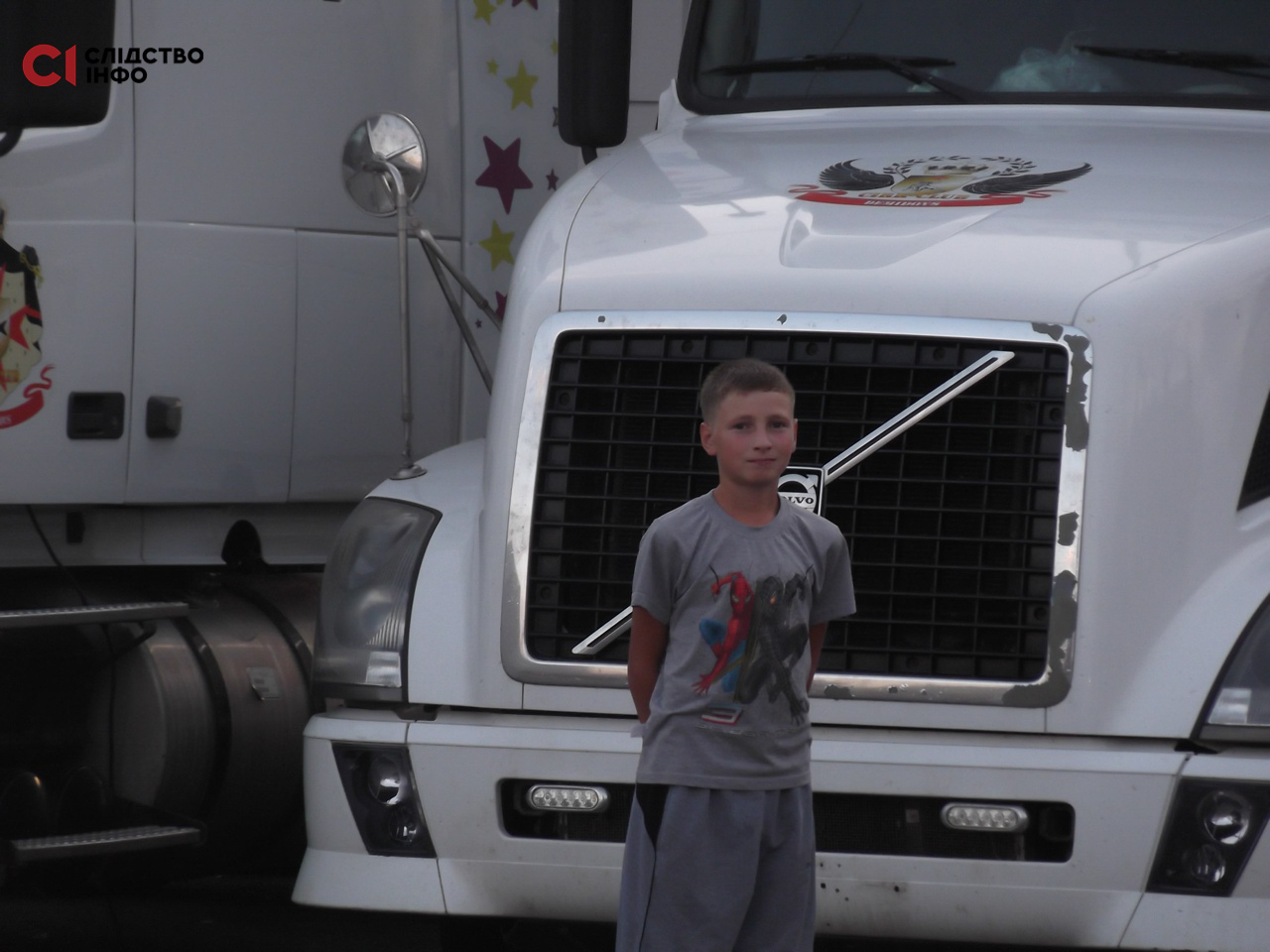 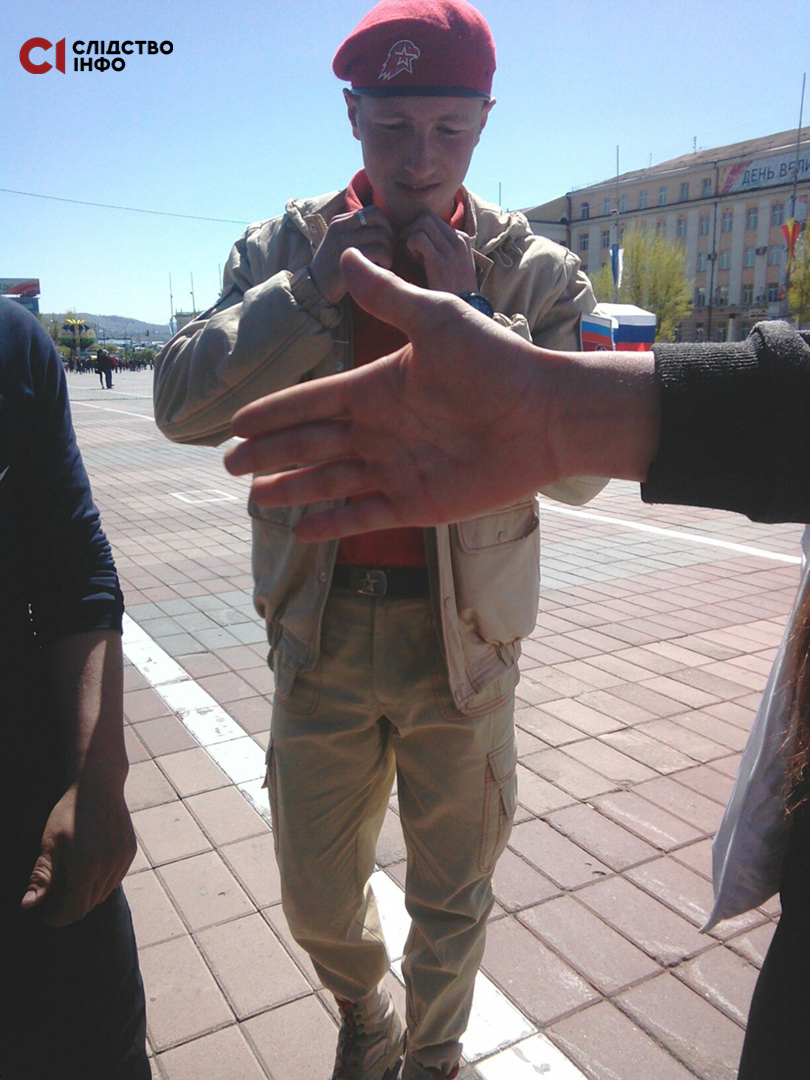 After all, Aleksey Gaskov joined the Marine Brigade, that he seems to be very proud of. And in February, probably, together with his colleagues, he went to kill Ukrainians and rob their homes while his wife and father were waiting for him at home. 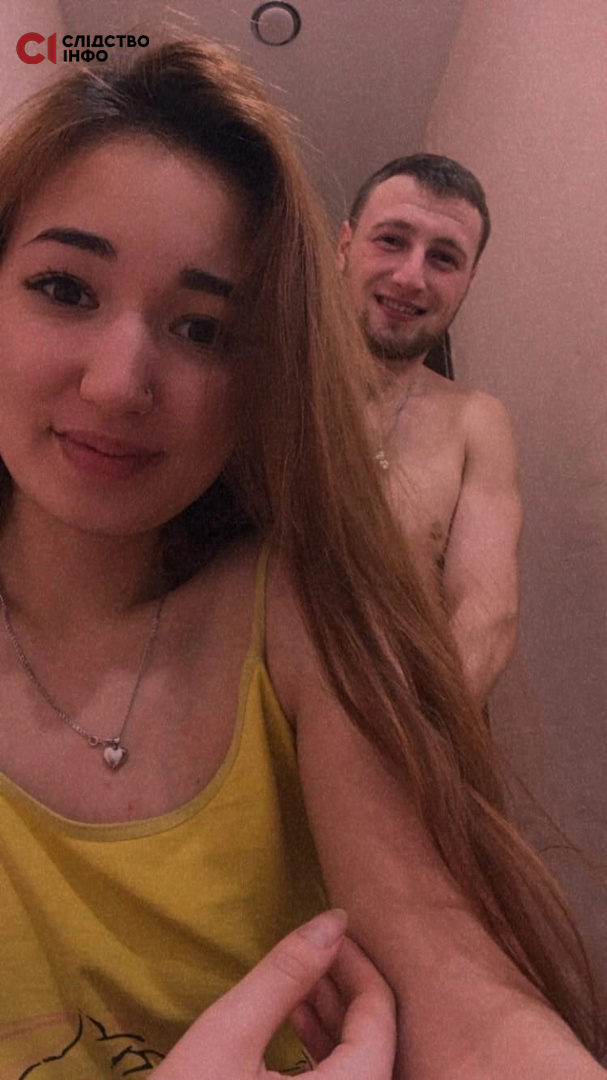 The Staff Sergeant Aleksey Skulkin, 33 years old. He has already been in the Russian army for 15 years. 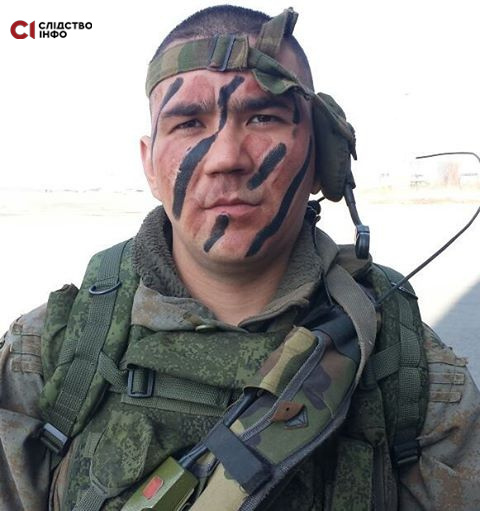 He has a wife and a son. The family can be characterized by one demonstrative photo. As a gift, Aleksey brings his army field ration to his young son. His wife says that her son likes it very much. 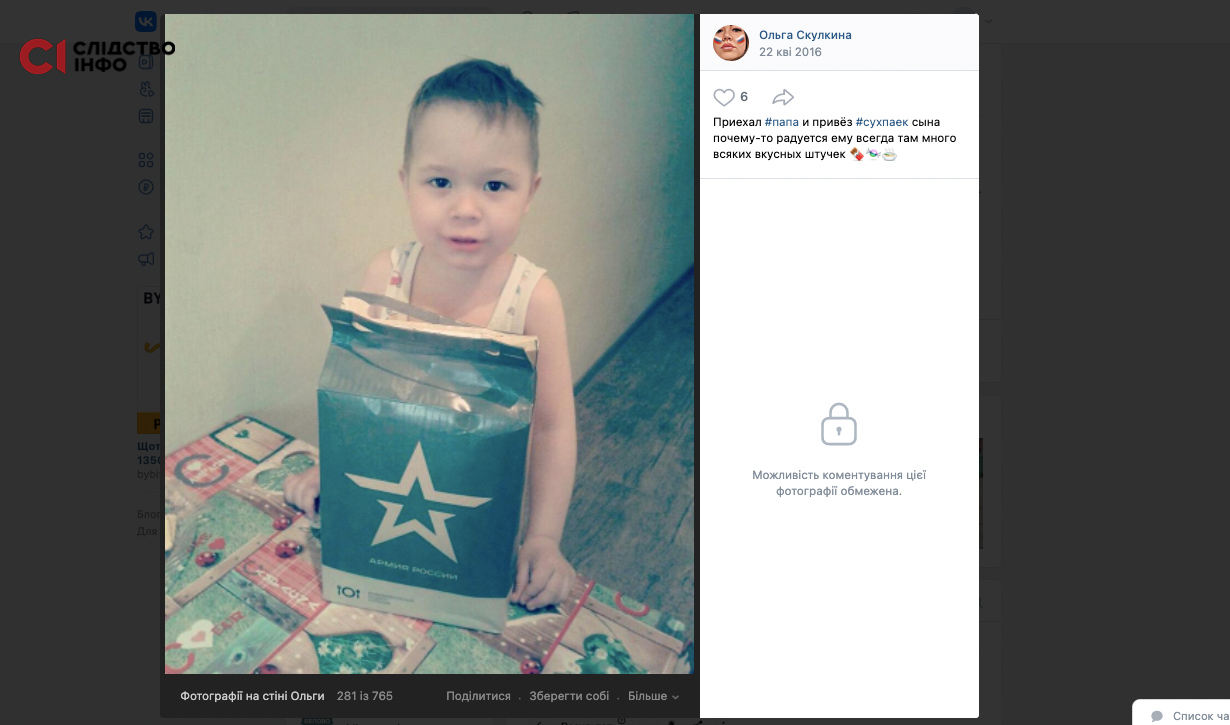 According to some internal documents of the Brigade, in 2016, the Sergeant Skulkin participated in the war in Syria, where the Russian army supported the criminal regime of Bashar al-Assad. So, it seems that this is not the first time that Aleksey Skulkin is killing civilians in a foreign country.

While the Sergeant Skulkin is commiting crimes on the territory of Ukraine, his wife changes her avatar to a cheerful picture with the Russian tricolor and indicates the status: «Waiting for Aleksey». 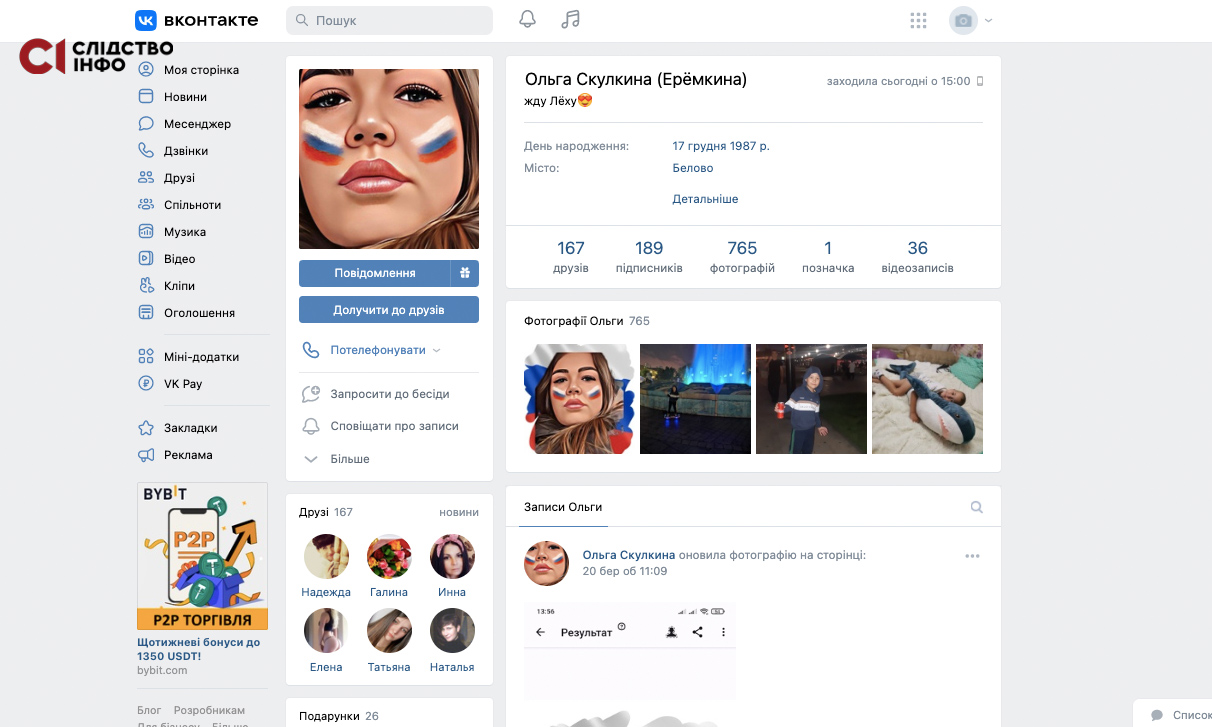 Alexander Cherepahin is also the Senior Sailor in the Pacific Fleet division. He is 28 years old. After graduation, he went to study at the technical school as an electric welder. Then he joined the Russian army. 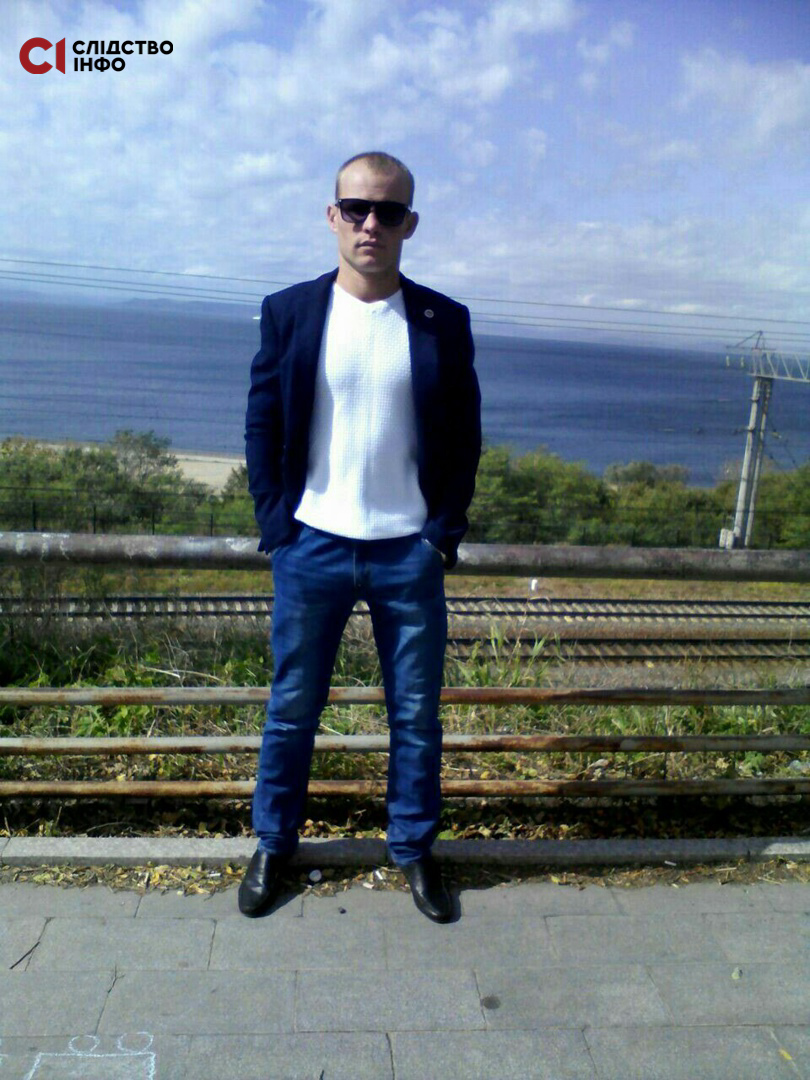 He also was in Syria and killed civilians there. He came to Ukraine now. Alexander is 28 years old and has a wife and a four-year-old daughter. 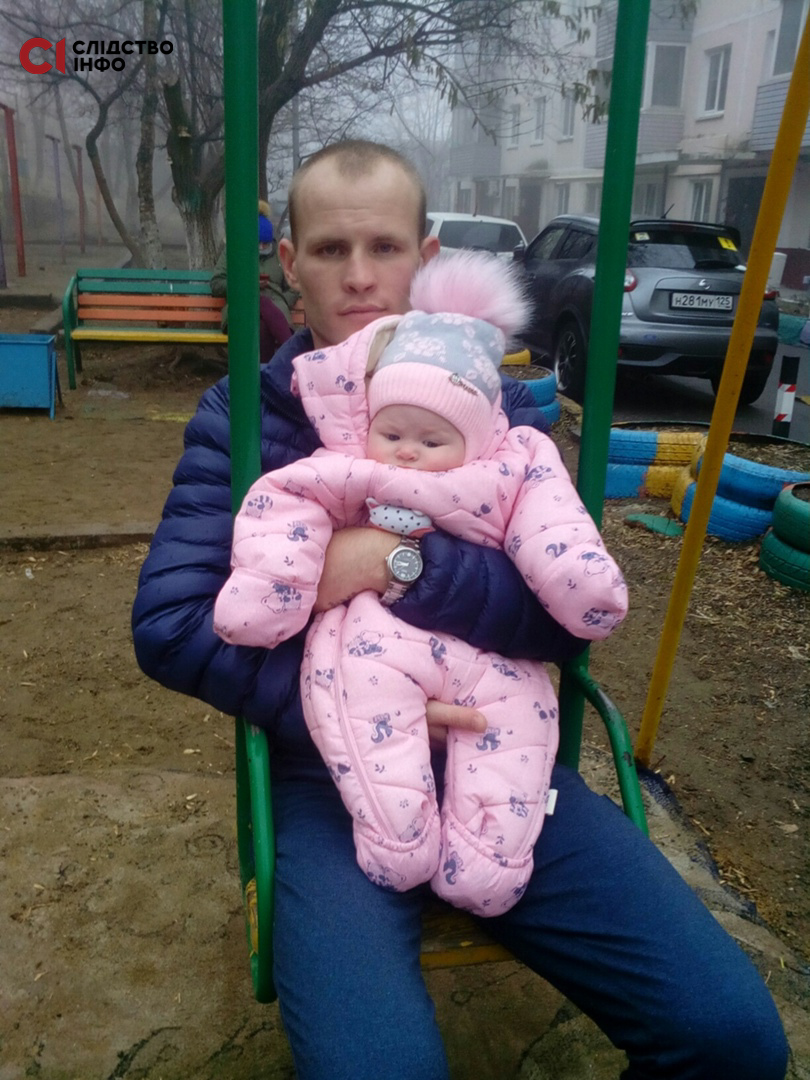 Andrey Kildishov, 20 years old. He was born in the city of Nakhodka of Primorsky Krai, where he studied at school. Then he went to college, and then to the Russian army. Kildishov is a tiktoker, he publishes videos from parties and various ridiculous jokes.

The mother of the young occupier, judging by her social networks, works in a kindergarten or school. She praises the tyrant Stalin with posters saying: «Thank you, grandfather, for the victory.»

In the meantime, her son is probably committing crimes in Ukraine, publishing funny photos and videos. She is not condemning the war or the murder of peaceful people. 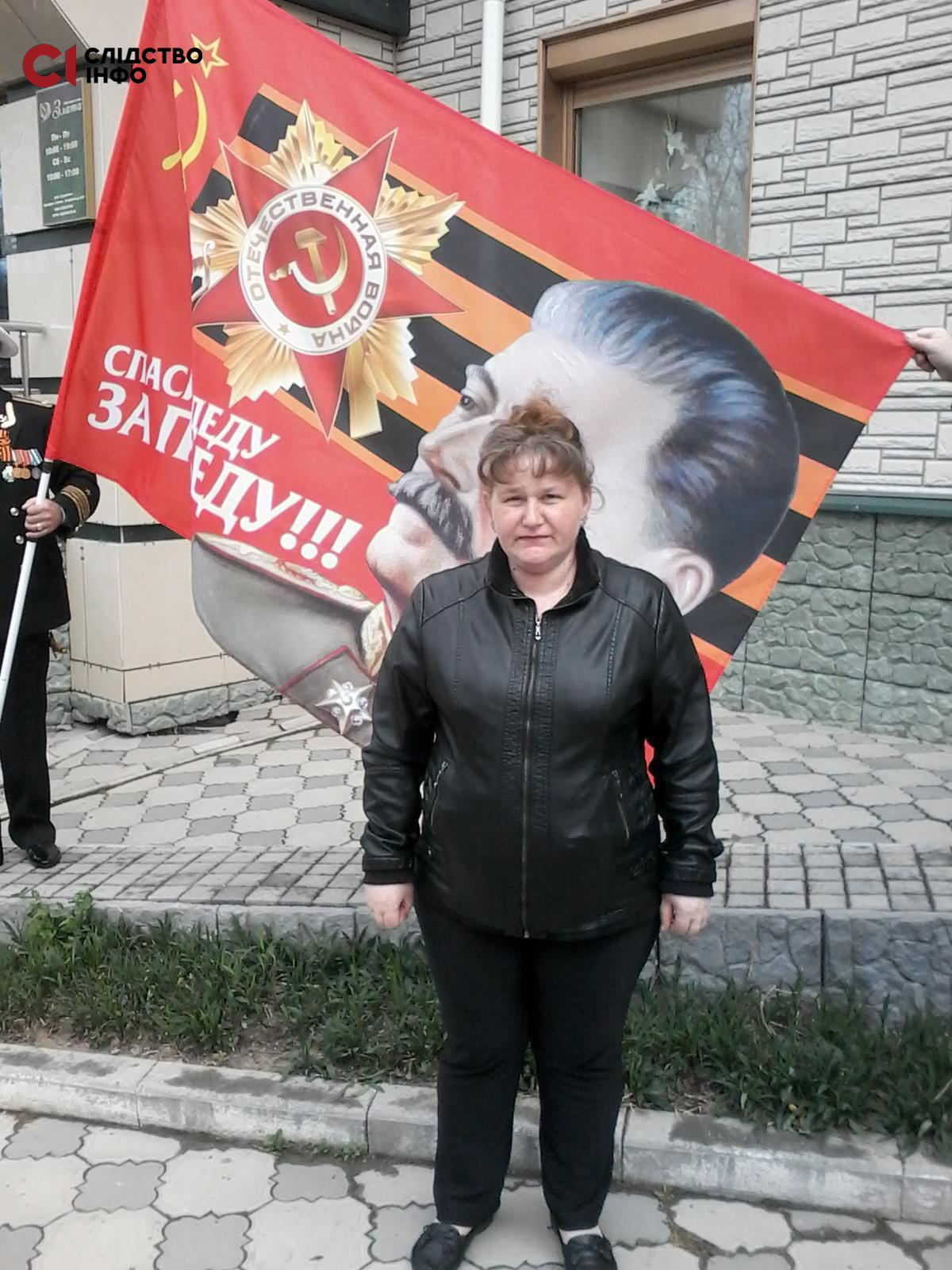 The Sailor Denis Koldashov, 26 years old. He was born and raised in Primorsky Krai, he studied at the technical school as an auto mechanic after school. Then he went to the army. In 2016-2017, he was fighting in Syria on the side of the regime of Bashar al-Assad. 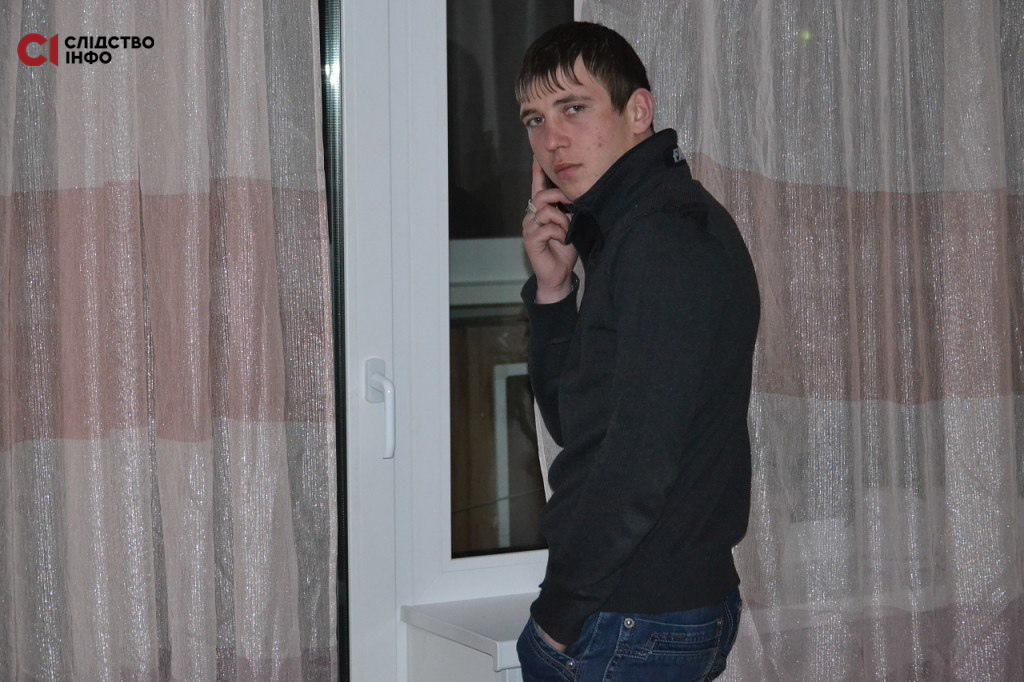 The Sailor Koldashov has a wife and a five-year-old daughter. While Koldashov is killing peaceful Ukrainians, his wife goes shopping with her friends. 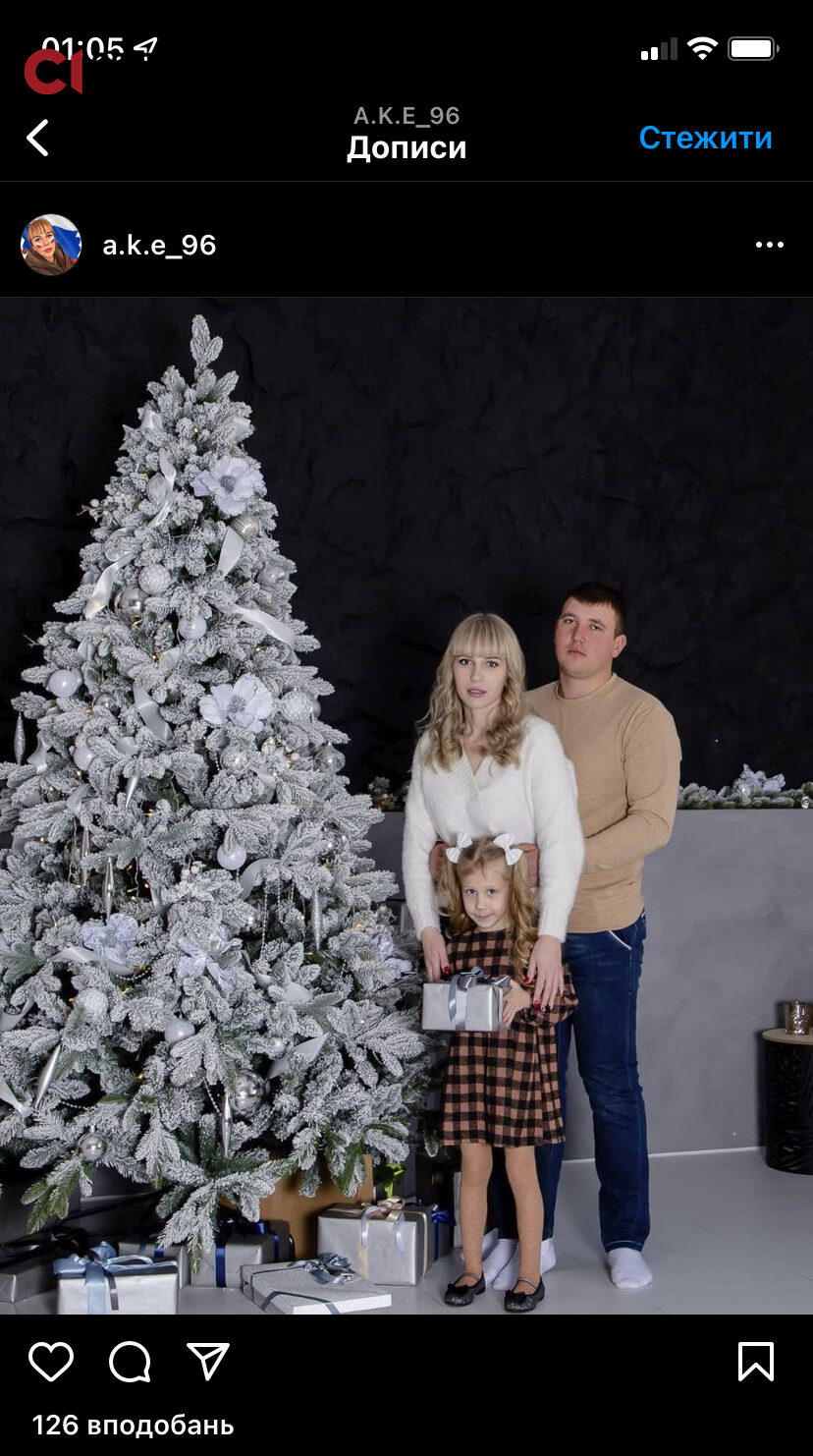 The Senior Warrant Officer Maxim Konovalov is 36 years old. He was born and raised in Tomsk oblast, studied as an accountant. Since 2003, he has served in the Russian occupation army. He also went to Syria for the war. He has a wife, a daughter and a son. 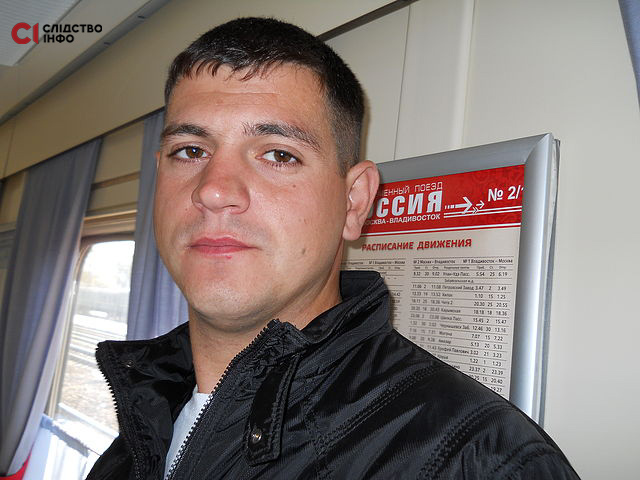 The Senior Sailor Mikhail Mametyev is 32 years old. He is a tractor driver by training. In 2010, Mikhail Mametyev joined the Russian Army. He publishes photos from feasts and fishing in social networks. 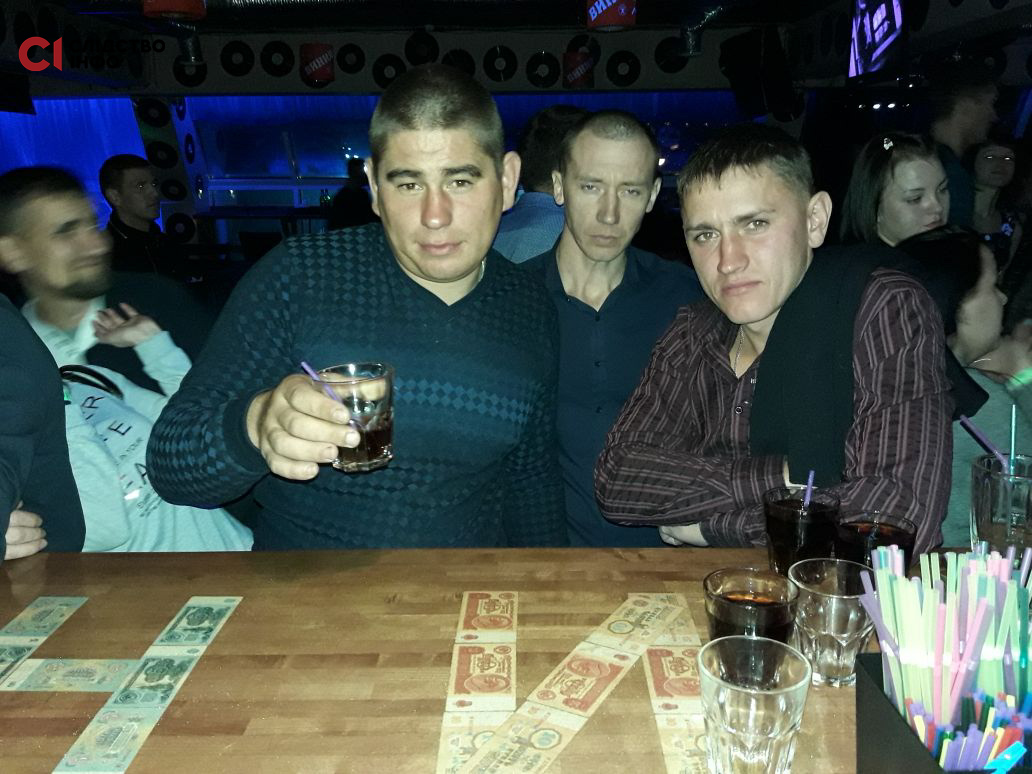 Like the majority of members of the unit, he went to the war in Syria in 2016. He has a wife and a young daughter. 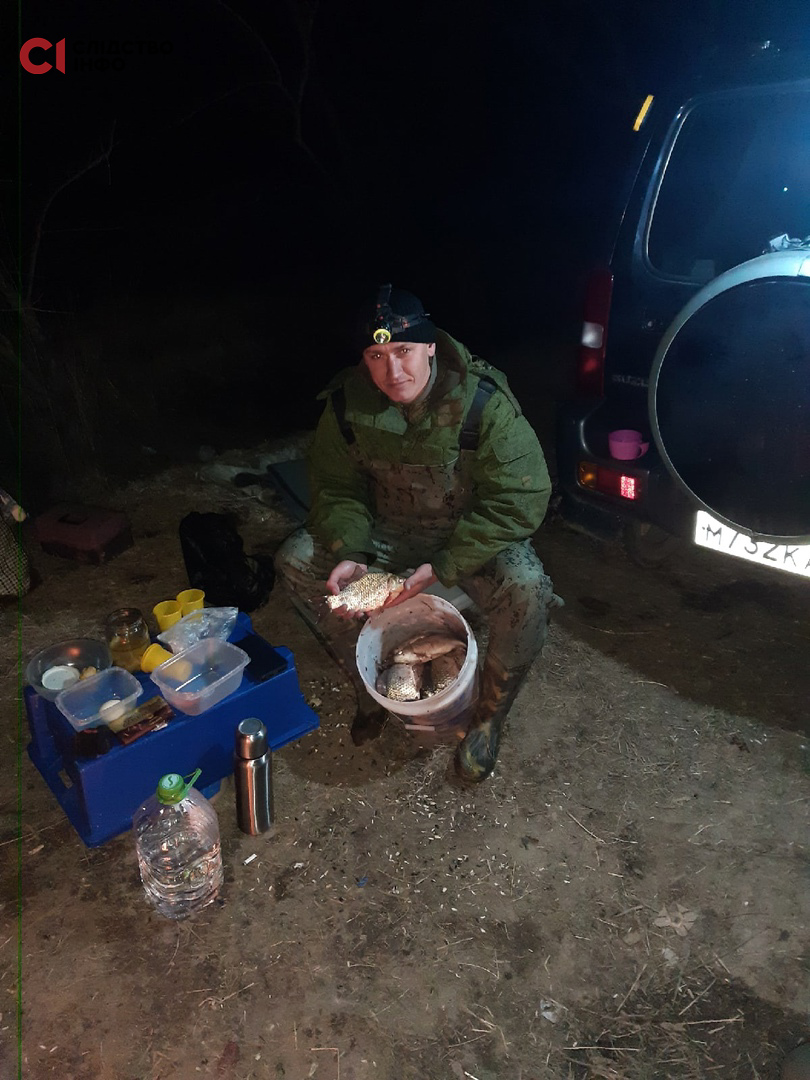 During the war against Ukraine, the 155th Separate Marine Brigade of the Pacific Fleet has lost about half of its personnel, the Armed Forces of Ukraine reported. But most of the occupiers we have identified were recently online, so they either returned to Russia or were injured and are now in hospitals. 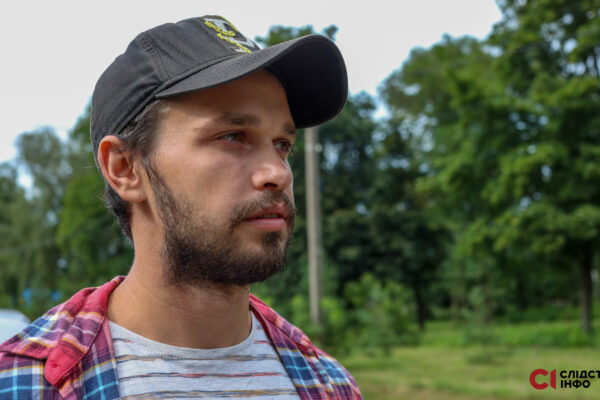 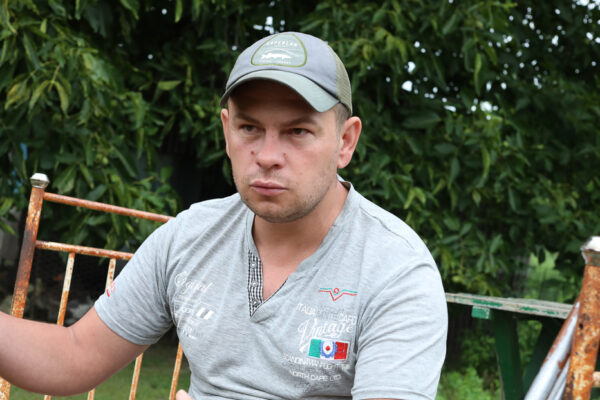