Головна Сторінка » English stories » “They were told to put on blindfolds walk through a mined field”: how a village in Chernihiv region survived the occupation

"They were told to put on blindfolds walk through a mined field": how a village in Chernihiv region survived the occupation 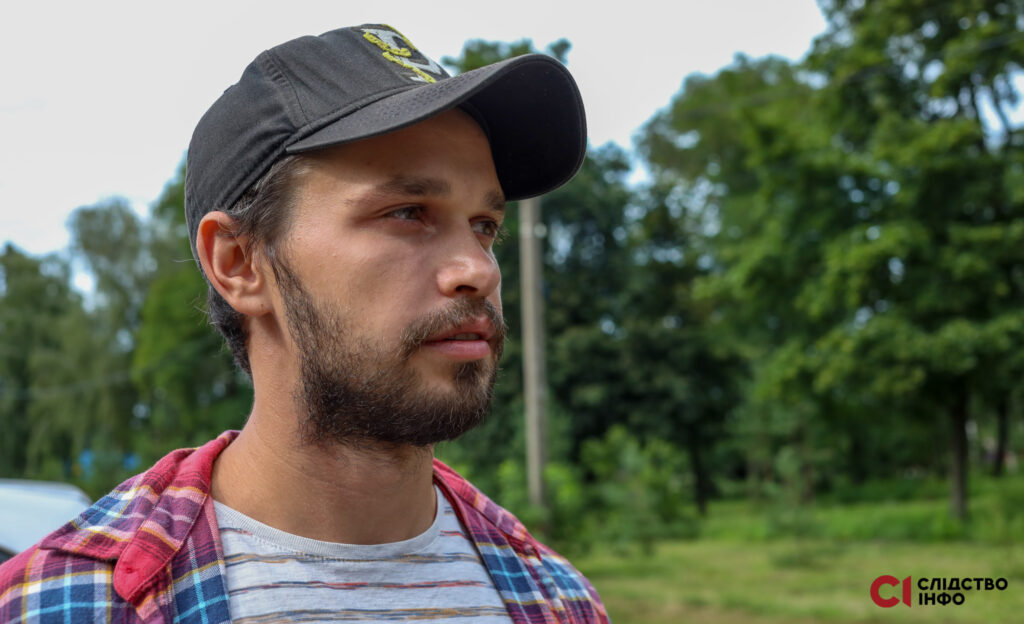 The occupiers entered the village of Nova Basan’, in the Chernihiv region, in the first days of the war. They placed about 850 pieces of equipment in the village and lived in local houses. The Russians looted the courtyards, intimidated the villagers and took men captive. For almost a month, the Russian military had been abusing the prisoners, keeping them without food or water in cold basements. Meanwhile, frightened women with children persuaded the occupiers to let them out of the village. The Russians gave permission under one condition: women and children should be blindfolded.

Locals told Slidstvo.Info about the abuse of the Russian army against the residents of Nova Basan’.

The road on the central street of the village was deeply damaged by Russian equipment. On the new curbs, traces of armoured personnel carriers are visible, and on the facades of buildings – from the shells hitting. According to the village head’s estimates, there was a lot of Russian equipment here – about 850 units.

When the Russians entered the village, they camped right in the yards of local residents. There were so many of them that it seemed like they were standing everywhere.

“We woke up in the morning and saw a Russian tank standing here in the garden, another one in the neighbour’s garden, one more in the communications department’s yard”, says Tetiana, a local resident who survived the occupation. 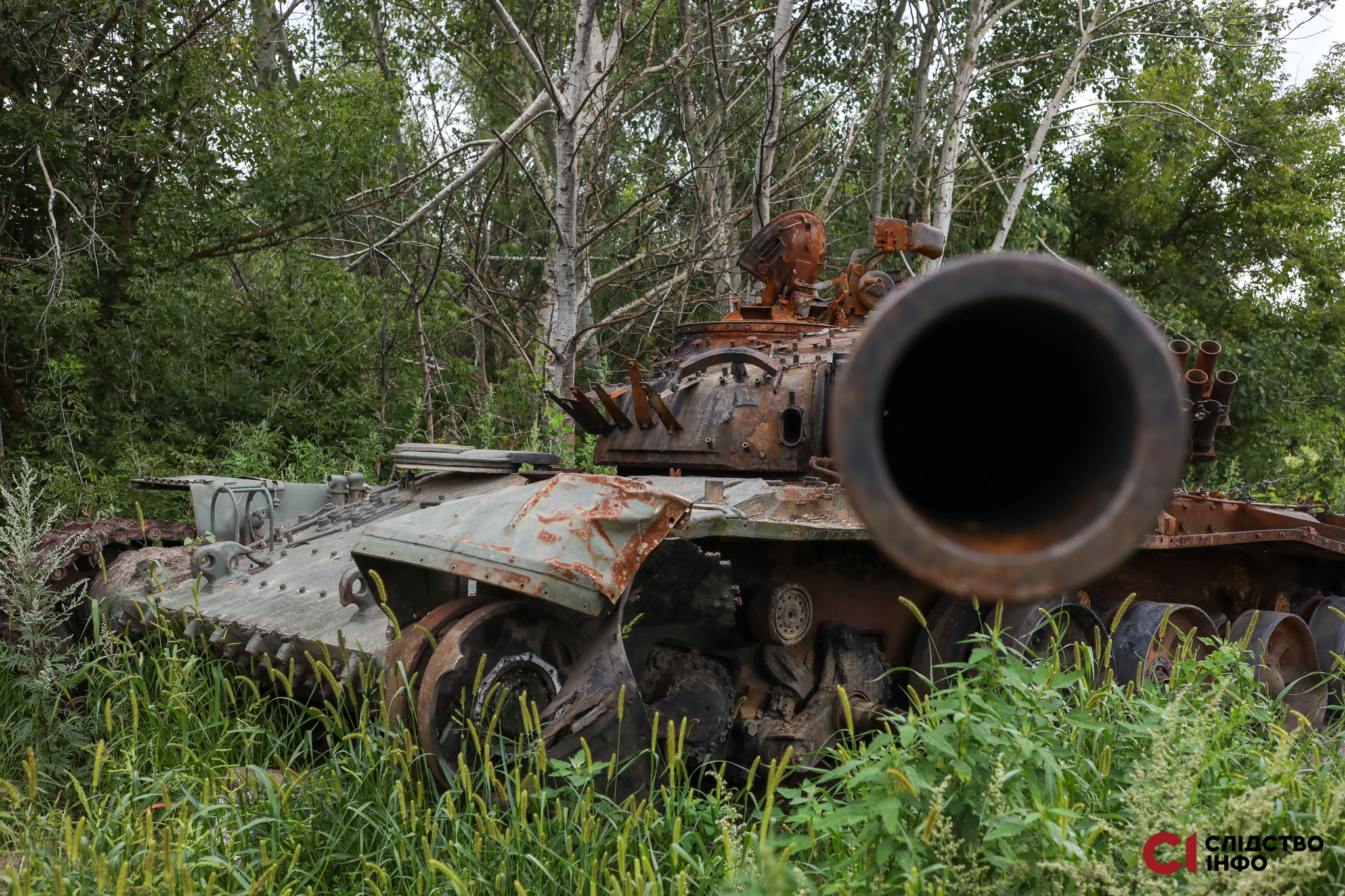 Russian soldiers went from house to house, took away phones, ransacked barnes and intimidated the owners. Tetiana remembers how the military invaded her yard.

“They entered as if they were the owners! One of them, kind of imperious, came and knocked on the door. “Are you scared?”, he asked. I replied, ‘Of course, I am, you came with the gun’. I was afraid for my son and granddaughter. Of course, I was afraid. Who knows, what was in their heads”, the woman says. The fear of the locals can be understood. In the first days, when the military entered the village, they shot a teenager. Fourteen-year-old Dmytro Solovei was playing a ball with his older brother on the street when they were fired upon. The boy was shot dead on the spot, and his older brother was seriously wounded.

Locals remained in terror and despair for more than a month.

THEY GAVE A LITRE OF WATER A DAY PER 20 PEOPLE

The Russians came to Hryhoriy early in the morning. They broke into the house and took him and his sister captive. The Russian military suspected them of cooperation with the Ukrainian Armed Forces – that they could be ‘gunners’ and inform about the location of Russian equipment.

“I had a lot of computer equipment at home, because I work as a data analyst. My house is old, and my equipment did not match the appearance of the house,” says Hryhoriy. 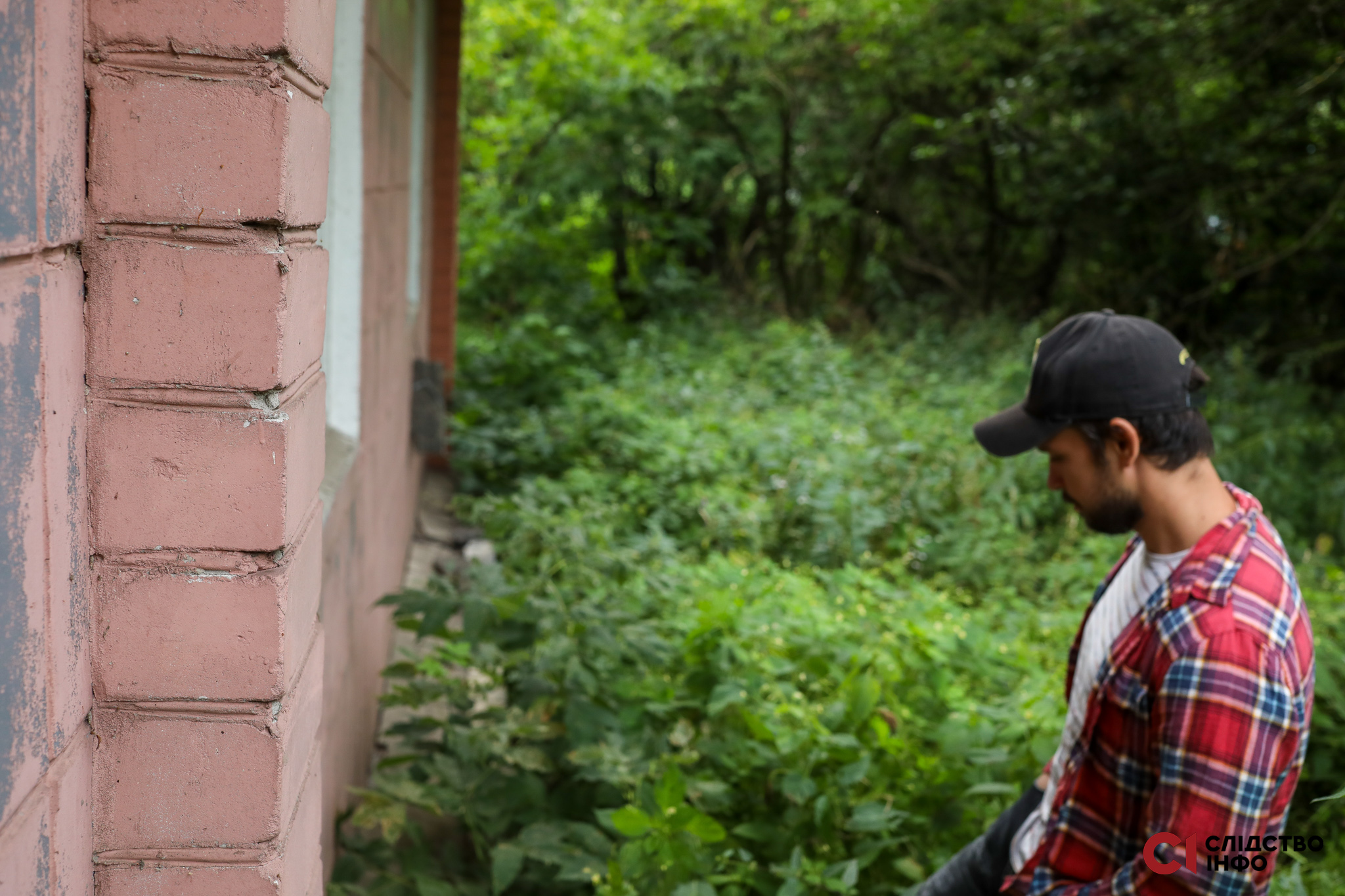 Hryhoriy recalls the course of events during captivity

His sister was taken captive with him, because she was not afraid of the Russian military. Three days later, after interrogations and thorough checks, they were released, and all their equipment was taken away.

The wife of another captive, Lisa, says that the men were kept in inhumane conditions without food and water.

“They kept them captive for 25 days, in the basement. They (the Russians – ed.) themselves hid in people’s houses, and the prisoners were kept as a human shield from above in some barns. Then it was 20 degrees below zero, people’s fingers were freezing, and they were removing them to one another. It was horrible. My husband had lost 14 kg. They were not given food or water, they had a litre of water for 20 people per day,” says Lisa. 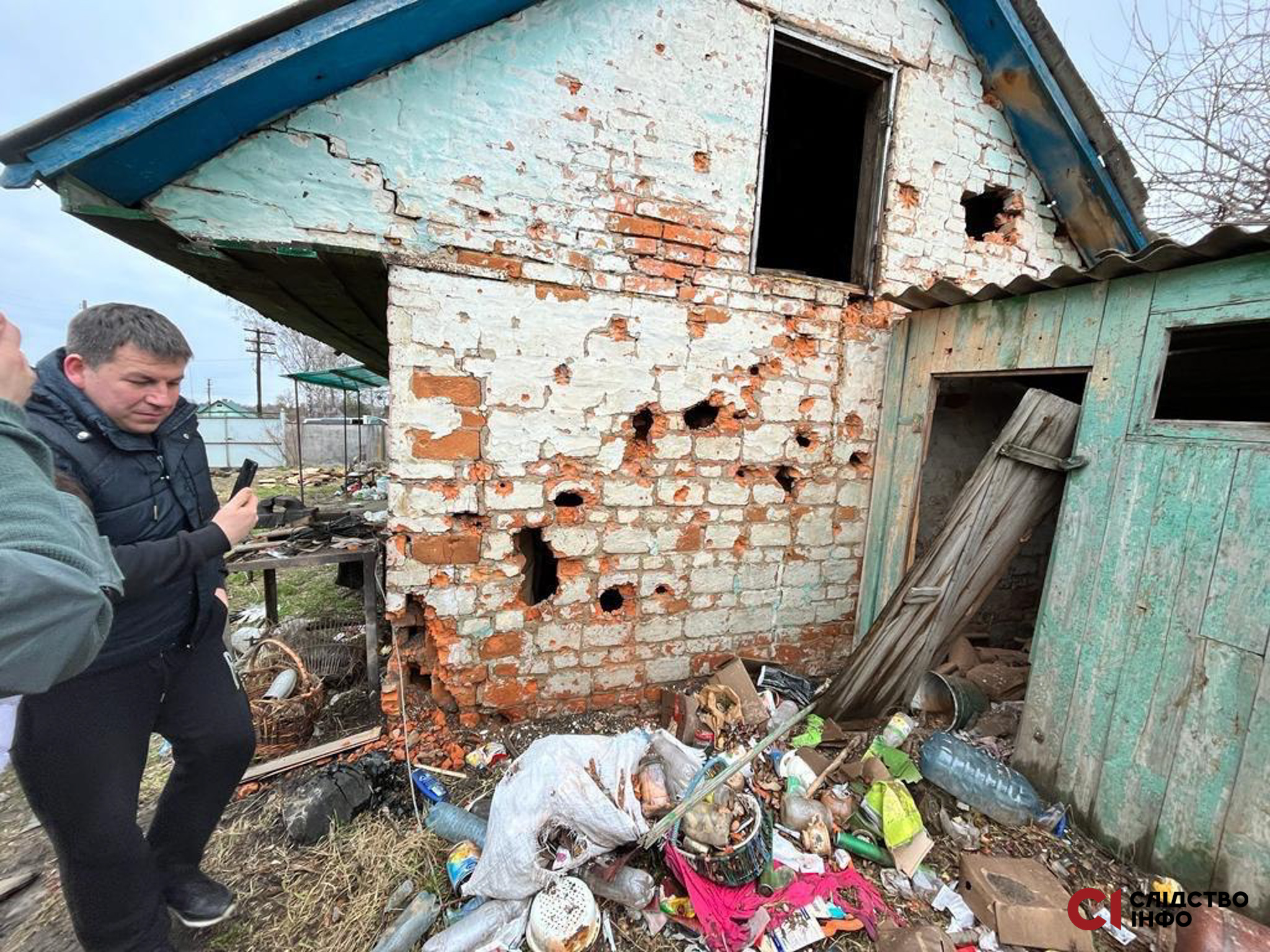 Her husband was also taken prisoner on suspicion of cooperation with the Armed Forces of Ukraine. On the eve of the arrest, the man tried to negotiate with the occupiers so that they would release the children who were hiding from the constant shelling from the village. However, after these negotiations, the Ukrainian Armed Forces fired upon the positions of the Russians. Then the invaders captivated twenty people from the city.

HE ORDERED TO SHOOT EVERYONE

Talking to Slidstvo.Info the former prisoners recognized the military man who gave the order to detain the locals. His name is Ruslan Uralbayev. Judging by his social media account, he is from Kazakhstan. Also, Uralbayev has a tattoo of a bat on his body which may indicate his connection with military intelligence. 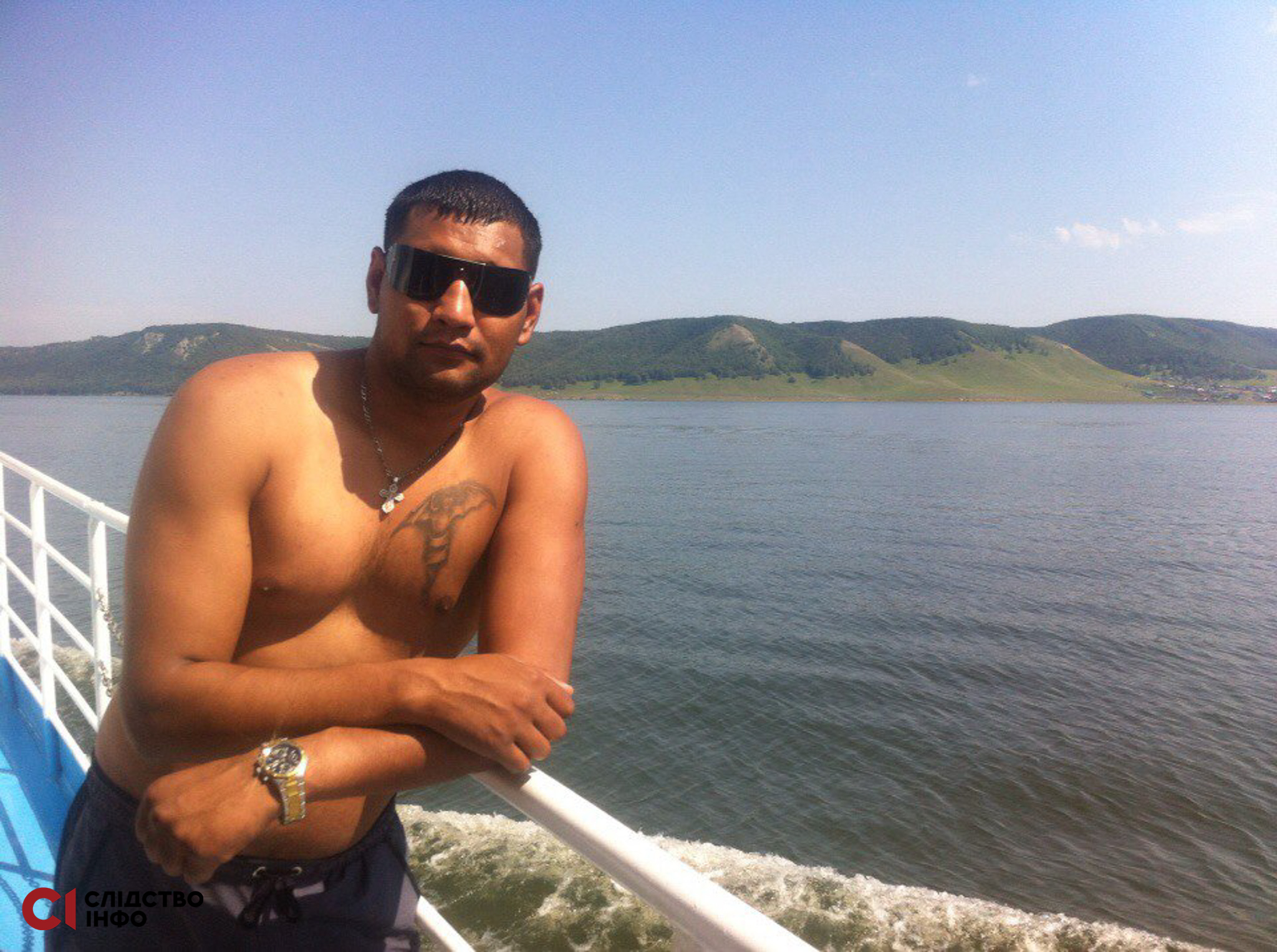 Hryhoriy recalls that his call sign was “Ural”. According to the man, it was Uralbayev who gave the orders to shoot the prisoners. The shootings, which Hryhoriy witnessed, were an act of intimidation. Russian soldiers fired shots into the air near the heads of the prisoners, and then took them for interrogation. 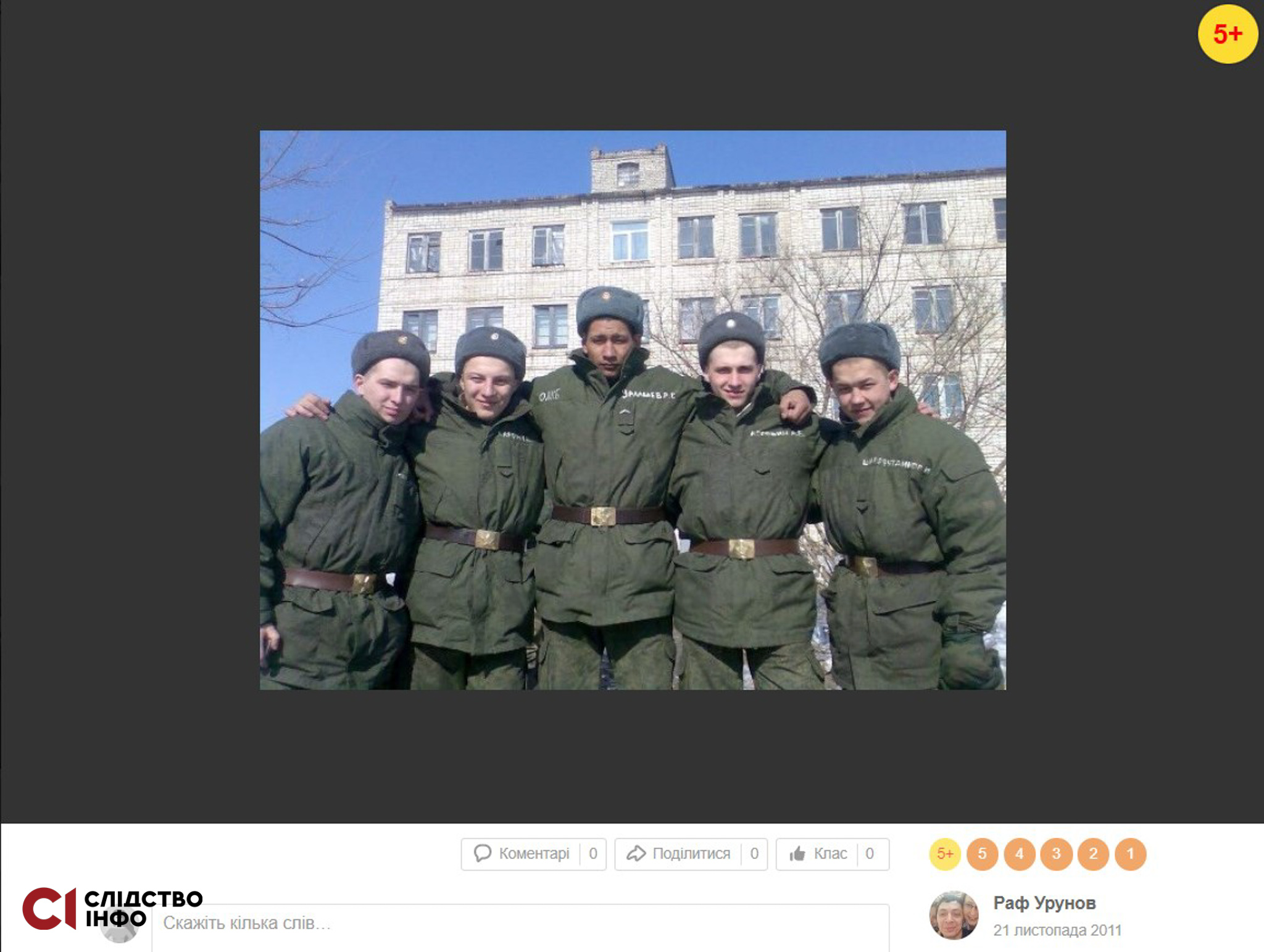 Lisa says that she also communicated with this soldier – she recognized him from photos on social media. If most of the occupiers were young, Uralbayev was much older and commanded other military forces.

“He was the main one and gave orders. Everyone else rode tanks, and he rode an armoured personnel carrier. He even was wearing a slightly different uniform: if they were all heavily armed, he had fewer weapons on him. And he sometimes rode in a military jeep with a driver, he was driven,” says Lisa.

EVERYONE HAD TO BE BLINDFOLDED AND HOLD THE ROPE

Liza had to meet with the Russian military several times. The woman wanted to get her children out of the village, and she kept trying even after her husband was taken prisoner. 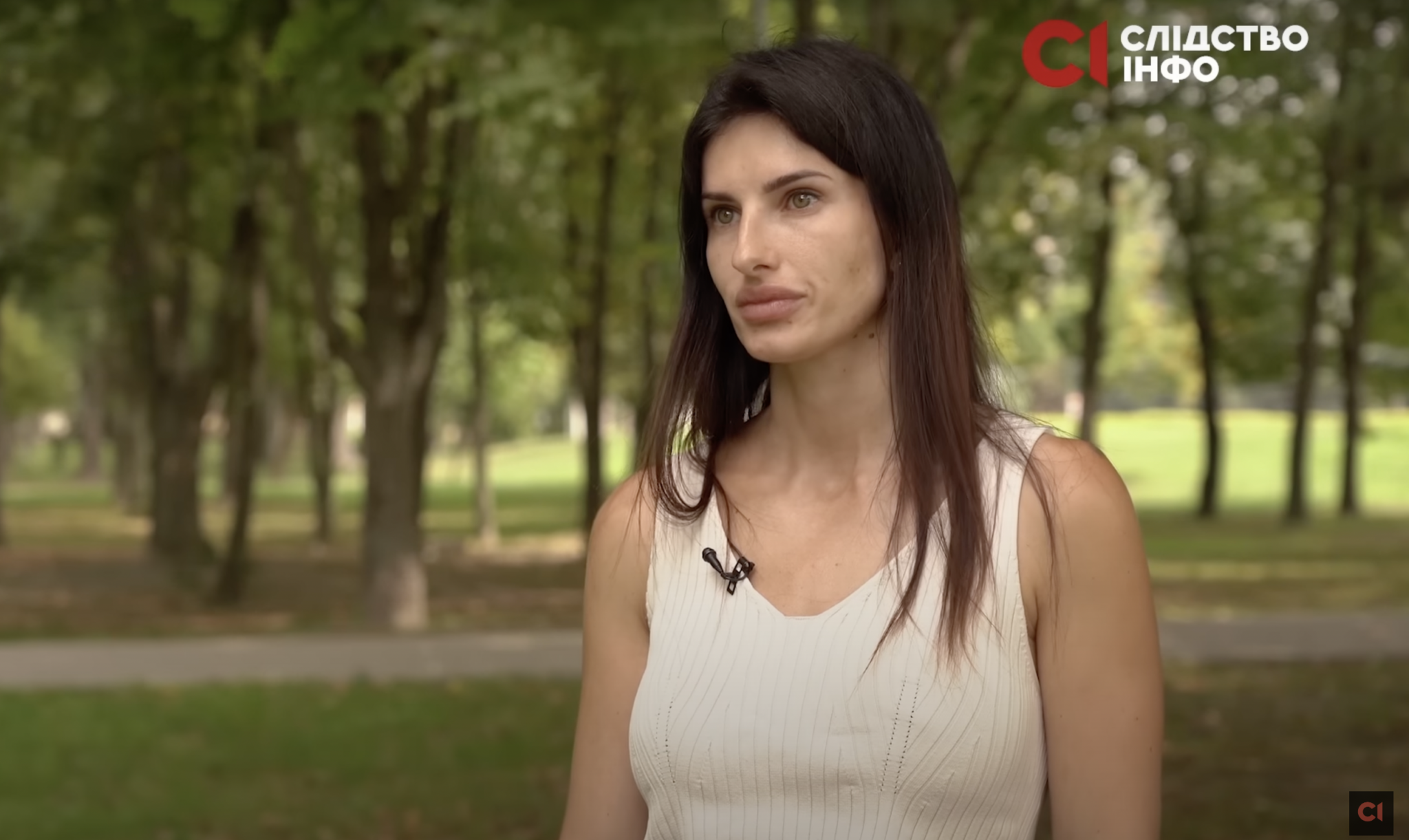 Lisa talks about the events during the occupation

On the eve of these events, Lisa and her three children left Brovary for Nova Basan’ to wait out the shelling of Kyiv. Her relatives and friends came there with their children to seek safe shelter. Instead, people fell into occupation. 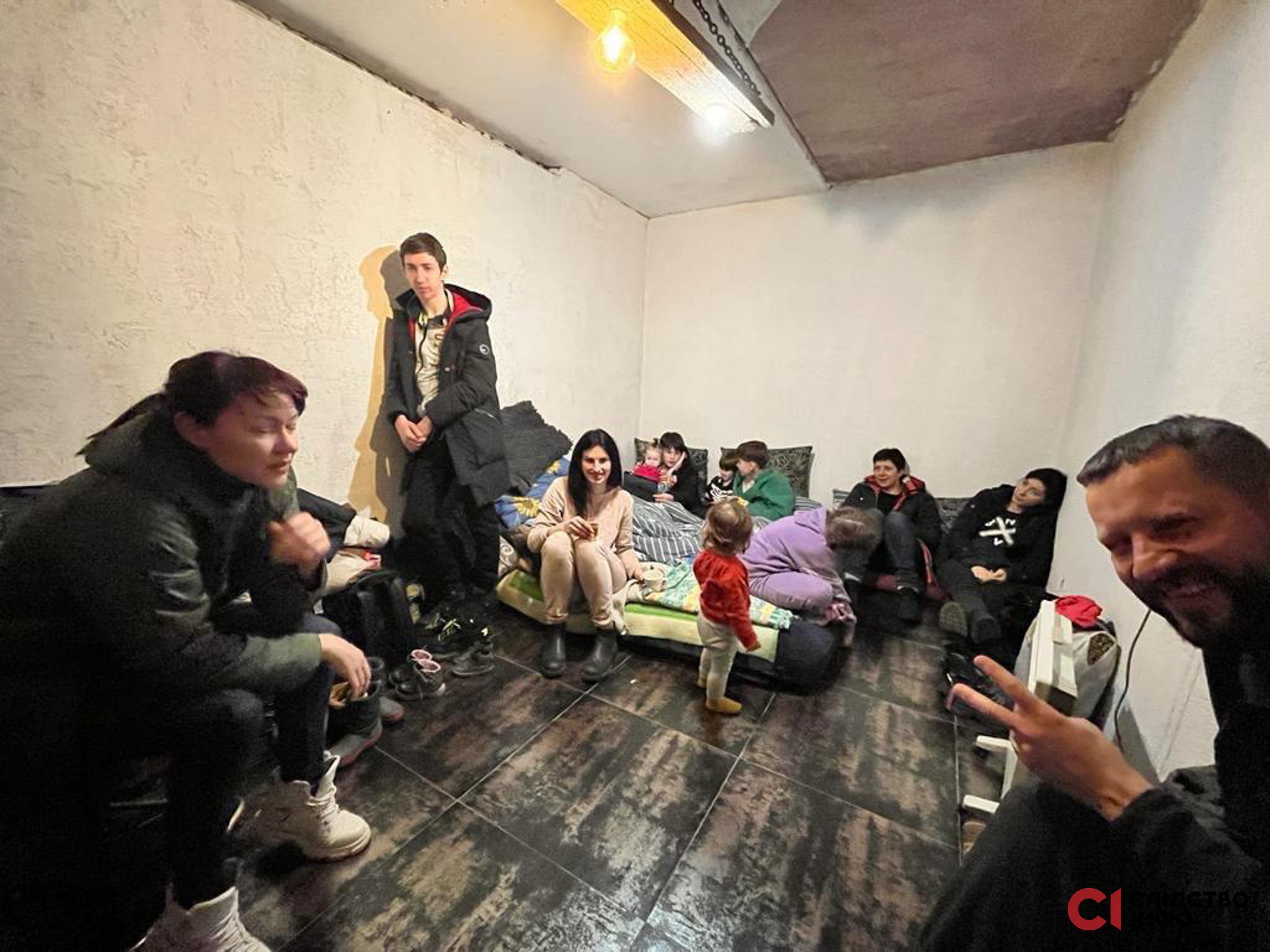 “There were sixteen of us living in a small house with a lot of kids. I met a mother who had a family-type orphanage. She was alone and had 12 children. She didn’t have anything to eat at all and she said: “We will either die from a shot or from starvation.” Therefore, we decided to leave the village together. We had a total of 24 children,” says Lisa.

The woman eventually persuaded the occupiers to let the children out of the village. They agreed on one condition: everyone, including the children, will be blindfolded and their hands tied. The military promised not to shoot in the backs of women with children, but clarified that the field through which they would walk may have been mined.

Meanwhile, Lisa’s friend published a post on social media with an appeal to help the children get out of the village. Some people got in touch with the woman and assured that it was safe to walk in this field. Lisa weighed all the pros and cons and led the children through the “green corridor”. 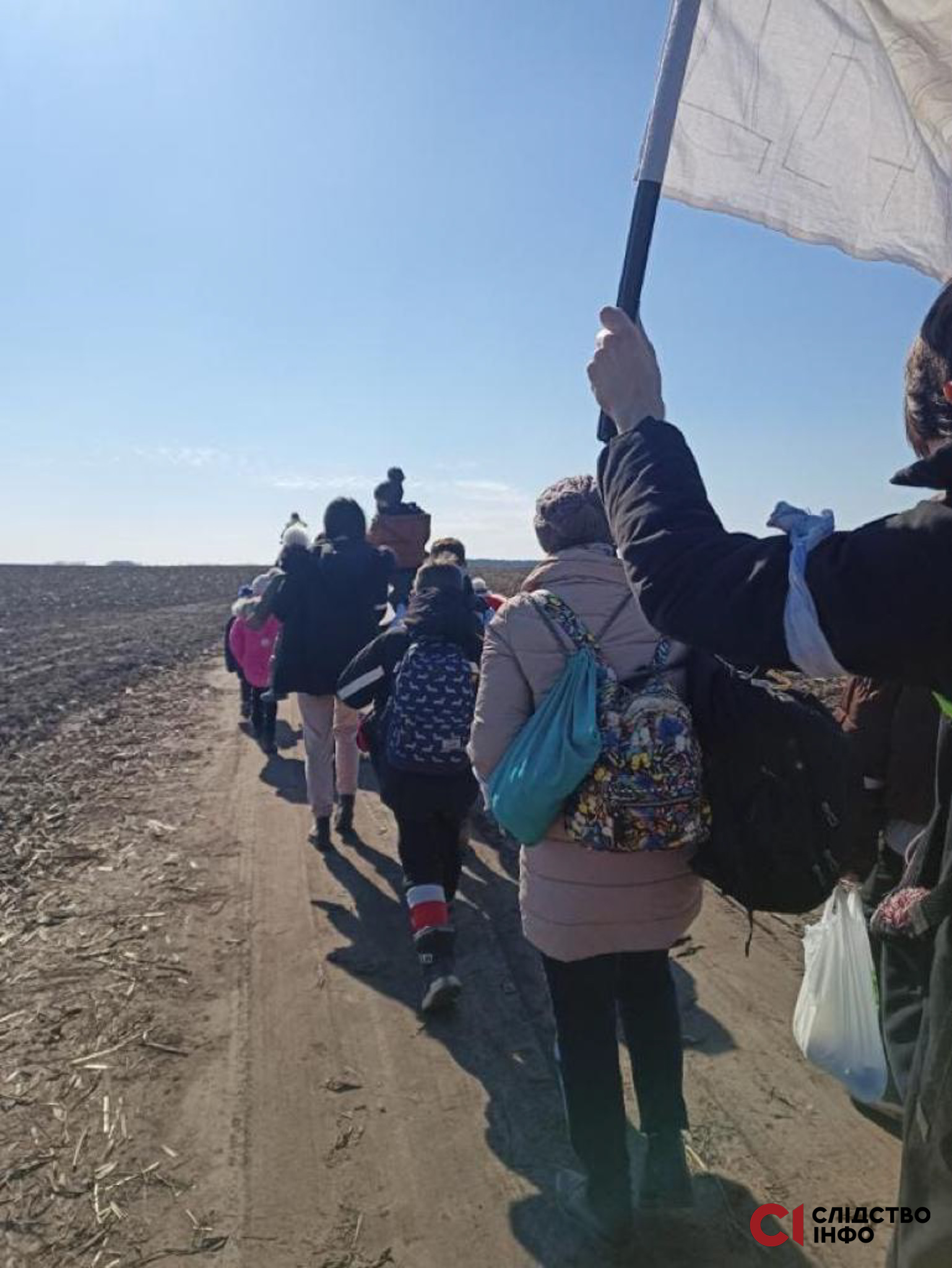 All the time, Russian soldiers were following the woman and children, and somewhere in the middle of the way, an enemy drone continued to follow. When a group of blindfolded people with hands tied, holding on to a rope, reached the nearest forest strip, Ukrainian soldiers were waiting for them there.

“It turns out that a whole special operation was organised on that side. There were seven cars in the forest lane, we got into them, and we drove 140 km/h across that field,” says Lisa.

After a month of occupation, when the Russian military had left the city, her husband also came out of captivity.