Головна Сторінка » English stories » Planned abuse: during the occupation of Snihurivka, Russians took people to torture chambers according to lists 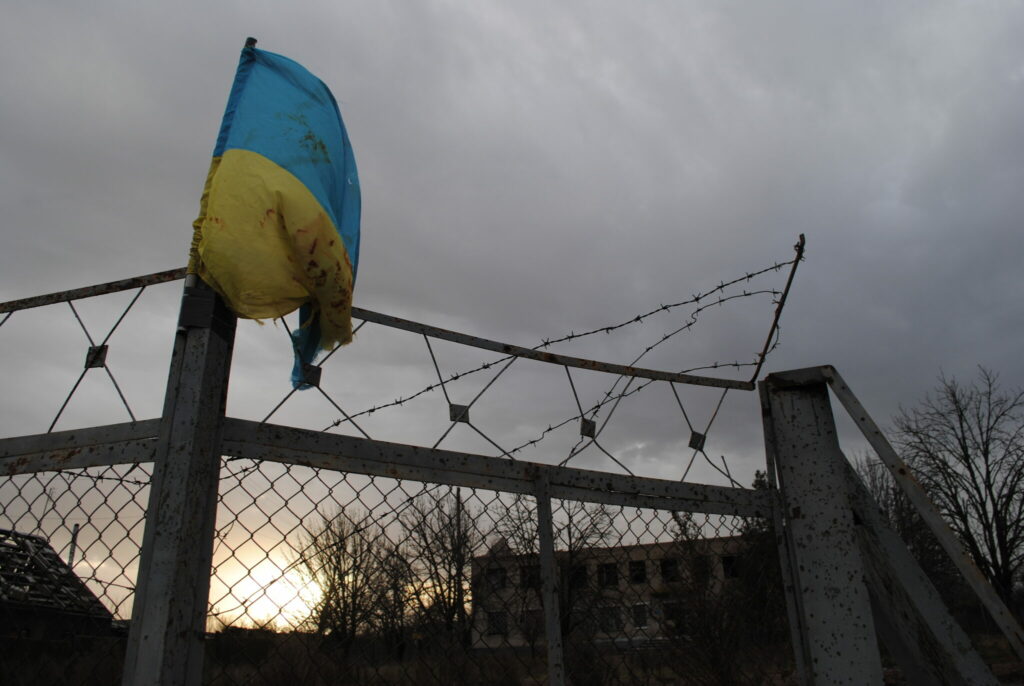 Snihurivka, Mykolaiv region, was under the occupation of the Russian army for 8 months. On November 10, the Armed Forces of Ukraine liberated the town.

Local residents of Snihurivka, Mykolaiv Oblast, told the Slidstvo.Info journalists about the torture chambers set up by the Russians and about life during the Russian occupation.

“THEY WERE LOOKING FOR NAZIS AND WEAPONS”

On March 14, Russian aviation dropped 4 air bombs on Snihurivka with the help of parachutes, which resulted in the destruction of civilian houses and a military enlistment office. 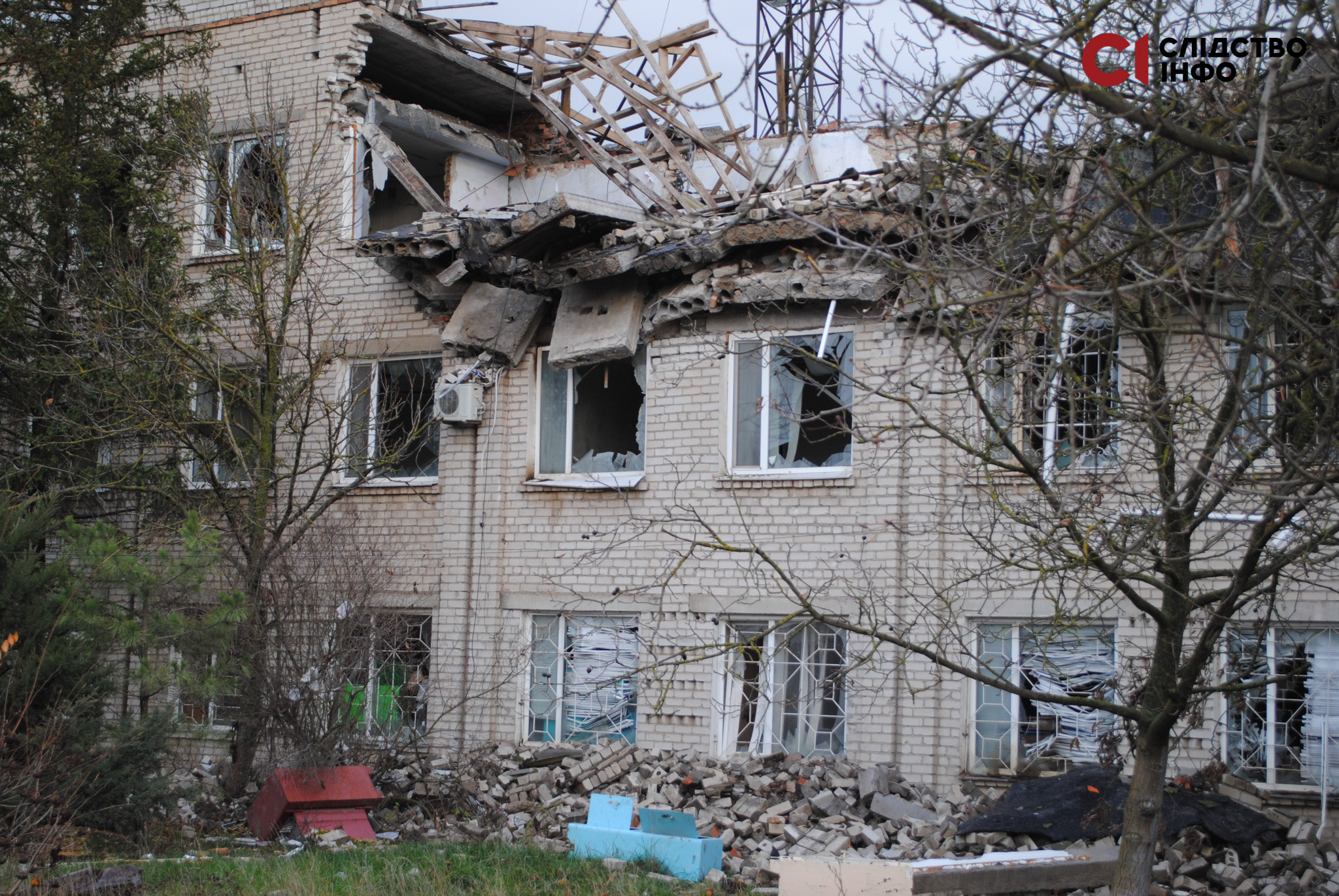 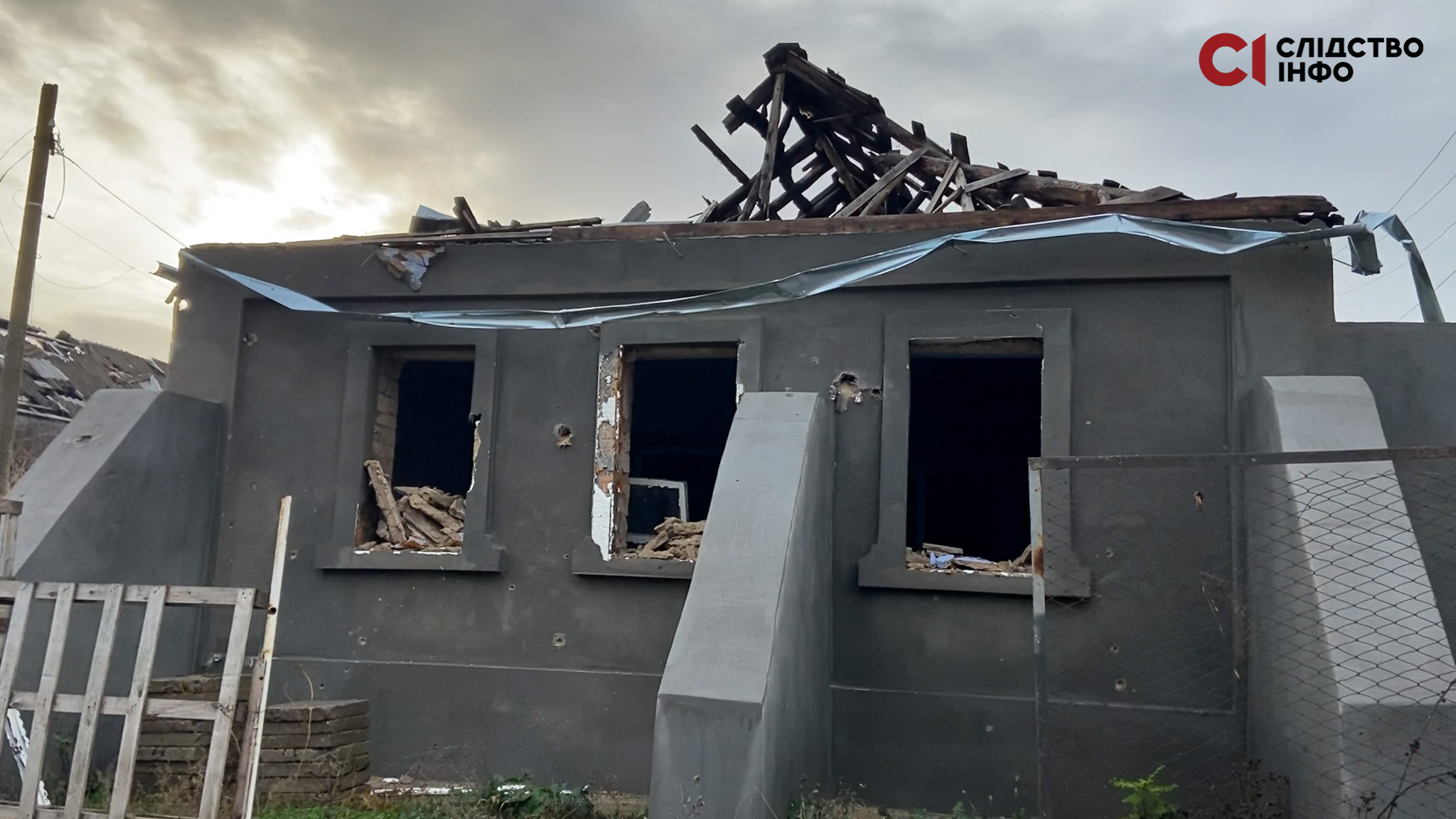 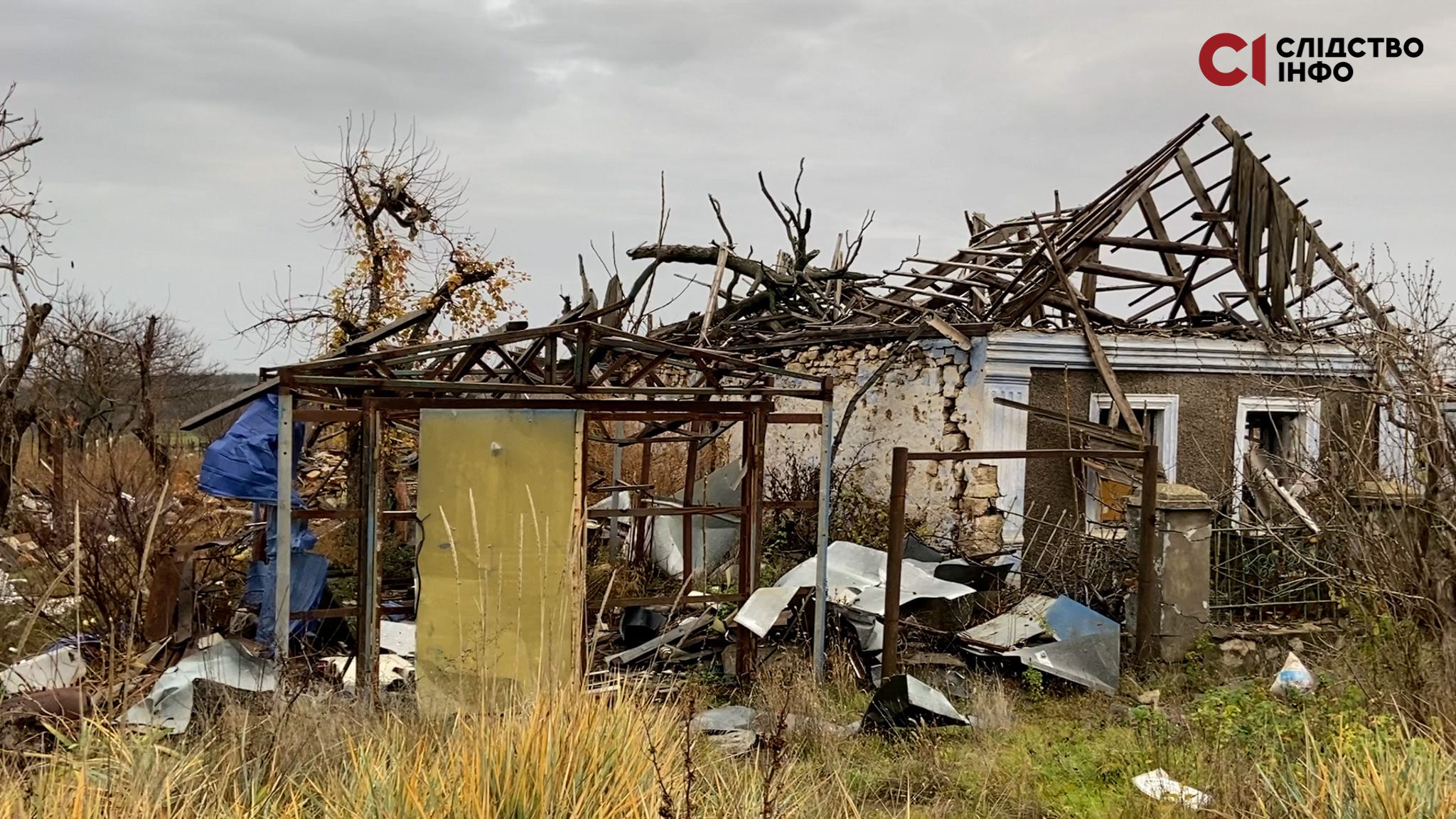 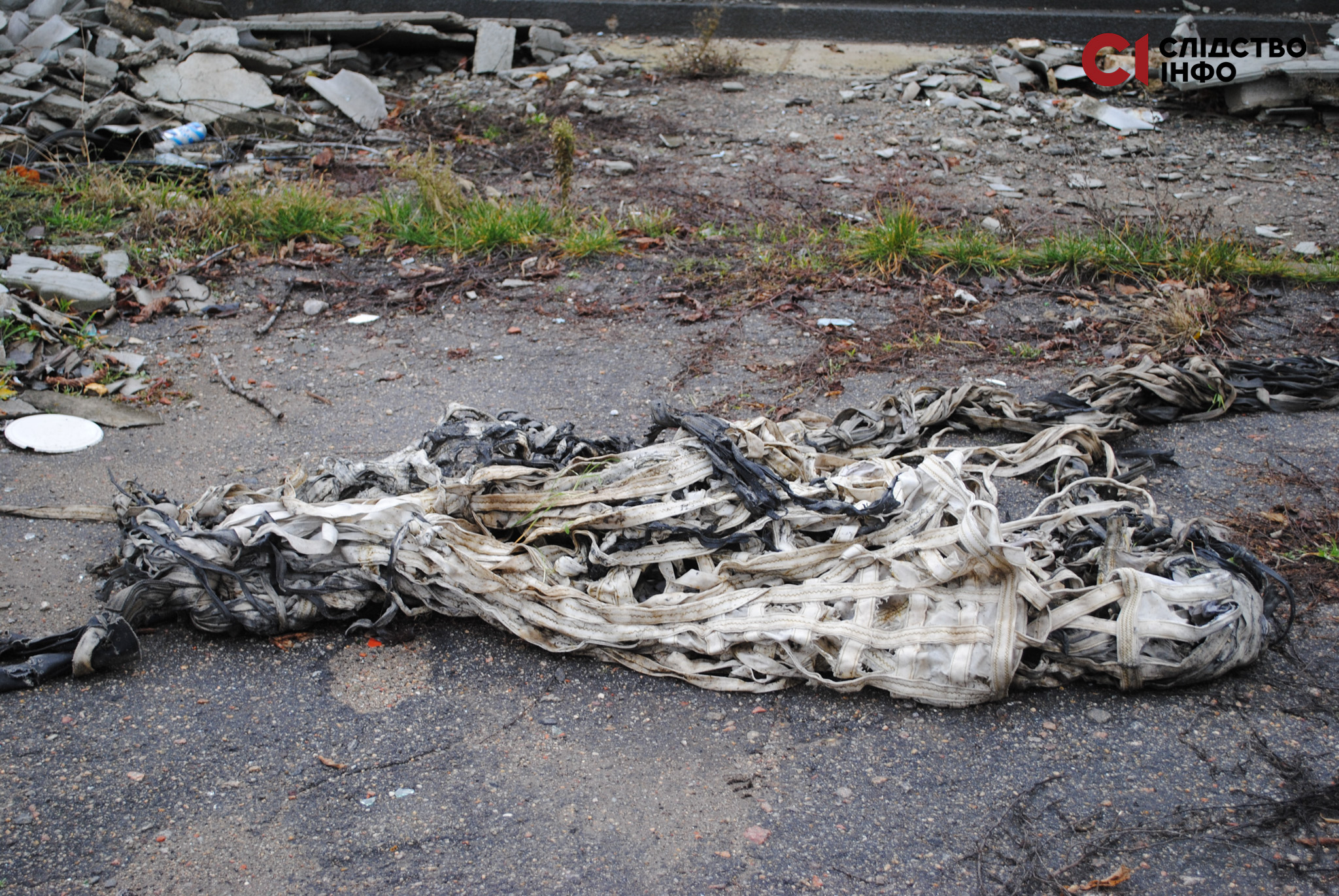 “I walked around the city, our flag was still hanging on the city council. On the ground, on the asphalt, there were traces of tank treads, the shops were all bombed and looted, road signs were bent”, a local resident Denys recalls the arrival of the Russians.

During the occupation, there was no connection in Snihurivka, the Russian military began to conduct searches and abduct people. 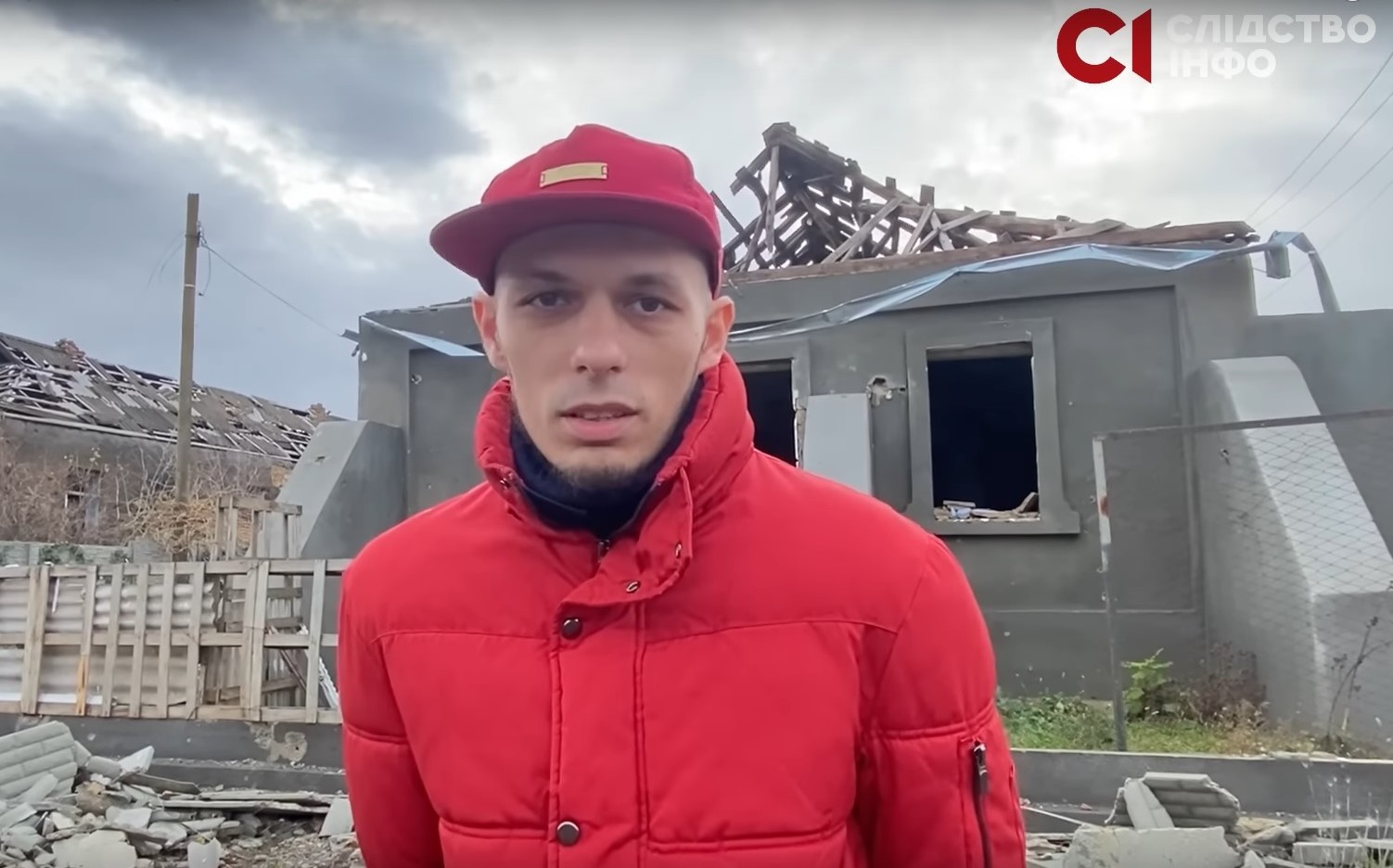 Denys is a resident of Snihurivka

“They came in masks, armed, and we showed our passports. They said to check the barn, basements, looking for Nazis and weapons. We told them that there were no soldiers here, let alone any military facilities,” says Denys.

The man recalls that the Russians had lists of people they planned to kidnap.

“At first, they were “working out” people who were in the territorial defense, anti-terrorist operation (the name of the temporarily occupied territories of Donetsk and Luhansk oblasts used before 2018 – transl.), servicemen, and these lists grew over time. And at the checkpoint there were already these lists… the car could be turned around because the person on the list was not allowed to leave,” says Denys.

The locals had to go through abductions, torture and abuse. It is still unknown exactly how many people were killed and disappeared in Snihurivka.

“Some people were tortured, there are people who were there not one day, but two or three, they were deprived of water and food,” Denys recalls.

The man said that his acquaintance, a fighter of the territorial defense, was severely beaten by Russians.

“Local people found him in the neighborhood with very serious injuries and rescued him at home. He is fine, he survived,” says Denys.

It is currently known about the torture chambers that the occupants deployed in the buildings of the national police, restaurant and local administration. The head of the Snihurivka city military administration Ivan Kukhta told journalists about this. 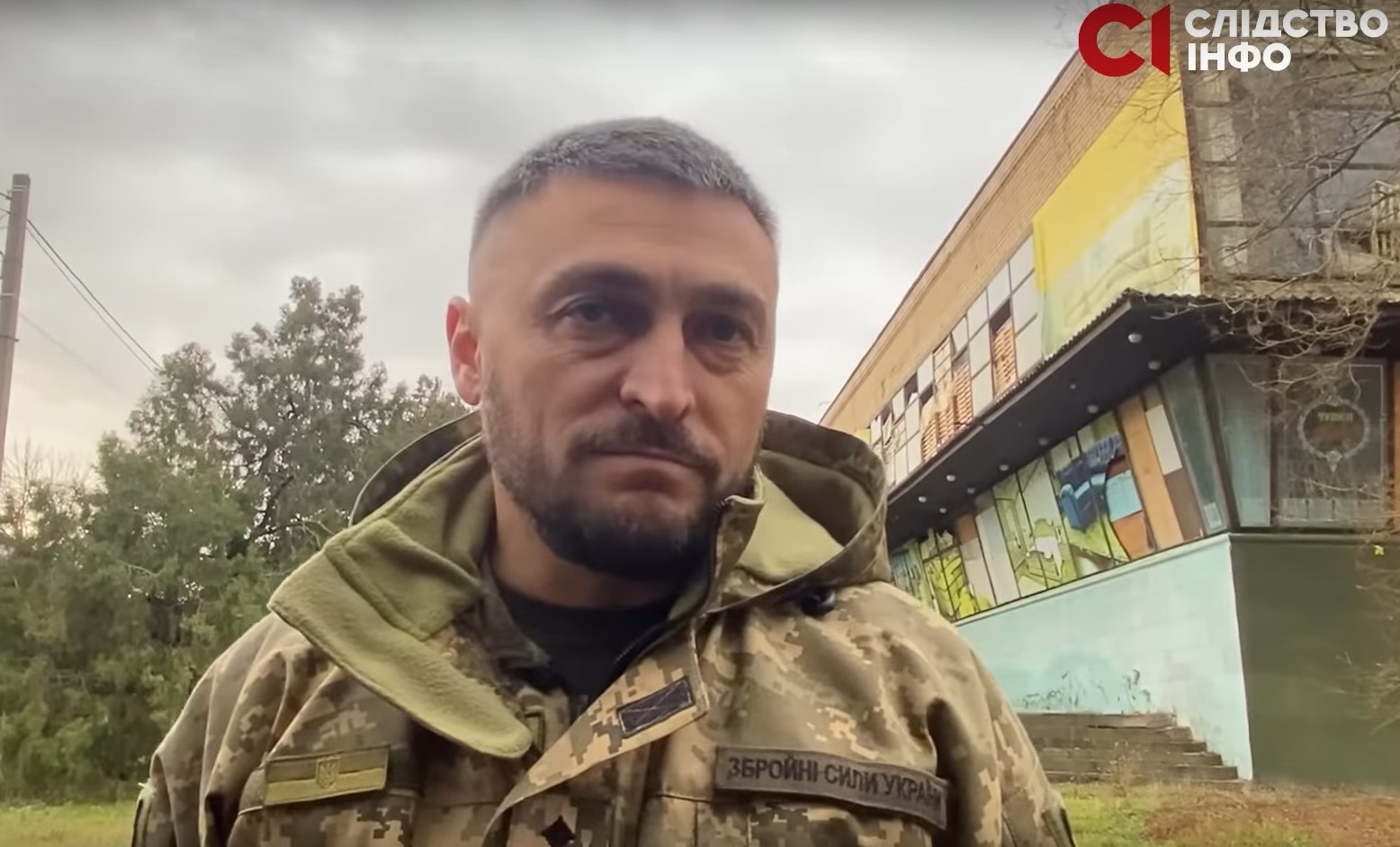 Ivan Kukhta, the head of the Snihurivka city military administration

“We know that tortures took place in the district police station. It is destroyed… We will demine the destroyed buildings later, we will clean them, enter the basements, see what the situation is there,” says Mr. Ivan.

Ivan Kukhta says that they are currently recording testimonies of people tortured by Russians. There are many destroyed and looted houses in the city.

“WE WILL CUT OFF YOUR FINGERS”

Local residents of Snihurivka say that Russians abducted not only Ukrainian servicemen, but also women and even children.

“They took women. And children were taken away. On the 7th or 8th, my friend and I were kidnapped by Russians and taken to the basement of the elevator. We stayed there for 4 days without food and water,” recalls 15-year-old Nastia. 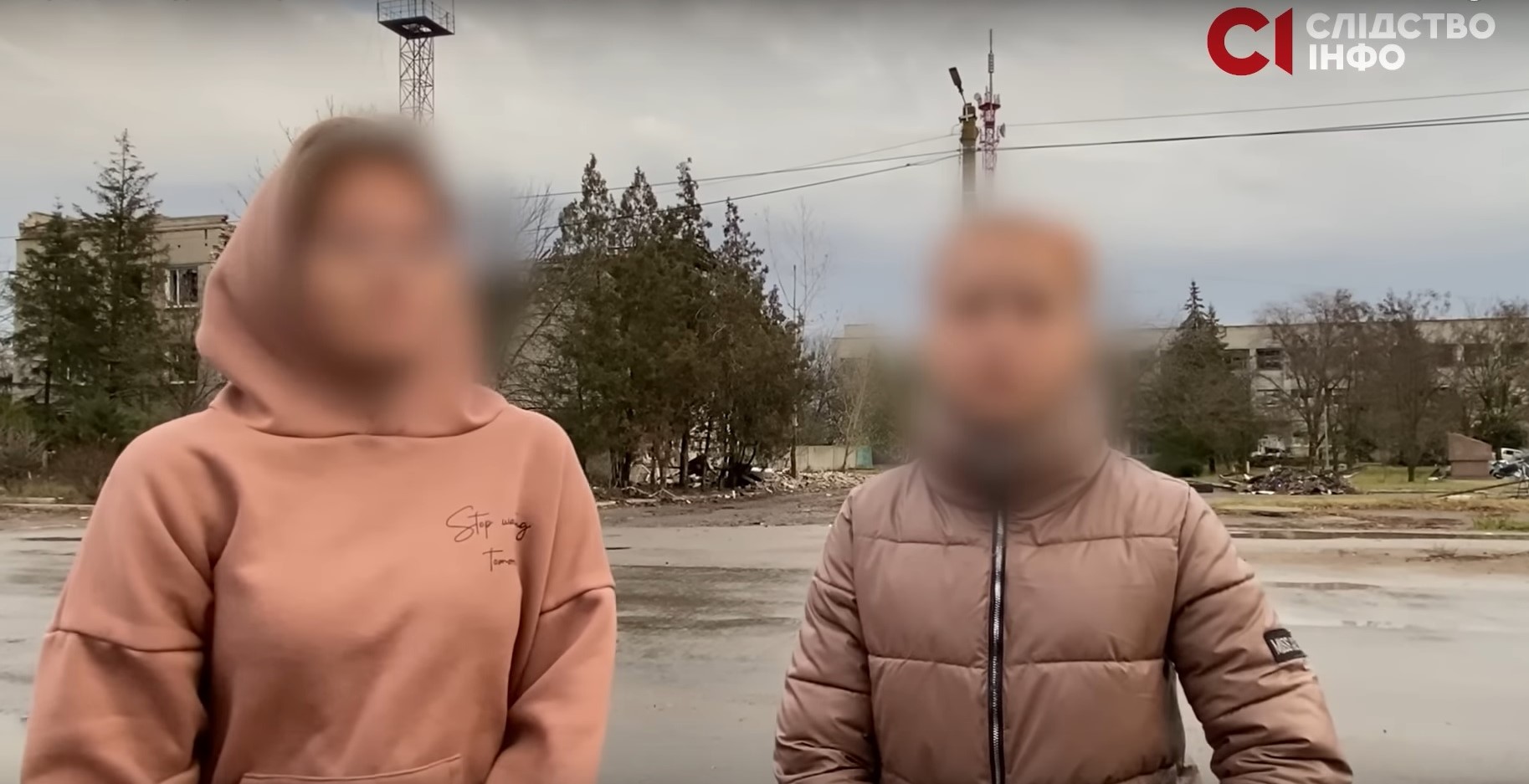 Lisa and Nastia, the local residents of Snihurivka

Russian soldiers kidnapped the teenagers and threatened to cut off their fingers if they did not tell them about the Ukrainian military.

“They wanted to know about the Armed Forces, about the military… We say we know nothing, and they say: “tell us, or we will cut off your fingers”. After that they left and never came back,” says Nastia.

For several days the children tried to get out of the basement on their own.

“We were trying to break the door for two days, but we couldn’t. Then in the evening we started hammering and hammering, and finally broke it,” the girl recalls. 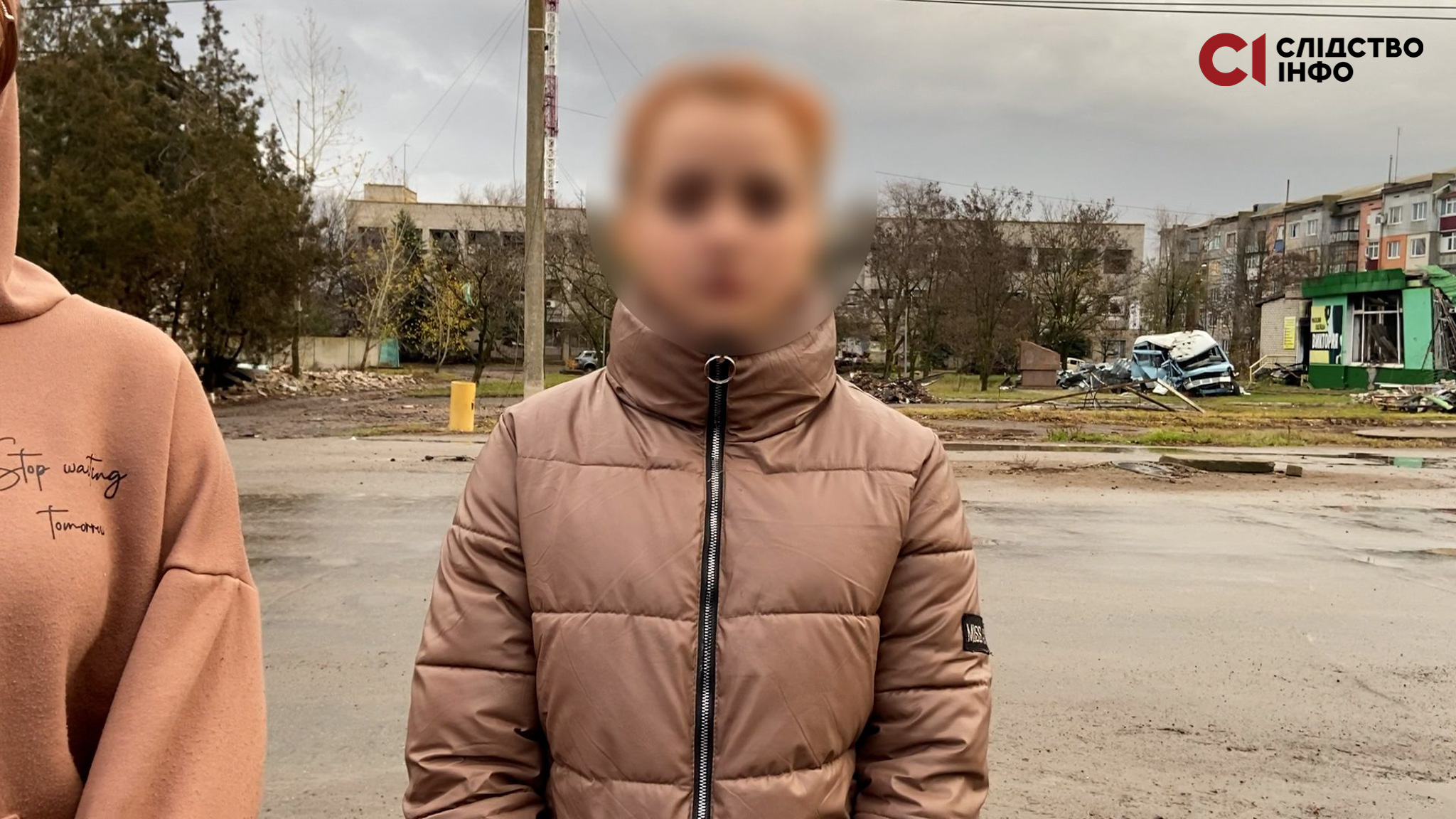 15-year-old Nastia, who was abducted by the Russian military

“There was such a thing (abduction of women and children – ed.), rarely, rarely… We had two girls, then they were abducted and are still missing,” says Nastia.

According to the girl, she also does not know where her friend Vitaliy is, who was beaten by Russians for hanging the flag of Ukraine.

“When our Vitaliy, well, his nickname is “Kaban” (“Boar” in English transl.), hung a flag on the tower, they (Russians – ed.) shot this flag, and half of the house was left at my grandmother’s house on Shevchenko street (street in Snihurivka – ed.). And this Vitaly was beaten, we do not know where he is now,” the girl says.

During 8 months of occupation, many units and various military formations of the Russian Federation visited Snihurivka. Local residents say that they saw Buryats, Kadyrovites, soldiers from the “LPR” and “DPR” (the so-called Donetsk and Luhansk People’s Republics, self-declared quasi-states established by the Russian Federation on the occupied territory of certain districts of Donetsk and Luhansk regions of Ukraine – transl.), as well as Rosguards and Tyumen riot police in the town.

Information about the people who were visited by the Russians was provided by collaborators, who, according to the locals, are still in Snihurivka.

“I was detained twice: once – for a day, the second time – for four days. I was kept in solitary confinement. Interrogations were conducted five times a day with psychological and physical influences,” says Andriy Zherdev, abducted by the occupiers.

The man says that the cells in which the Russians kept the abducted people were overcrowded. Andriy heard how the military interrogated the townspeople. 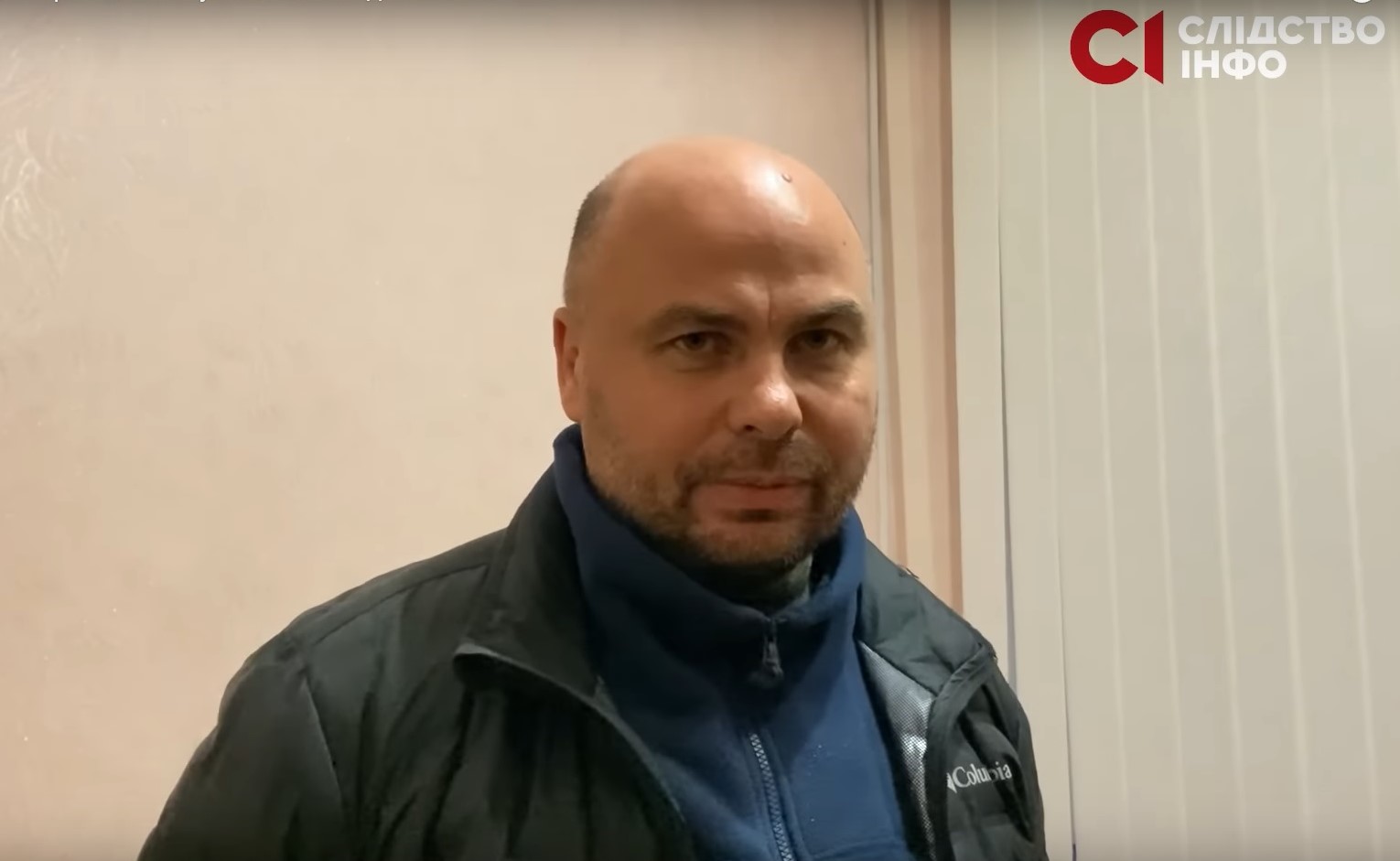 Andriy Zherdev, the resident of Snihurivka, who was abducted by the occupiers

“I can’t talk about the dead, because I can’t. But when I was held for 4 days, all the cells were overcrowded, how many there were… According to rumors, on some days – up to 40 people… I heard it was impossible not to hear how they (Russians – ed.) interrogated,” Andriy recalls.

“NOT ALL COLLABORATORS HAVE FLED”

Andriy says that local collaborators pointed at him because the man financed the territorial defense. He believes that it was a revenge for the fact that his son helped to defend Snihurivka since the beginning of the war.

“I have personal facts, but in fact I have not yet proved their (local collaborators – ed.) involvement. This is 99.9%. But I cannot name them, because I need “iron” documents or confessions,” the man says.

The head of the military administration of Snihurivka Ivan Kukhta told the reporters that the collaborators who held high-ranking “positions” fled together with the Russian military, but many executors of the orders of the occupation authorities remained in the city.

Now police and Security Service of Ukraine officers are working in Snihurivka. Currently, it is dangerous to return to the town, as the Russians left behind many mined buildings.