Головна Сторінка » English stories » “I will cut your head off, and you will watch yourself dying” – the story of a man captured by Russians

"I will cut your head off, and you will watch yourself dying" – the story of a man captured by Russians 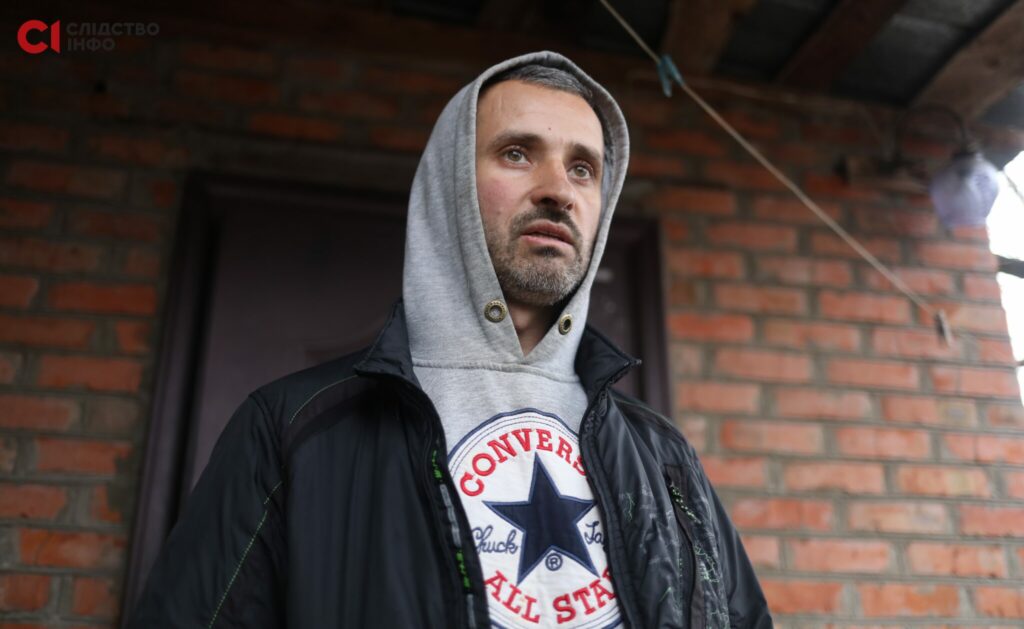 The village of Dymer of Vyshhorod Raion is located 50 kilometers north of Kyiv. Since the first week of March, it has been occupied by the Russian military, who, as in the other villages in Kyiv oblast, have robbed the residential houses and abused the local ones.

Journalists of Slidstvo.Info recorded the story of a local resident Pavlo, who helped the Ukrainian military and was captured by the Russians because of that. Pavlo’s direct speech is beyond (English subtitles available).

I decided not to go anywhere from Dymer, but to help my neighbors. I have rabbits at home and hens too. I had to watch them as well. We also helped to organize the water supply: my neighbor had a well, we threw the pump there and got generators so that the water could be accessible outside. Many people left, asked to look after houses and their dogs, so that there were no looters. But this did not save us from the Russians.

The Russians were on our street. We tried to talk to them. They said they had come to save us. We told them, “Understand, we lived well without you, who and from whom are you saving us? You are just brainwashed.” They themselves stated that we live much better than they did.

We tried to convince them to surrender. We said that than we wold hide them in the basement, they just needed to hand their weapons over and surrender. They answered that there was no way back, either a shooting awaited them at home, or up to 15 years in prison.

I also passed data on the movement of equipment, its location, where they hit with shells to our Armed Forces. And I had some information left, I didn’t delete it from the phone. One day, we decided that we had to get some diesel fuel from the tractor base, which is in the outskirts of Dymer.

We went to that base, and I had just given a tip away about their positions. And they were hit a little there (the Armed Forces of Ukraine fired at the positions of the Russians – ed.), they were irritated. Instead of fleeing, they became even more angry. They found a phone in my car, and there were some photos and videos that they had better not see…

We were beaten a little in Dymer. Then we were blindfolded, hand-tied and taken away – we thought it was Syniak (a village 15 km from Dymer – ed.). We were badly beaten there, to be honest. We were beaten, pressured, tasered. Also my leg was shot. They asked for some information so that we would hand some officers from the Security Service of Ukraine or someone else who is fighting against them over. And I was well aware that if I had given them any information, we would have just been shot there. They had held us for four days, and then in the morning they took us to the center of Syniak and let us go.

We got badly punched, to be honest. The first day was the hardest. After being beaten, I felt shortness of breath while passing just a few meters. The left side was completely purple – so whipped. The right side was less purple. It was only hard to sleep. Now the waistband hurts. The least painful thing was to be shot – like a mosquito bite. There was only one bone hurt. If it hadn’t burst, maybe I’d not have had a cast. 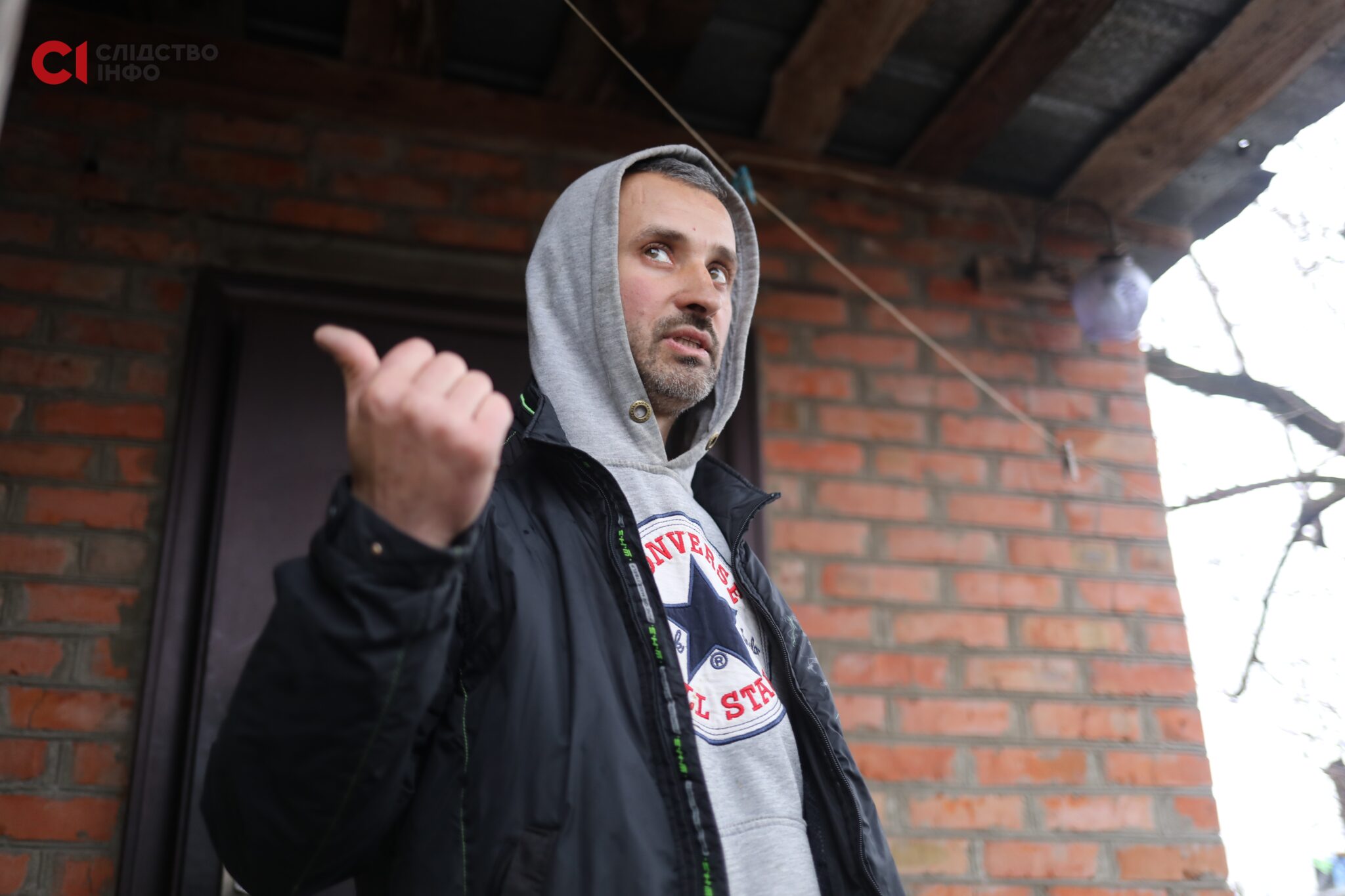 I think what made them angry the most was that I wasn’t afraid. At first two of them were beating me: one – with a tourniquet, also with a butt. They didn’t blindfold me, because they were wearing balaclavas. One was standing near and looking right into my eyes. And he said, “He’s not afraid of us, he should be done.” I said, “Why should I? I’ve never fought in my life, I’ve never been in the army. Why did you come, why are you fighting with me, why are you beating me?”

They like beating and bullying. There was one complete redneck among them. He yelled, “I’m one of the Kadyrovites, I’m a Chechen! I’ll cut everything I can off! And I will cut your head off and you will watch yourself dying.” That’s what he told me and, by the way, shot my leg after that. He also asked me where to shoot: in the knee, in the head, or in the liver, so that it could take longer time to die.

He shot me in the leg and said, “Hmm, not enough for you? Let me shoot another one.” After shooting my leg, he still has beaten me in the sternum.

There were two of us (a friend that he went to the tractor base with – ed.). But someone had already been in that room before – we saw different things, mattresses there. In the first few days we were not allowed to eat. So we found 2 sacks of potatoes, probably 4–5 bags of beetroots, and another bag of carrots. There were also onions. In the first two days, I wiped raw potatoes… and ate them. Sasha didn’t eat. We ate the beetroot in half, and then the carrots also. On the third day, they brought us these field rations, but, frankly, I would rather eat beetroots. 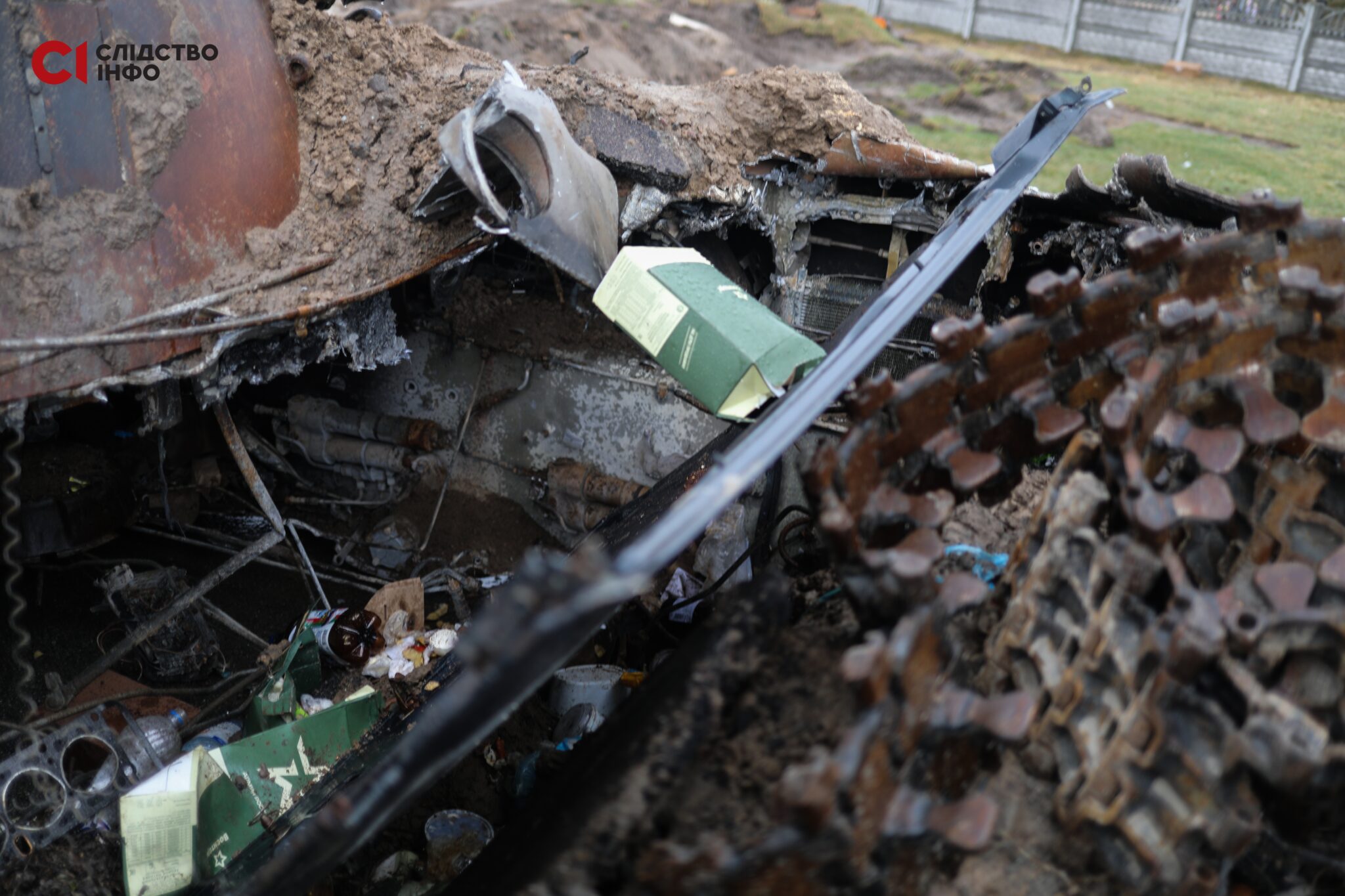 On the third day we were brought the uniform of “Automagistral” workers (a company engaged in the construction of roads, located in the village of Syniak – ed.). So on the third or fourth day, we really felt like people. 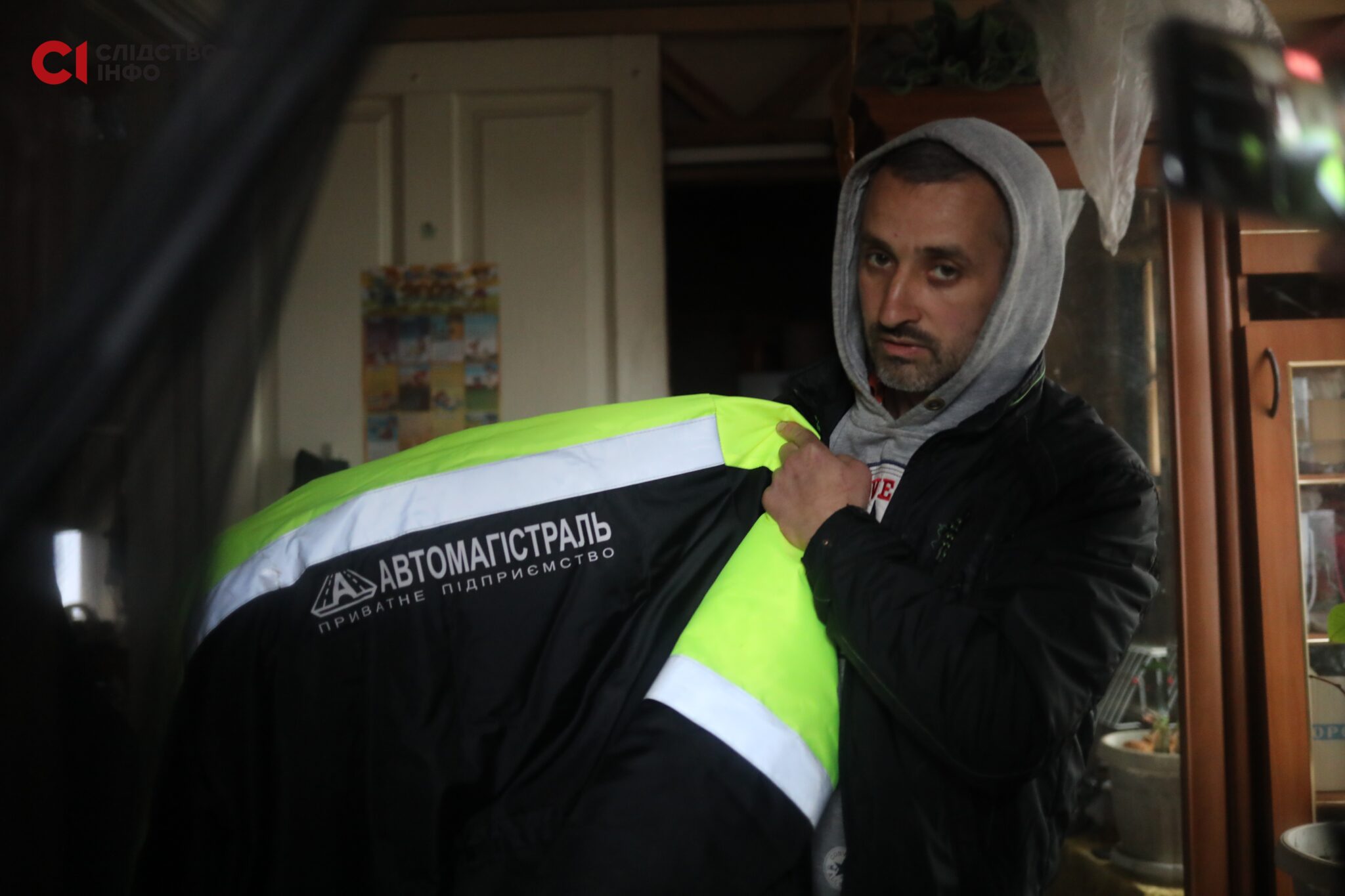 After they let us go, we reached Demydiv on foot, and there we were driven home by our acquaintances.

Now we will try to let it go and I will ask to visit Syniak. I will probably get my documents, which are there. The phone is unlikely to be returned.