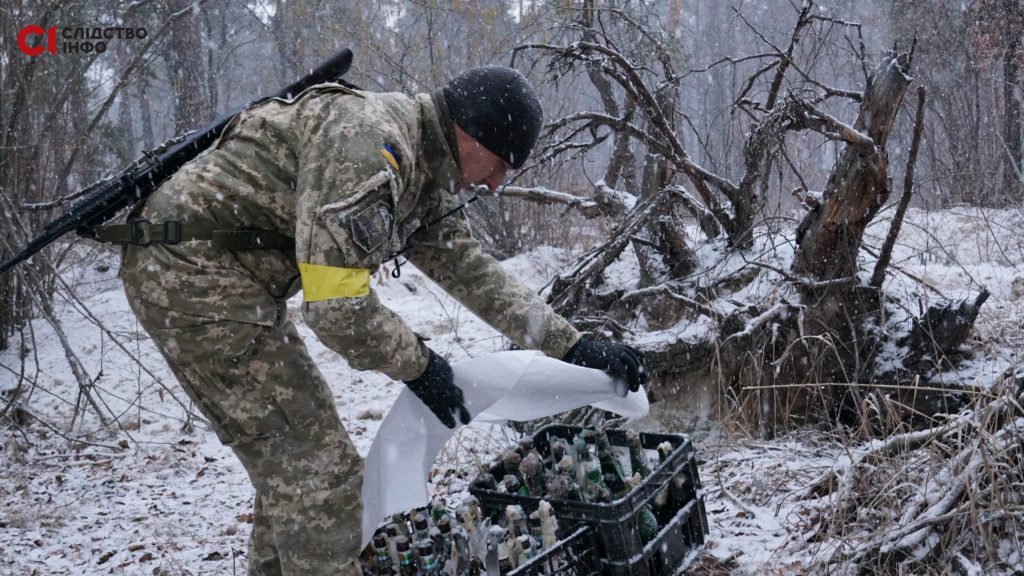 The Specialized Anti-Corruption Prosecutor’s Office is a body that fights corruption mainly among top officials. This body monitors abuses of power and violations by the deputies, government officials, judges and businessmen involved in embezzlement.

Prosecutors oversee anti-corruption cases, which are investigated by the National Anti-Corruption Bureau of Ukraine detectives, and then prosecute.

“When we had completely removed the materials (of cases – ed.), I provided an evacuation to Lviv and clocked myself out to war, so to speak. I conducted a roll call then, asking who was leaving and who was staying. At first, there were two prosecutors saying they were not going anywhere, so we decided to join the Kyiv Territorial Defense brigade,” says Hryshchuk.

A few days later, they were joined by several other colleagues, who had first taken their families to safe places and then returned to the capital. The Head of Department of the Specialized Anti-Corruption Prosecutor’s Office Serhiy Kozachyna did the same.

“I took my family to Lviv and went back. The children still know nothing. I told my wife that I must do it. At first, I told her that I was called away for work. Then, after I came here, I told her the truth ,” said prosecutor Kozachyna.

He has no experience in combat operations – only the military department at the university is under his belt. 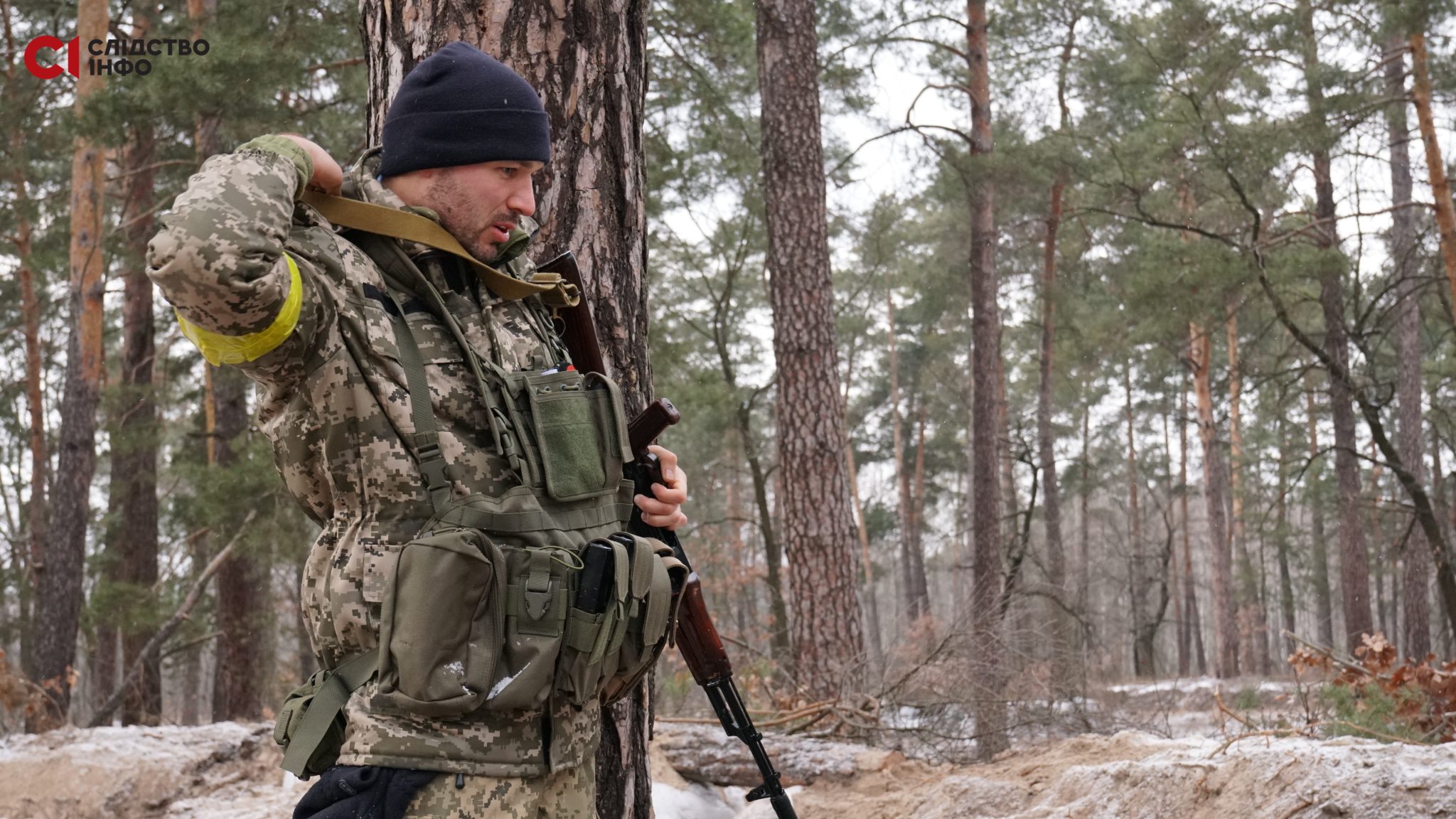 Prosecutors have been at the war for more than a week. They carry a combat duty, set up positions and learn how to shoot a machine gun. Only two of them have some combat experience, in particular, their leader and a commander now, Maksym Hryshchuk. He is a participant of military operation in Donbass, defended the Donetsk airport. He is now passing on his combat experience to his subordinate prosecutors.

“I did realize that this story must have an ending, it could not last forever. Crimea, Donbas, there must be some solution. This is the solution now,” says Hryshchuk. 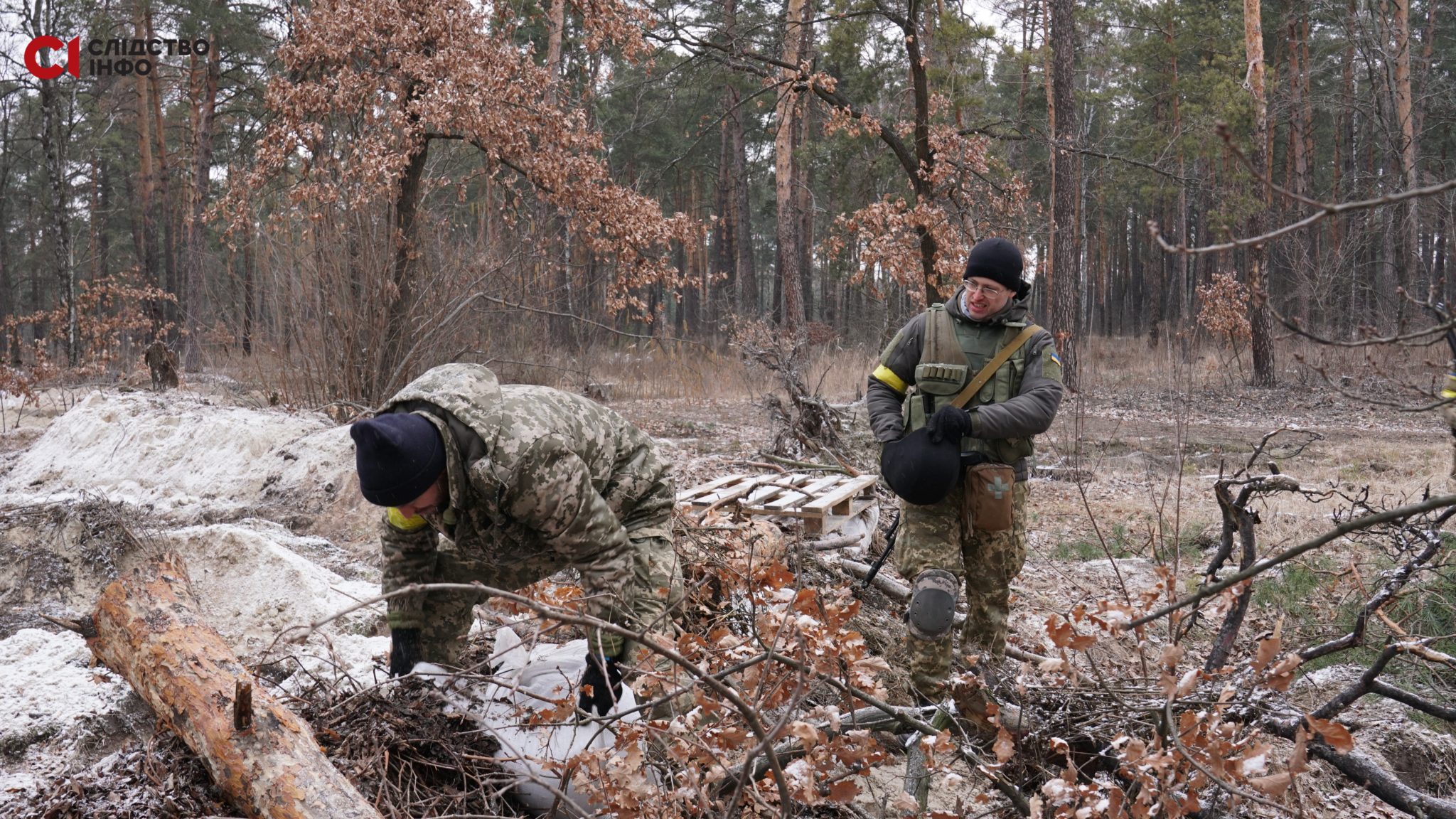 A fresh trench has been dug on the prosecutors’ battle position, on a snow-covered forest glade near the road. The militaries, who were officials until recently, are arranging a place for machine gun fire. Someone put the bags in a wrong way – they need to be rearranged.

There are old boxes in which locals put homemade Molotov cocktails next. Gryshchuk says that prosecutors had recently tried throwing these cocktails for the first time in their lives. Only one of them, prosecutor Ihor Semak, had done this before, he “trained” during the Revolution of Dignity.

“Locals come in crowds and offer their help. We are just driving them away and say that we have positions here and they can’t wander around here. Volunteers also provide products. First course, second course, compote. They even bring fruits, so we eat well” says Hryshchuk. 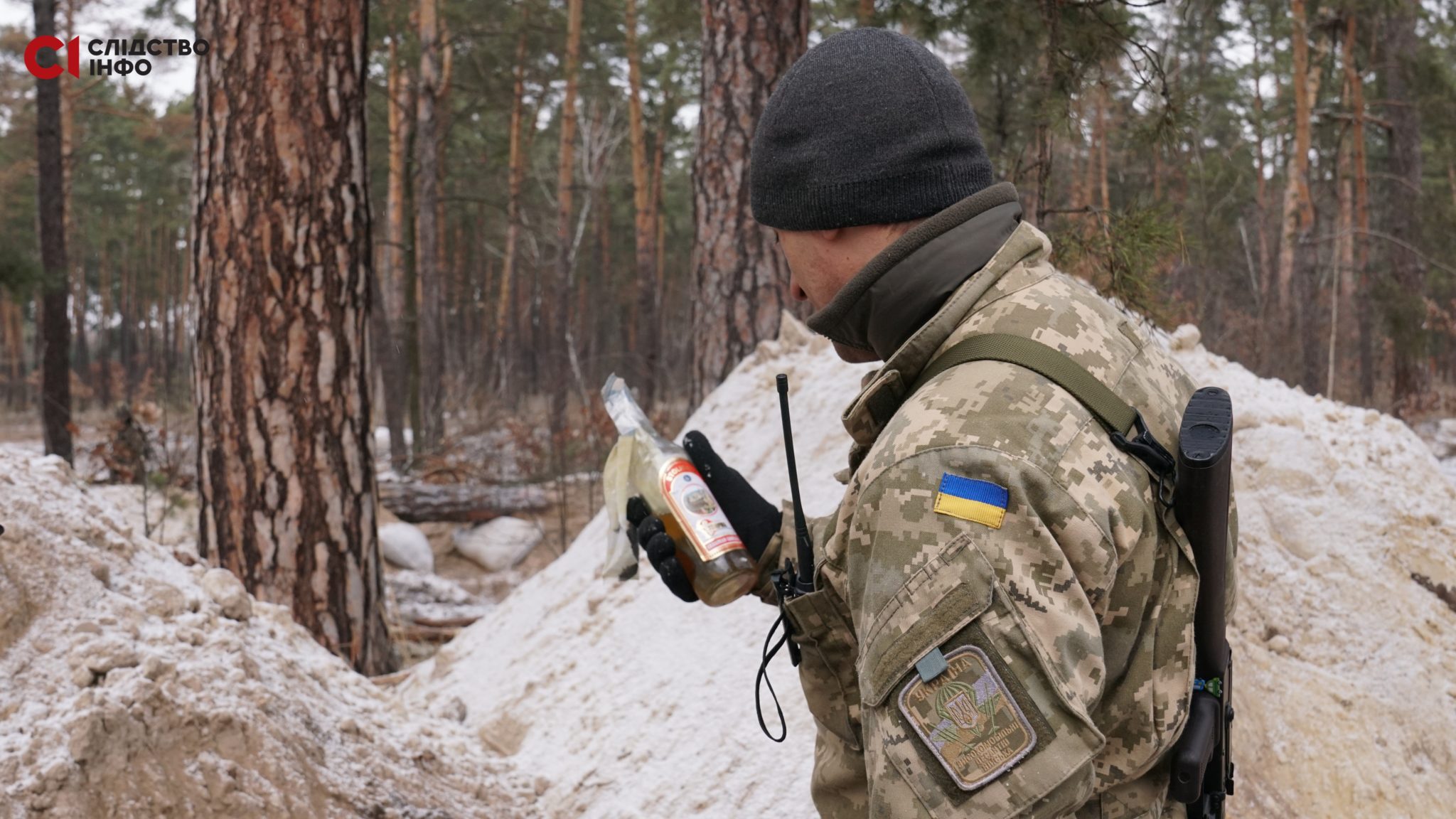 Prosecutors say they pressed pause on an active fight against corruption. Some detectives from the National Anti-Corruption Bureau and prosecutors from the Specialized Anti-Corruption Prosecutor’s Office have moved to Lviv and are trying to work from there. The main task now is to save the investigations of anti-corruption cases against top officials so that they do not stop due to some legal nuances.

“We are trying to keep the procedural deadlines in our investigations. We also send part of the bails (money contributed by the suspects so as not to be detained during the investigation or trial – ed.) to a special account of the Armed Forces of Ukraine. There are cases when our suspects file the applications and voluntarily transfer these funds to the account of the Armed Forces. To the needs of the state. Then, perhaps, it will be somehow taken into account when the case is going to be heard in court,” said anti-corruption prosecutor Maksym Hryshchuk. 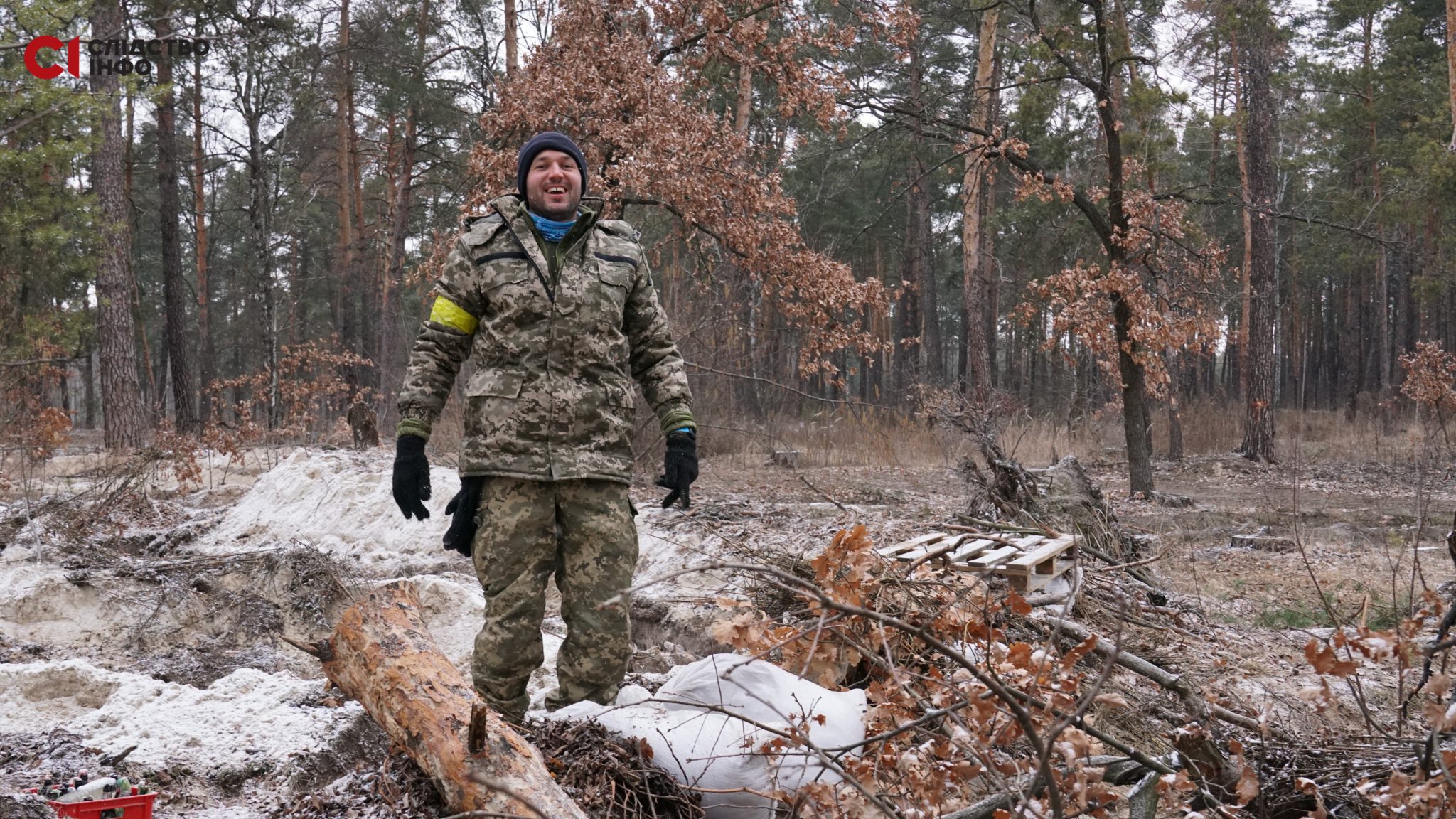 After winning the war with Russia, Gryshchuk plans to return to the Anti-Corruption Prosecutor’s Office, to his usual job – the fight against corruption.

As well as his fellow prosecutors, who are still sitting in the trenches and preparing for the repelling of the enemy in the event of renewed attempts to capture Kyiv. 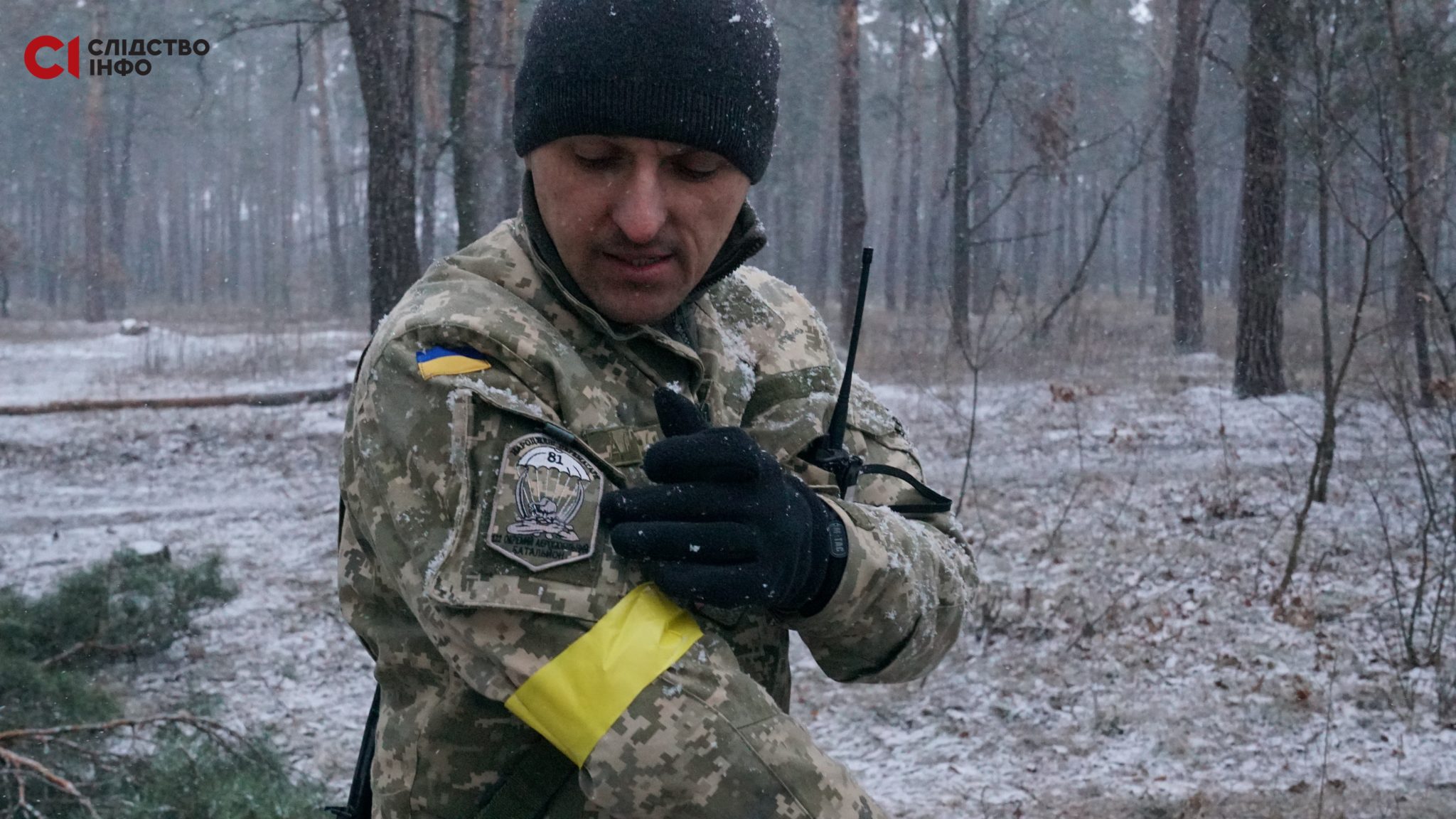